It’s that time of year when I look back at the last 12 months and choose my best and ‘not that great’ moments. I don’t think any of us thought that the pandemic would last so long and that another year on I would be including it in my yearly reflections but we can only hope that 2022 is a better year for travel. Here's looking back on 2021. 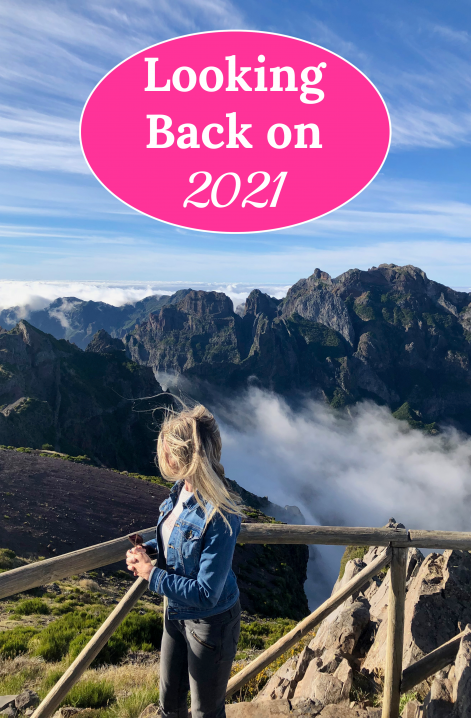 This year I still managed to travel, returning to cities and visiting new ones. In January I returned to Oslo for 3 weeks to spend time with my ex-boyfriend, in July I went back to my former home of Barcelona and spent a long weekend in San Sebastian, a city in the Basque country that I hadn’t yet explored.

In September, I spent 4 weeks in Madeira and also visited the island of Porto Santo before flying to the Portuguese mainland for two weeks.

In November I flew to West Africa. It had been nearly 3 years since I had taken my first trip to this region and due to being unable to obtain a Cameroon visa at the time, I was forced to cut my trip short and put a month-long overland camping trip on hold.

This year was the first opportunity to be able to go back and after a few days of being solo in the Gambia, I joined a big orange truck and 19 other campers to drive from the Gambia through Senegal, Guinea, Guinea Bissau, Sierra Leone and Liberia, where I left the truck and my new-found friends in Monrovia, the capital. 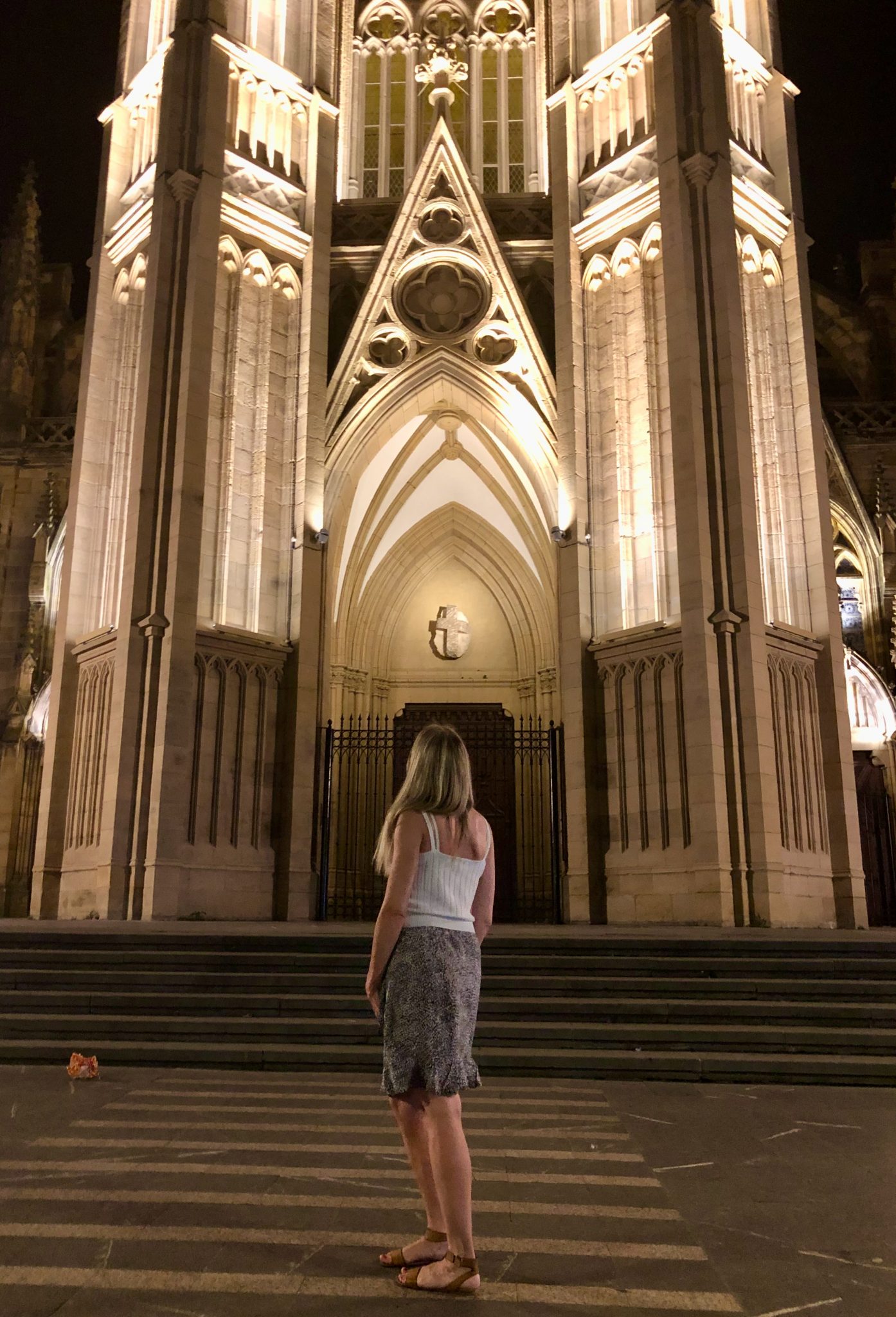 The cathedral in San Sebastian, Spain

My New Destinations in 2021 Exploring the interior of Madeira on a jeep safari

My main highlight was getting back to life as a digital nomad and trying out coliving and co-working spaces. Some of us aren’t meant to keep still so as soon as I was given the all-clear after my jaw surgery I was back on a plane! It felt so freeing to be back travelling again; deciding if I want to spend more time in a place or move on to the next.

If there’s something I love more than cafe hopping, it’s checking out co-working spaces! Having worked from home for several years I now find myself yearning for company and office space. So being able to travel and check out co-working spaces is something that I made a priority this year. I spent time in Madeira and Portugal trying out different co-working places as a potential base. 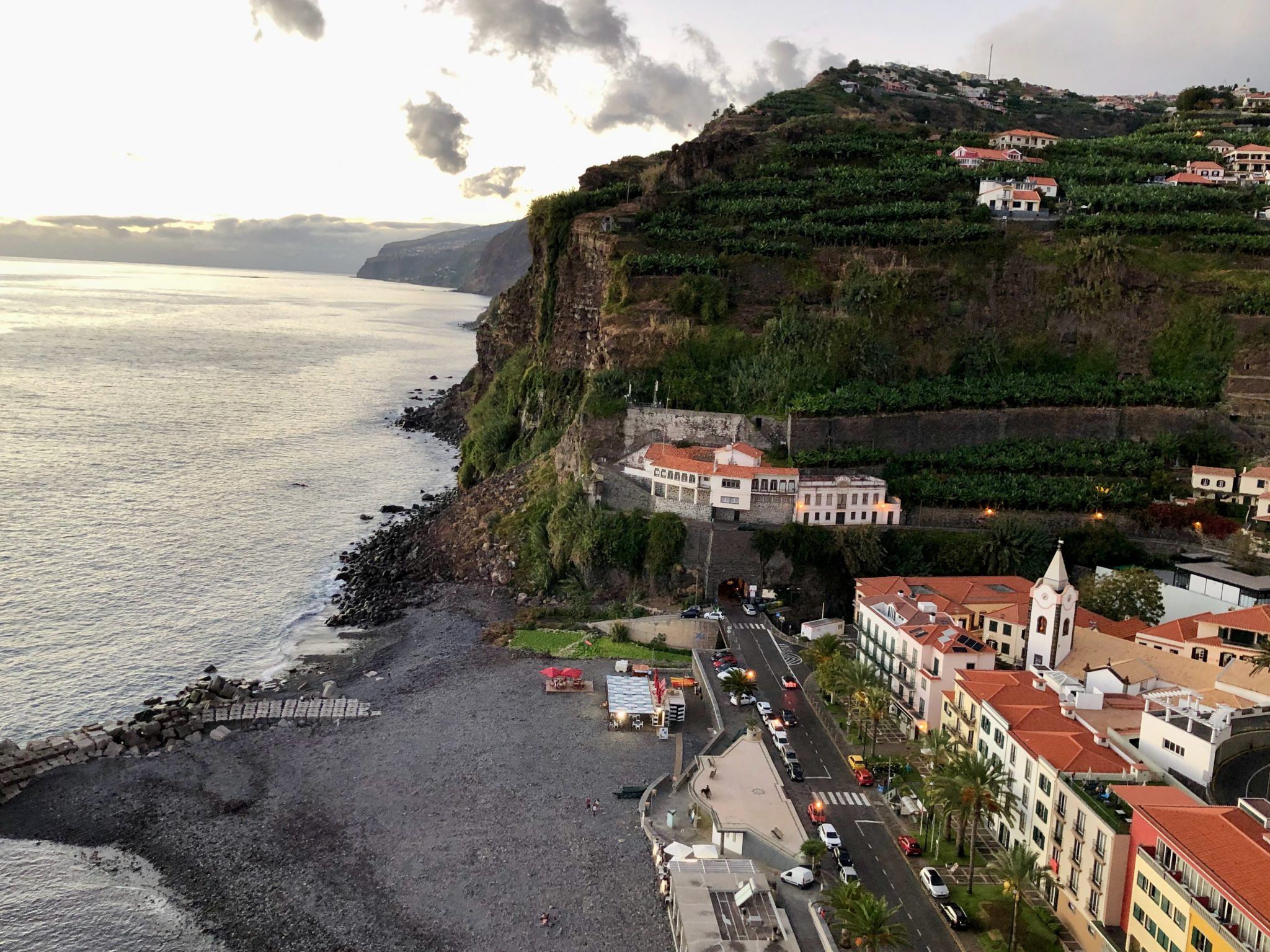 With gorgeous places like this in Ponta Do Sol, I fell in love with Madeira

Falling in Love With Madeira

This island just blew me away. My month in Madeira was full of adventure, spontaneity and serendipity and I felt sad to leave. I flew to Madeira to check out the digital nomad community only intending to stay for two weeks. A month later, I left the beautiful island that captured my heart. There's something so special about this island. The striking landscapes, the black sand beaches and the lush interior feels more like you're in Asia than on a Portuguese island.

I loved the Poncha (the island's favourite tipple), the nature and the walks and every area that I stayed in felt different from the last. I was the first-ever guest in an eco property in a national park and felt so honoured to be their very first! I'll be writing a solo guide on Madeira this month to inspire you to visit the island too. 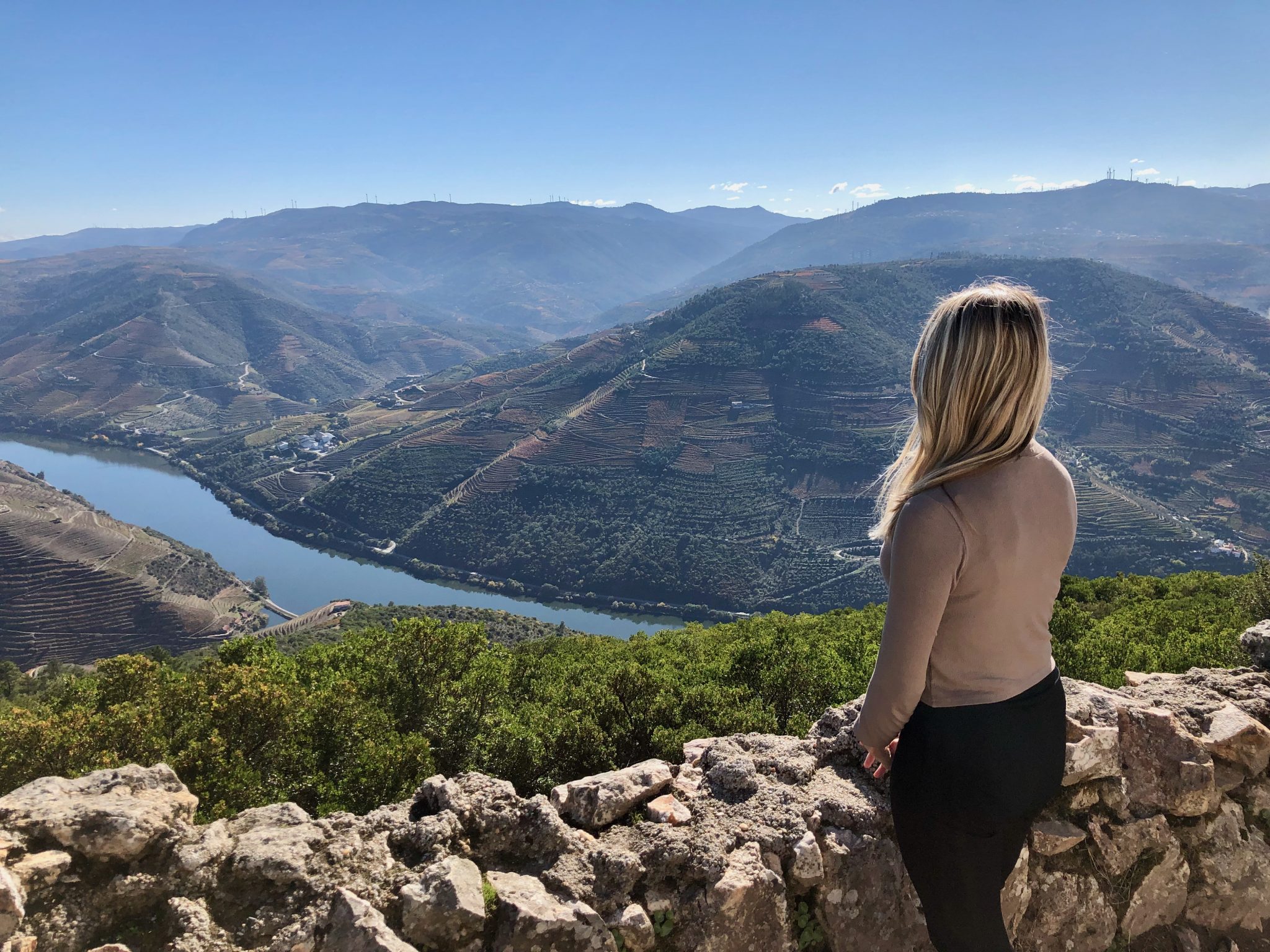 Looking over the Douro Valley in Portugal

Being Wowed in Portugal

This year I returned to Portugal and spent two weeks visiting Sintra National Park, Peniche, Coimbra and Porto. I had two wow moments whilst I was here. The first is at Pena Palace which is absolutely stunning (think Gaudi on psychedelics and you'll get the picture).

I lost count of the times that I said “wow” when I saw this palace. The Pena Palace is called one of the world’s most magnificent palaces and I can totally see why. Firstly, there is something very magical about Sintra National Park. It feels very calming and even the hike to the palace is gorgeous. Built for Queen Maria II, the palace is a mix of a 16th-century monastery and a 19th-century castle with vibrant colours and patterns. If you’re in Portugal you have to see it.

My second wow moment was at the Douro Valley (the picture above). I’ve been blessed to see some amazing landscapes in my travels but this valley blew me away. It was made even more spectacular with the autumn colours in a dazzling display of reds, browns and yellows. I had heard about this region which is famed for producing some of Portugal’s best wine and am so glad that I visited. My tour included a boat cruise and a visit to a winery to sample three of the ports that this region is also known for. If you’re planning to go to Portugal add this to your itinerary too! 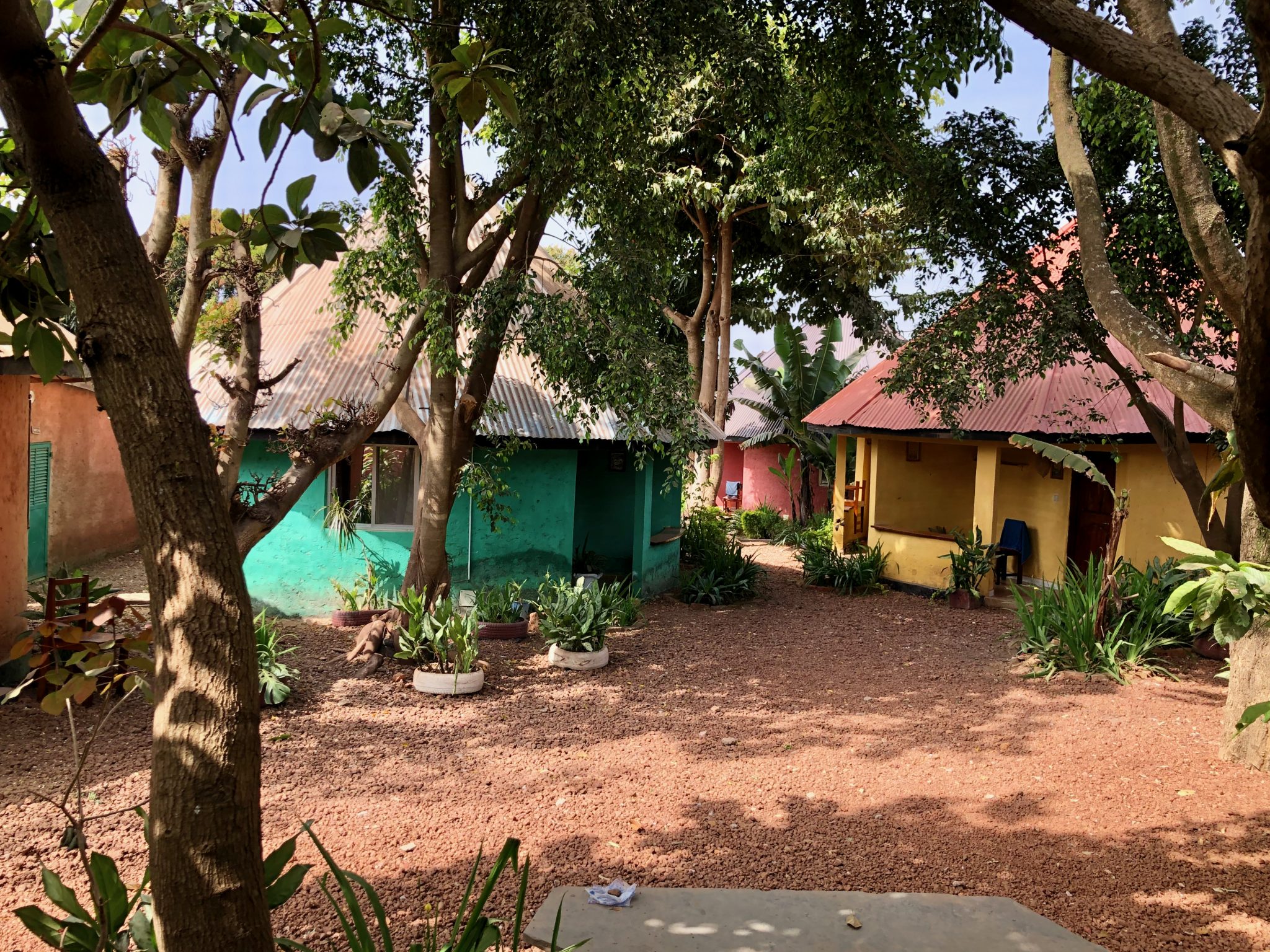 The huts in Guinea where I spent my birthday!

Spending My Birthday in Guinea

I love spending my birthday in a different country. Last year I was lucky enough to see the Northern Lights in the Arctic Circle in Norway (you can read about it here). This year I was in Guinea, a West African country with 19 other campers on a month-long overland camping trip. Arriving at accommodation for the night of my birthday was such a treat after two days of bush camps and no showers. I couldn't have wished for a better place and the group treated me to plenty of sangria and a Latin dance party before I retreated to my round hut to check all my online birthday messages.

Being in Guinea for my birthday was the 11th country that I’ve now celebrated in. Let’s see where I’ll be for next year’s birthday! 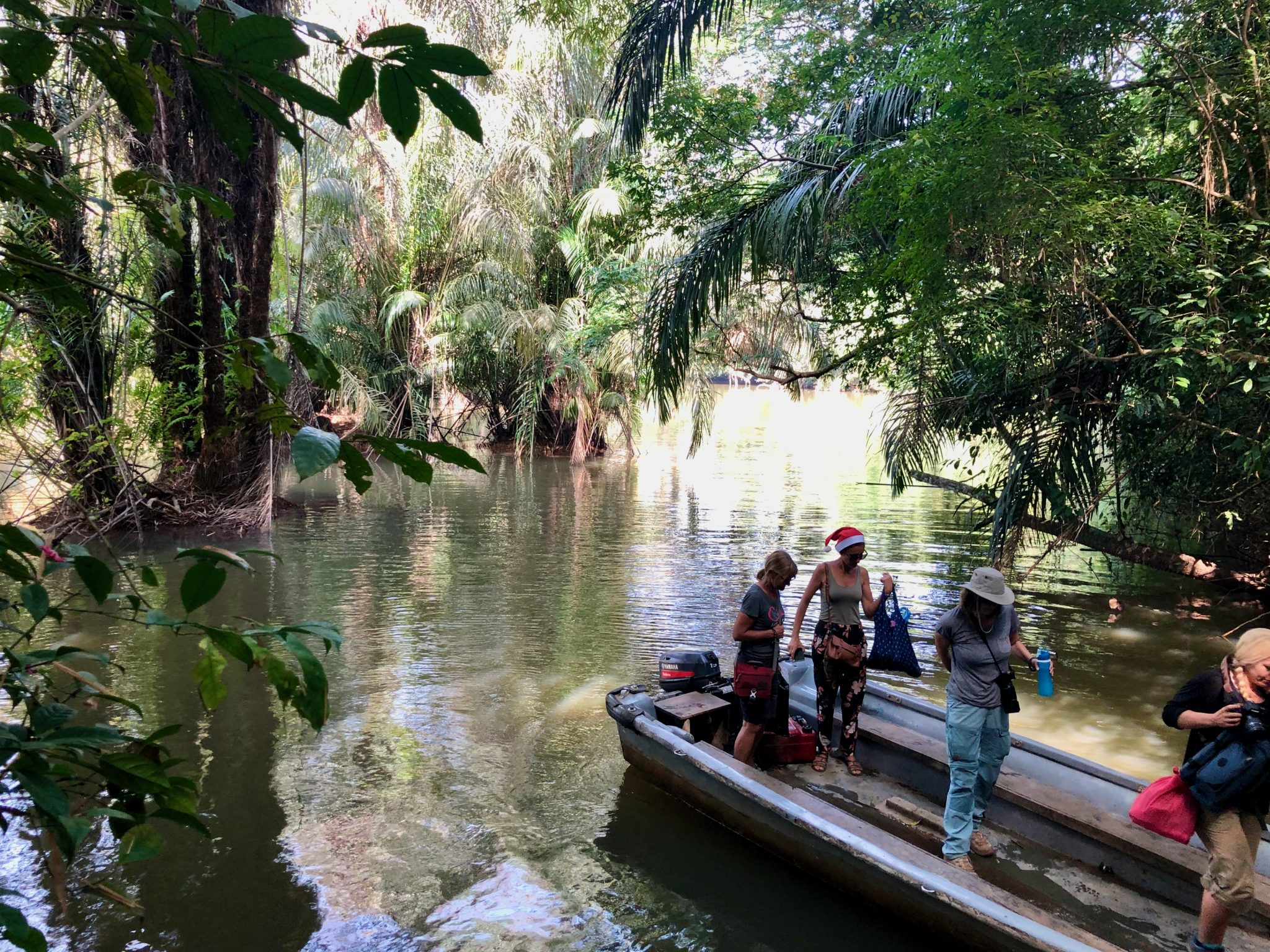 I never anticipated that I would be seeing fireflies and playing tag with children in a village in Sierra Leone at Christmas. Sierra Leone really moved me in so many ways. There have only been a number of countries that I have come across that have really impacted me. One was Bosnia and the other Colombia. Now Sierra Leone is in my top three.

As for Christmas, it didn't really feel like Christmas day mainly because the weather was 39 degrees Celsius with 99% humidity and we had celebrated with our camp secret Santa and Christmas songs the night before. But to spend it in a small village with so much laughter and playfulness was what Christmas should be about. I'll be writing about West Africa soon. 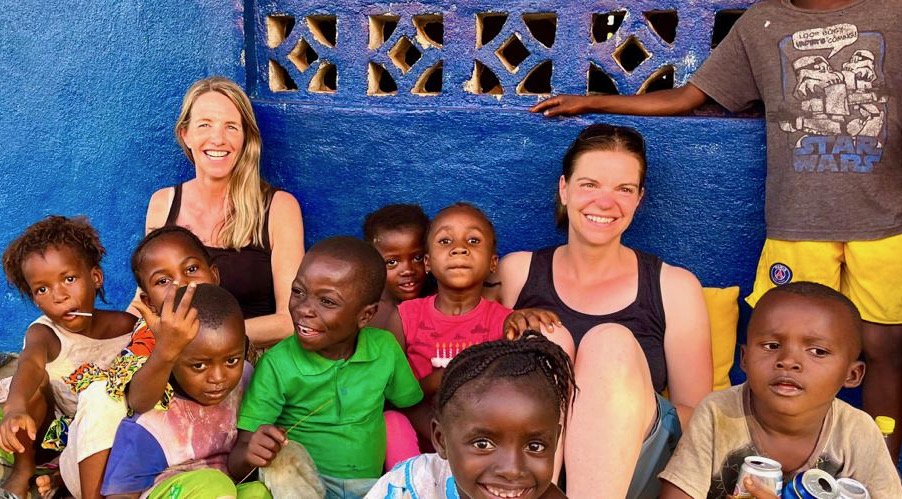 The kids who I played tag with on Christmas day constantly wanted their pictures taken!

I have been so lucky to have made so many connections this year. Whether it has been strengthening old ones or creating brand new ones, I just love meeting people and learning about their lives. Travel always seems to bring me serendipities from a fleeting moment sat next to a Guinean man whilst our truck was being repaired, to staying with a Gambian couple who ran a women’s empowerment project in the country.

Having a powerful connection with a first date on the romantic island of Porto Santo that continued until London, to meeting a girl in Sintra who felt like a long-lost friend. If there’s something the last 2 years have taught me is how important connections are in my life. 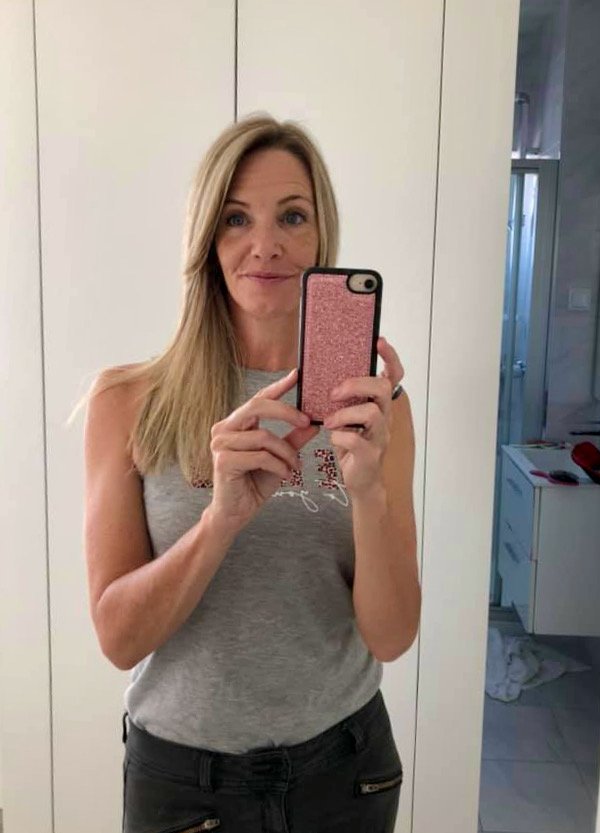 Four months after my jaw surgery

The Challenging Parts of 2021

Having double jaw surgery. This should really be a highlight but after the initial operation, I had to return to the hospital for another operation as my bite hadn’t aligned. I underestimated the mental strength I needed and experienced an identity crisis. It’s been 6 months and my face is constantly changing. I still have tightness around my mouth where the nerve endings haven’t fully come back and my jawline and lips are constantly changing. Two months ago I accepted my new face but since then it has changed again. Let’s hope it settles down in a few months and I like who I see staring back at me in the mirror.

The never-ending travel restrictions. Being used to being nomadic I find it so hard being back in the UK and having to be dependent on others. Not being able to just jump on a flight and see my ex-boyfriend was challenging. I waited for months for Norway to open their borders only to then experience the end of my long-distance relationship (I wrote about it here). But on the plus side, being able to fly back to Barcelona and then to Madeira instead helped me to get over my relationship as I felt the empowerment of solo travel yet again. Now I have finally let go of meeting someone and am focusing on me for 2022.

Not making it work with Girl about the Globe. Running your own business definitely has its ups and downs and being on the emotional rollercoaster trying to make things work again after Covid has been really challenging. I felt as though I was back to square one after putting so many years’ work into it. With never-ending travel restrictions, I am finally accepting that I need to look for alternative employment until travel properly comes back. 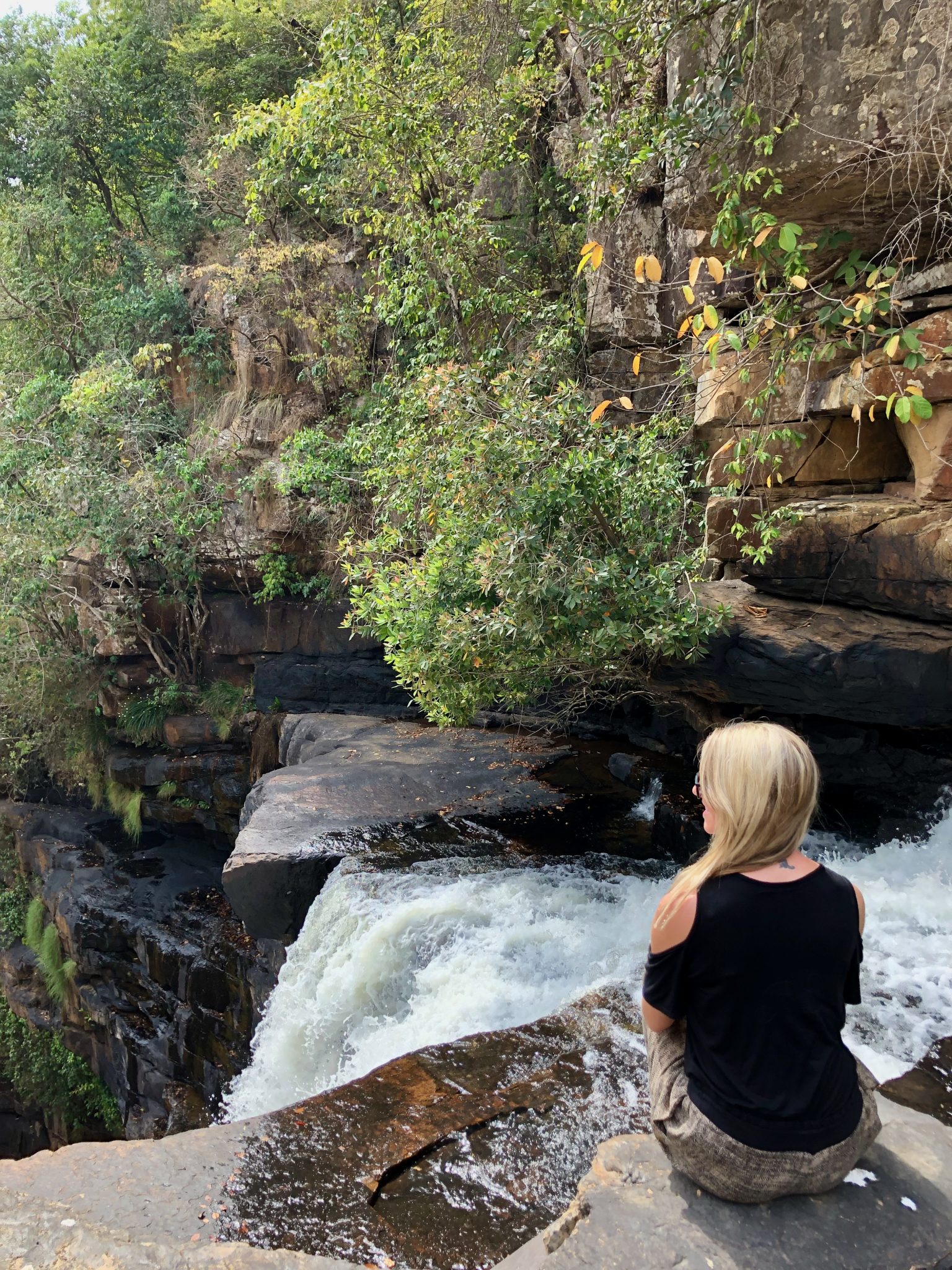 At the top of one of the many waterfalls in Guinea

I’ve always lived my life in the flow never really knowing what lies ahead with plans shifting and jumping on new opportunities that arise but this year I have felt my priorities shift. I’ve now turned 46 and have had such an amazing life full of experiences but now it’s time to get a better balance. Hopefully, this year will bring some stability for a new base. I also feel a push to get into journalism. I have seen so much in this world and want to share my stories and experiences and show the world how it really is.

My Africa trip bought some much-needed reflection time where I could step back from the brand and everything that is happening in the world and really focus on what I need and want moving forward. For 2022, I want more connection through co-living, co-working and through my own community.

So I’ll be starting solo travel workshops to help connect with other solo female travellers and help them plan their trips and I’ll be focusing more on storytelling. The reason why I started my blog in the very place.

I’ll also be continuing the divorce site that I started this year and reaching out to others who have got divorced to start a community where they can connect. This year is all about collaboration and connections.

If I have to choose a quote to finish off the year it would be “Be yourself. Everyone else is taken.” – Oscar Wilde.