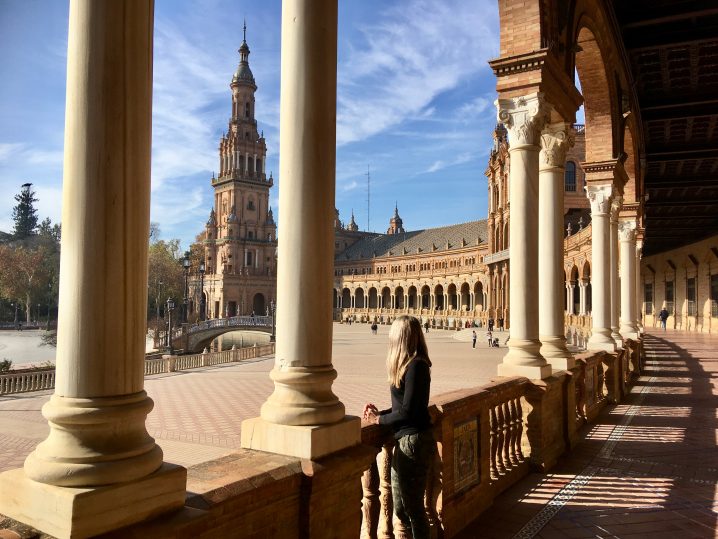 As 2020 approaches, it’s time to look back on 2019 and my best and worse moments of the year. I am writing this from my ‘where am I going to live next trip?' where I am on the road searching for a place to call home next year.

This time last year I left my base in Barcelona to start a three month trip to West and Central Africa. Having to leave my African trip early I stayed in England intending to make the UK my home again after six years of living and travelling abroad. But after five weeks of being there, my instinct was telling me that it wasn’t the right decision.

It was during this time that I received the news of the passing of Rachel from Hippie in Heels, an amazing human being who I had interviewed for my blog. Hearing this put everything into perspective for me and was a reminder that life is short and we have to make the most of every moment. I booked more travel and decided to pursue my goal of 100 countries solo by the end of 2019.

What should have been me settling down turned into a constant year of travel. This year I have visited 19 countries (11 new ones) and revisited some old ones.

I’m really proud of my achievements this year. 2019 was the year that I finally reached 100 countries solo. I no longer feel the constant pressure to keep traveling and can now finally write up all the destinations that I have travelled to.

More awards! It still amazes me that people even read Girl about the Globe so it’s so rewarding to get acknowledged for all the years of hard work that I have put into it. This year I was awarded: 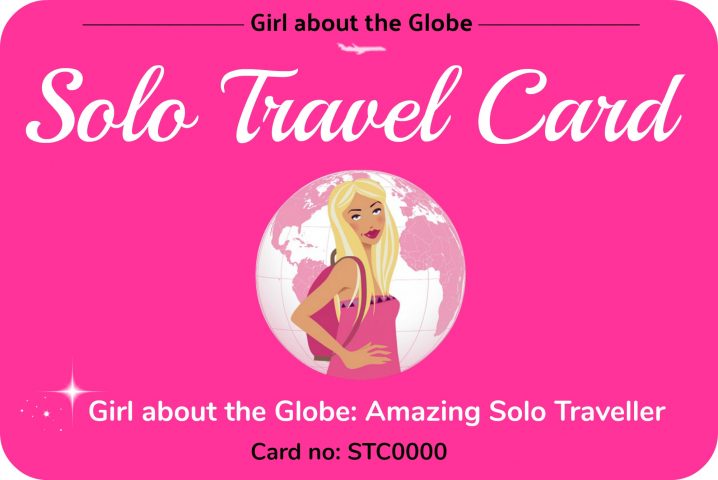 This year I had the vision of producing the first-ever Solo Travel Card, a discount card for solo female travellers promoting solo female-friendly brands. Reaching out to companies that I believe in and having 33 brands believe in my idea in return was the best feeling. It’s so scary to put yourself out there and create something new. To have others believe in my vision pushed me to create the card and put it out to my community. 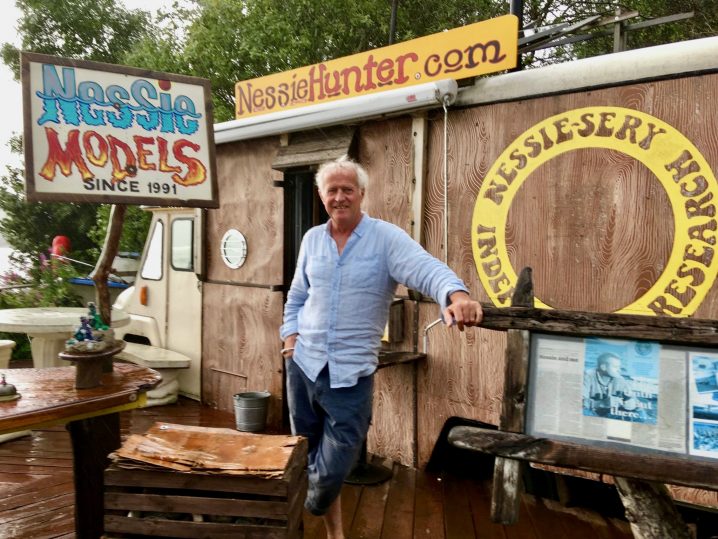 Seeing Loch Ness and meeting the Nessie Hunter! Having grown up with the legend of Nessie (the Loch Ness monster), I couldn’t believe that I was at Loch Ness where the sea monster was allegedly spotted all those decades ago. After leaving Scotland, it was reported in the news that the Loch Ness Monster may have been a giant eel. Sending a huge hug to Steve and his seventeen years of dedicating it to Nessie. 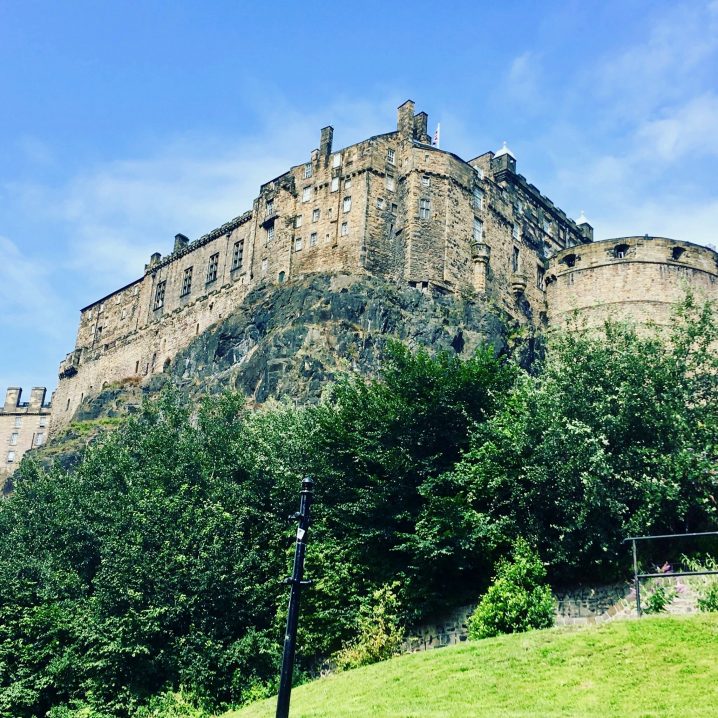 Going solo to the Edinburgh Fringe and being blown away by a magician and a mind reader. The Fringe takes place every August for the whole month and it is such a great atmosphere. I didn’t even feel awkward being solo as I attended comedy show after comedy show and even squeezed in a dance performance in to see traditional Scottish dancing. If you’re thinking of going to Scotland I definitely recommend the Fringe. 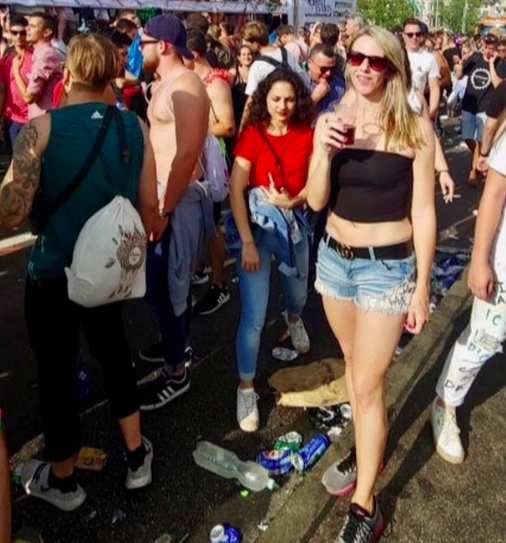 Meeting someone unexpectedly on a trip to Norway then going with them to the Zurich Street Parade in Switzerland. This annual street festival is the world’s largest techno party that takes place around Zurich’s Lake. To be partying in the streets with the rest of Zurich in the open air was definitely one of my highlights. 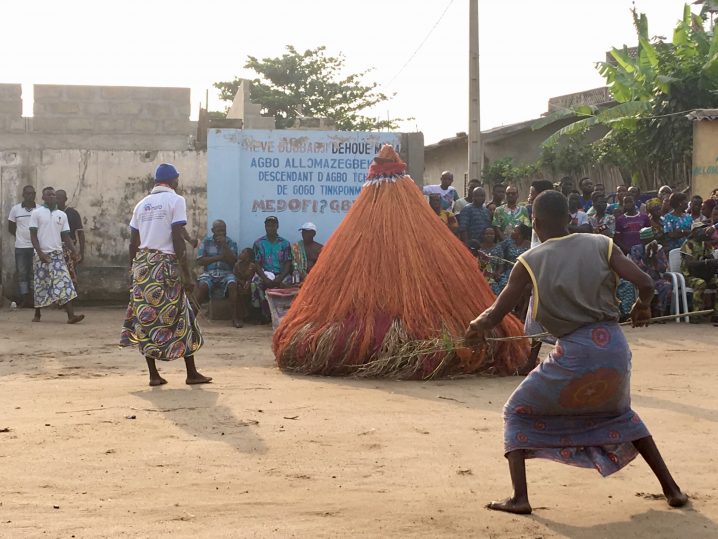 Dancing at a Voodoo Ceremony

Dancing in a voodoo ceremony in Benin. Watching a two hour ceremony with whirling dervishes spinning and being chased with a stick around a circle to the screams of delight from onlookers was such an eye opener. This followed a private ceremony where the voodoo priest told my fortune! Let’s see if it comes true 🙂 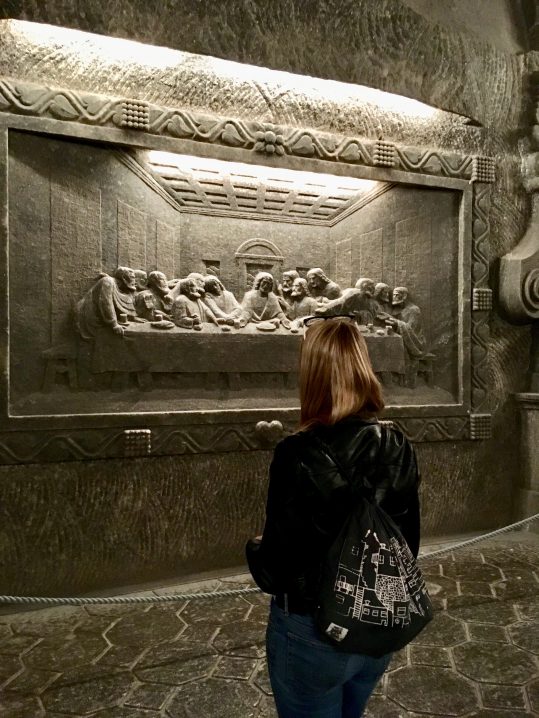 Krakow in Poland. I was so blown away by this Polish city. I had no expectations of it and wished that I had stayed longer than 3 nights. There were so many moments from taking a ghost tour through the old streets to listening to a busker singing the lyrics to Shallow in a park. But my highlight has to be the ‘wow’ moment of walking into the Chapel of St. Kinga at Wieliczka Salt Mine and having a ‘wow’ moment at the crystal salt chandeliers and illuminated sculptures. It’s truly beautiful. 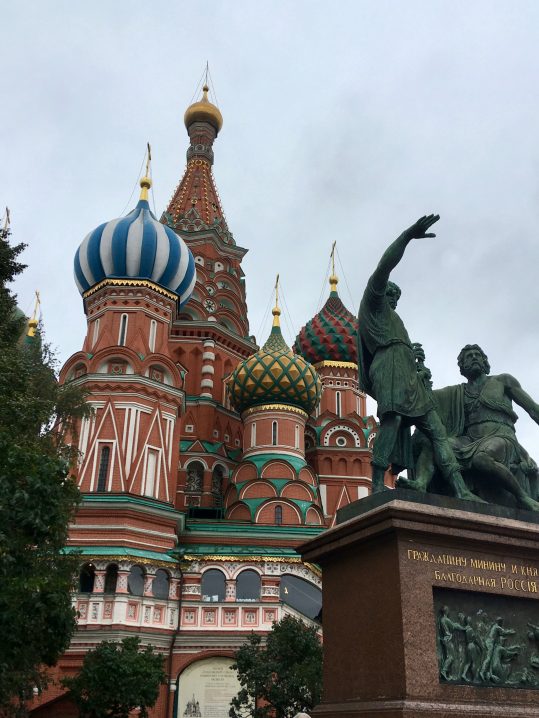 Having a pinch moment of “am I really here?” at the Kremlin in Moscow. Seeing Saint Basil’s Cathedral with its baby rattle-shaped spires was a moment that I won’t forget, including seeing the archway which President Putin used to go to his ‘office.’ Russia really surprised me with its colourful buildings, palaces and grandeur. 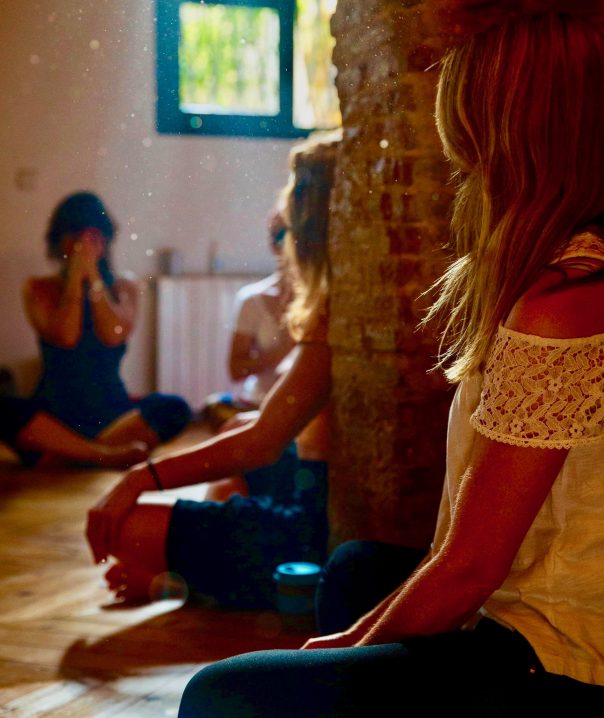 Attending a cacao ceremony. Always one for trying new things and delving into the spiritual world. I attended my first ever cacao ceremony. Made from chocolate that came from Guatemala I was taken into a blissful state of dance and felt amazing for a week afterwards. Yes this is a bit woo woo but for anyone who’s interested I definitely recommend doing it at Shanti Yoga in Barcelona. 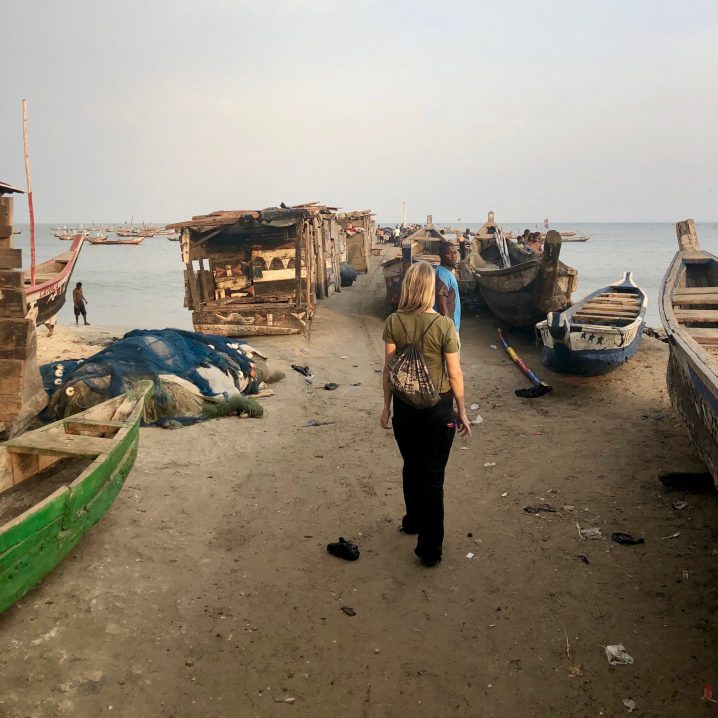 There are many others such as: visiting a project in Belarus that helps vulnerable girls: learning more about Agbogbloshie, the world's largest electronic waste dump: attending the World Travel Market in London: and being treated to a seafood feast and champagne in Lisbon for my birthday but the above are definitely my most remembered highlights. 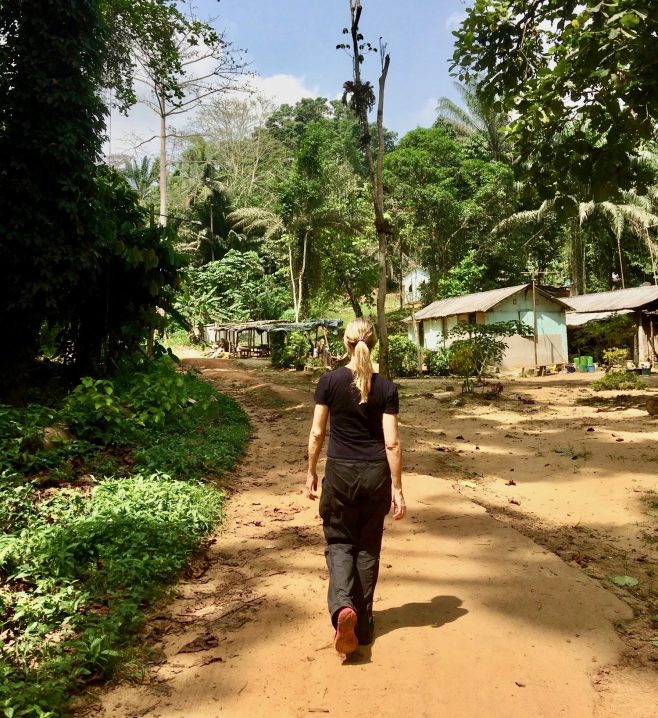 Being Rejected in Africa

Getting rejected for a visa for Cameroon when I was in Cote d’Ivoire. Not being able to speak the language and not even being allowed into the embassy filled me with anxiety. It seems that the only way I would have been granted a visa would be through a bribe and being a woman alone, that was definitely not an option. Unfortunately I had to cancel the rest of my trip and I was unable to meet my friend in Cameroon for our month-long camping adventure through Central Africa. 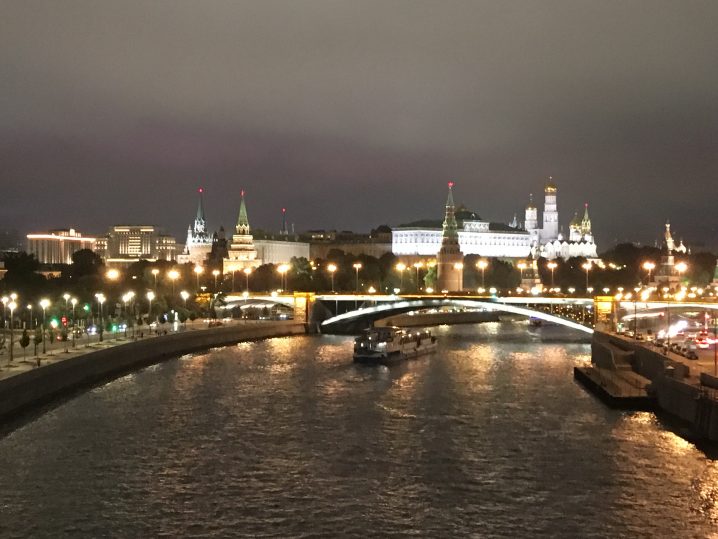 Getting Sick in Russia

Getting sick and feeling isolated in Russia (I definitely recommend a tour for this country). Russia is the largest country in the world. It’s colourful, grand, and a cheap country to visit but it does come with its challenges too, mainly the language barrier. As a solo traveller I felt very isolated during my trip. I struggled with the language and didn’t feel confident enough to travel outside of the cities to see the real side of Russia. On top of that I got sick and sharing a dorm room with the most unfriendly women when I was sick was one of my low points. 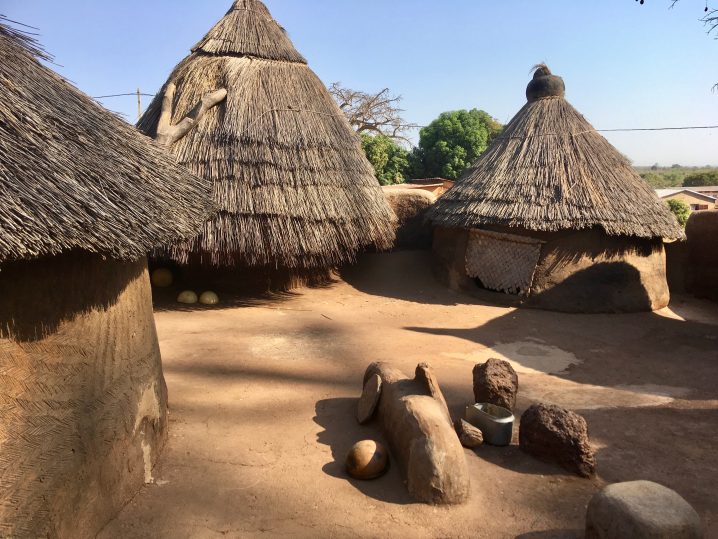 Roughing it in West Africa

Roughing it in West Africa. Camping, bush toilets, humidity and bumpy roads certainly make for a great adventure and I have so much to write up about my trip to Africa but there were definitely some low points during this trip such as hearing gun shot in the middle of the night when you’re in a tent and sleeping in an old asylum centre. But with anything in life you have to experience the lows to appreciate the highs and this trip definitely made me appreciate running water and toilets and everything else that I took for granted. 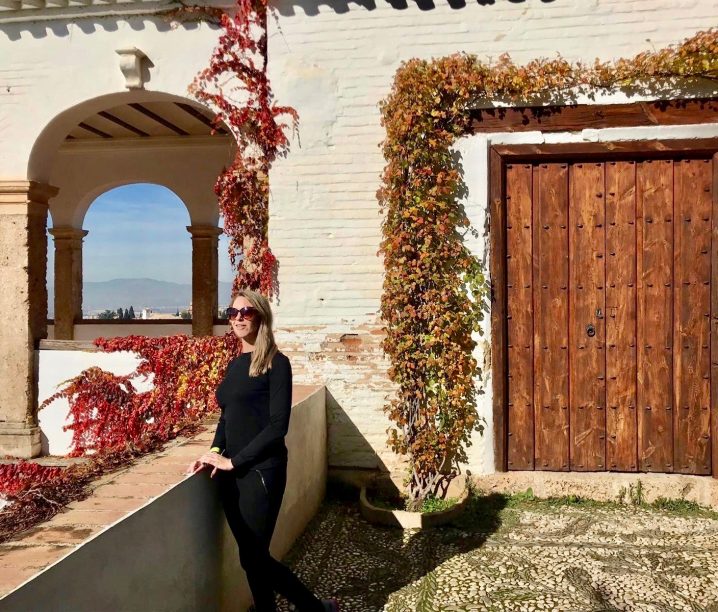 Hopefully some stability and a base. This year was pretty full on and I only stayed still for five weeks. I want to be able to enjoy travel again and not take as many flights. Having a base will really help me appreciate each trip that I take.

Jaw surgery. It’s been 1.5 years since I’ve had braces and this summer i’ll finally be having jaw surgery to correct my bite. Scary stuff!

Reducing and offsetting my carbon footprint and more overland travel which includes another Africa trip. Not being able to join the trip in Cameroon this year means that I can go in 2020 instead. But instead of the original route which would have taken me through the DRC (which is definitely not a good idea), I’ll be travelling through Ethiopia, Djibouti, Eritrea, and Sudan. I also have a long weekend lined up in Santorini too. As for the rest of the year, let's see what the months bring.

I’m also determined to step into a better version of myself for the new decade and say goodbye to old habits, beliefs, and people. Instead of wondering “what if” I just do it. Whether that’s been being honest about relationships (even if I don’t like the answer), or challenging my comfort zone (hello Russia). There is nothing more liberating than that. As humans we constantly evolve. Recognising that people and places shift around us can help us to accept life when it throws us a curveball. I’m learning to trust and as I step into a brand new decade, let’s see where this ever-growing trust takes me. 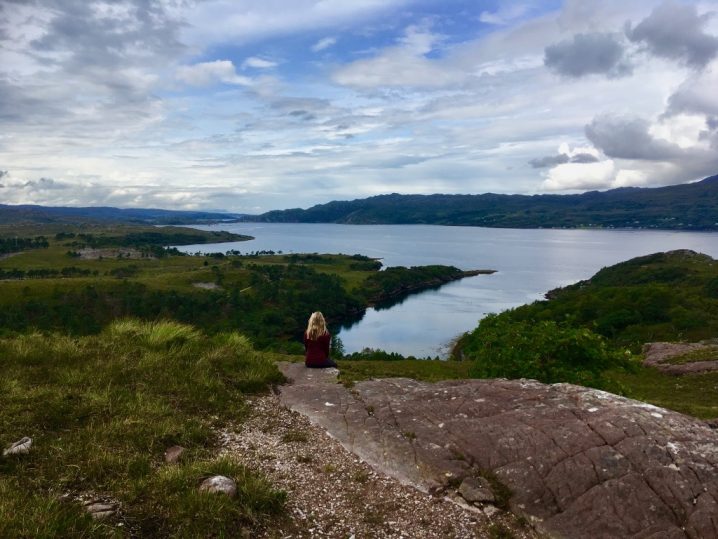 What To Expect From Girl about the Globe in 2020

More content and more writing. Being so caught up in travel, not knowing where to live, and working behind the scenes on my site means that I’m not doing what I really love to do, the storytelling. So, that is a must for 2020. I’ve been travelling too much and not writing enough so instead of fortnightly posts I will be writing a blog post every week. I’ll still be adding a new Solo Destination Guide for a new country every month too.

This year Girl about the Globe has big ambitions. I want to change the way that people travel, encourage more women to travel solo, release an app and start a Girl about the Globe Foundation too! As Les Brown once said, “Aim for the moon and you will still be among the stars.” Bring it on 2020! (Stay tuned to the blog this month to find out what else I have planned for the year).

What are your goals in 2020 and where's on your bucket list?

Divorced, blonde and free, and rediscovering my lust for life. As a forty-something unconventional divorcee I have travelled to 131 countries and 100 of these alone. My goal is to make solo travel easier and inspire you to go solo. Find out more

Next up is Lisbon 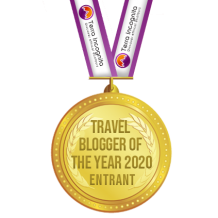