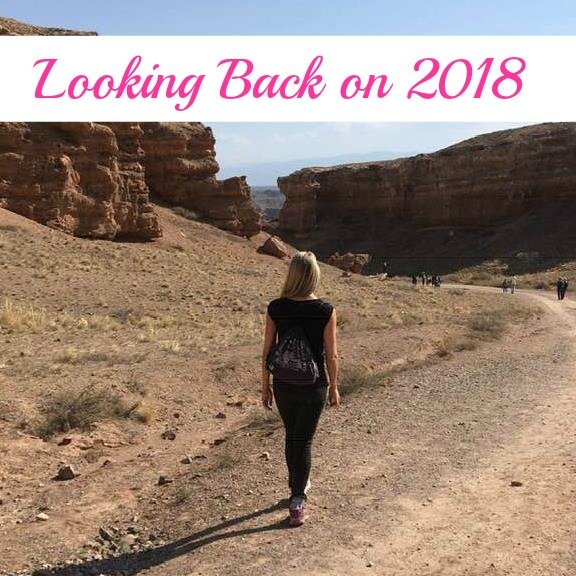 As another year comes to a close, it’s time to look back on the last 12 months and reflect on 2018.

The year has been a whirlwind of adventure. I settled down in Barcelona then six months later decided to leave. As 2018 ends, I’m back in England getting ready for my next trip (keep posted for my next blog post to find out where).

Turning 43 was relatively easy compared to the rest of my early forties. This year has been one of emotional growth for me and of realising what is important to me. It’s been a mix of travelling solo and travelling with others and I’ve enjoyed the ease of being with other people and creating travel memories with others.

I’m venturing into another chapter of my life and am excited to see what 2019 will bring. Here are my best and worst bits of 2018: 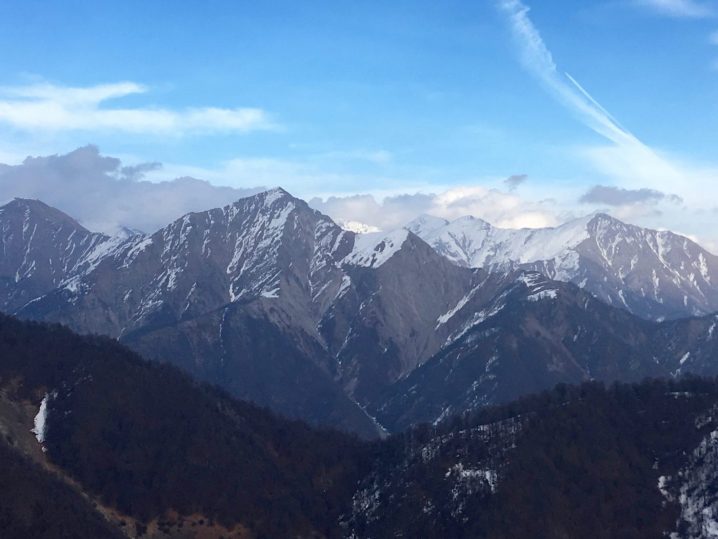 This year has been a great year for travel. Having been to 11 new countries means that I have ended the year on a total of 120 countries and 87 of these solo. As a travel blogger I always feel the need to be on the road and to visit destinations that aren’t mainstream. One of the best things about blogging is being able to go to emerging destinations and try to inspire others to visit them too. Having no expectation of a country always seems to make the best trips. Northern Ireland surprised me and I absolutely loved Belfast. They have the friendliest people and I learned so much about the political situation during my visit.

Being in San Marino when it was snowing was absolutely magical. I felt as though I was in a medieval winter wonderland. Visiting the caucasus countries of Georgia, Azerbaijan and Armenia was amazing. These countries are all so different and I came back with a love of Georgian wine and cuisine and a favourite capital city – Baku in Azerbaijan.

Tunisia exceeded my low expectations too. Having thought that I would have a similar experience as I had in Morocco, I was completely wrong. Instead I found the people completely respectful and I hardly got hassled at all. It is a beautiful country that is trying to recover from its terrorism attack in 2015 and really needs tourism.

The “Stans” were surprising too. This region of the world is a bit tricky to organise independently but it can be done. In hindsight I wish I had spent more time in Tajikistan and Kyrgyzstan instead of Uzbekistan so I’ll have to go back (one day). 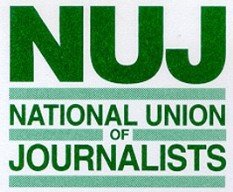 Being Accepted as a Member of the NUJ

Being accepted as a member of the National Union of Journalists is so amazing. This union is tough to get into and I had to wait for 60 days to see if I was accepted.

I also completed my Humanitarian Essentials Learning Pathway 2018 which has given me a good grounding into the work of NGOs. With my goal to become a humanitarian journalist, and create a Girl about the Globe Foundation to help vulnerable girls about the globe, I’m hoping that both of these will help me to achieve this goal. 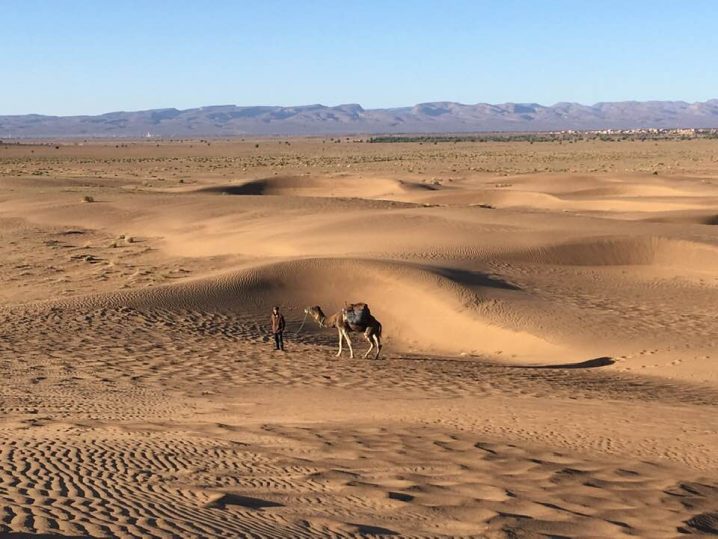 Last year I was running a marathon around the streets of Barcelona for charity. This year I was trekking a marathon across desert plains. My favourite landscape is the desert so to walk across the Sahara with 20 other Brits, Bedouins and camels was the most amazing experience. With the help of everyone who sponsored me I raised £1388 for War Child, who help children in war zones. My trek was with Discover Adventure who I definitely recommend. I can’t wait to sign up for one in 2019. 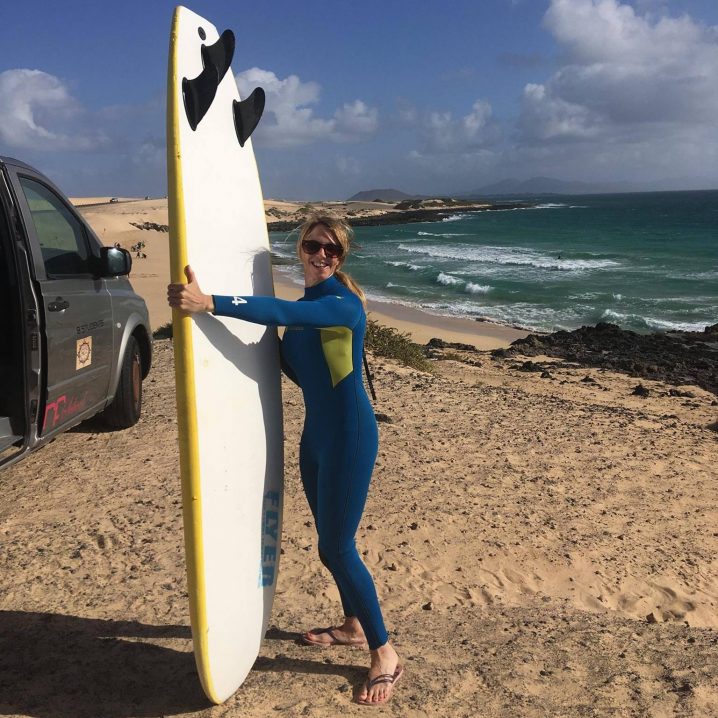 Having never surfed before, I can’t tell you the anxiety that I had before this trip (which was complimentary). On day one I wanted to quit but by the end of the week I was standing on the board and actually enjoying it. This trip taught me to not give into my fears and to keep trying new things as you never know what you may be good at. It was great to be back in the Canary Islands too. 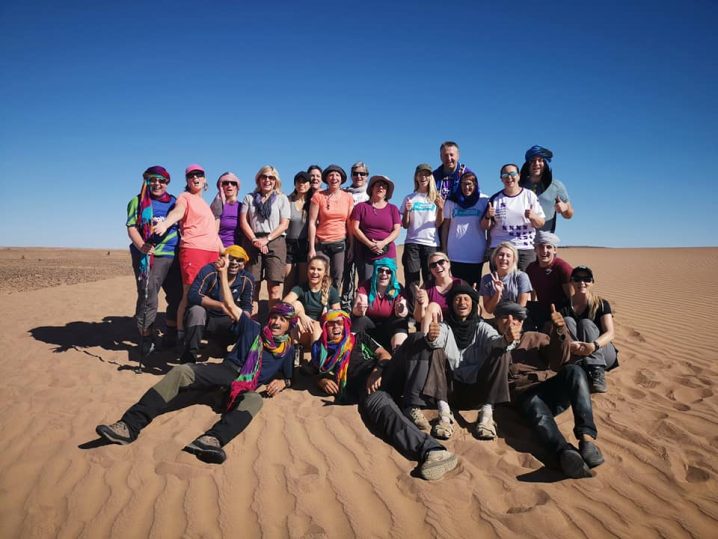 Having travelled to 87 countries solo, I guess you could say that I am obviously comfortable with my own company but this year I found myself being drawn to trips with others. Tunisia, the “Stans” and the Sahara Desert were all spent with company and for someone who travels alone extensively, I relished the ease and fun that came with travelling with others. Regions such as Central Asia were so much easier to figure out with a friend than alone. It’s so nice to say to a friend “Do you remember when we…” I did end the year with a solo trip to Kosovo. 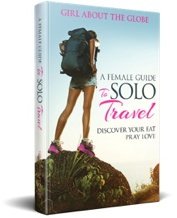 Finishing the 2nd edition of my book!

As 2019 approached, I felt the need to write a second edition of my book. “A Female Guide To Solo Travel” was originally published in 2015 just after I started Girl about the Globe. Since then I have travelled to 120 countries and there are areas which I felt needed updating in the book. Back in 2015 there wasn’t that much information about solo female travel but nearly four years later solo female travel has exploded. With more and more women now travelling the globe, it seems fitting to bring out a second edition. It’s out now – woohoo! You can find the book here 🙂 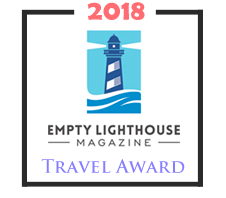 It never fails to amaze me when I receive an award. This year I was lucky enough to be listed within the Top Travel Blogs 2018 – by Movie Hustle.com, and to win a Travel Award from Empty Lighthouse Magazine for one of the Best Budget Travel Blogs. World Trips awarded me a ‘Top Eco-Friendly Travel Blog’, and I was even awarded “Top America Solo Traveler Blogs” by WP Standard (which I presuming is for a US audience being a British travel blogger). Let’s hope 2019 is as fruitful. 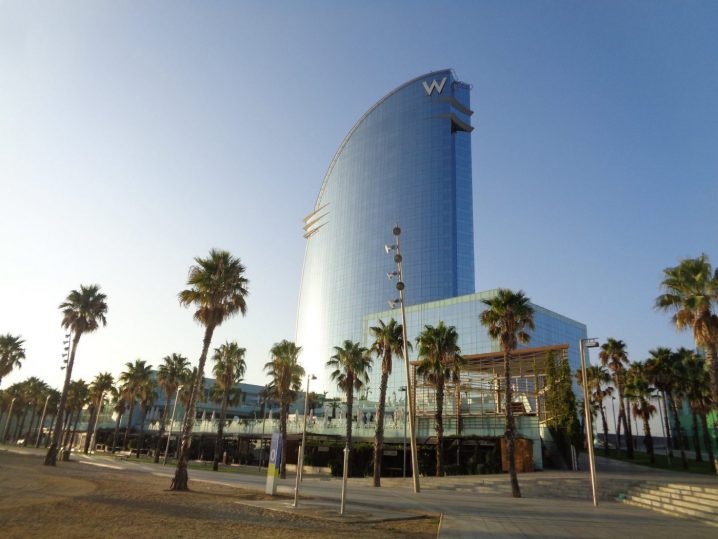 Barcelona is an amazing city especially in the summer and last summer I was privileged to be joined by 3 students from Hong Kong who came to work with me on a work placement.  Being the first time that I had ever worked with anyone on my own brand, it was a huge learning curve managing others and myself at the same time. It was a great cultural experience as well as a professional one. I feel really grateful that people actually wanted to work with Girl about the Globe and to hear that they also enjoyed it. Working and living right near to the beach was a bonus too!

And the worst bits

Losing one of my income streams. Being self-employed it can feel like a constant up-hill struggle to keep afloat. In November I lost my main income stream. But I truly believe that everything happens for a reason and with my desire to change course, let’s see what 2019 brings.