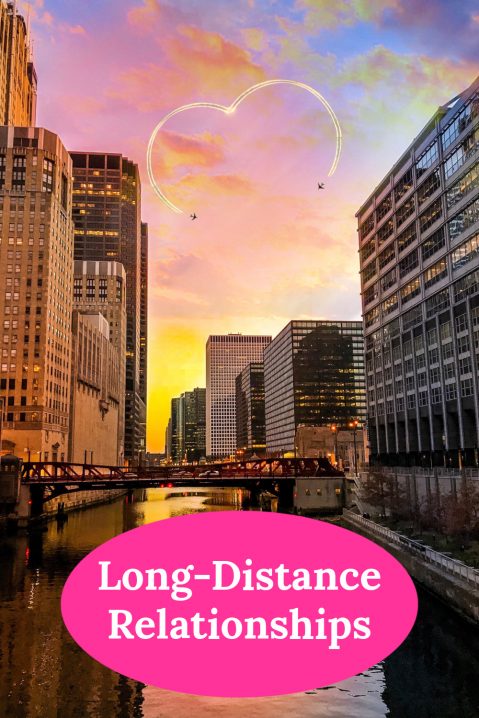 Have you ever associated a destination with a person? Sometimes stories are meant to be rewritten. I hope that this month’s solo insight inspires you to return somewhere to create new memories…

It was June 2019 and I was feeling lost. I had returned back to England with the intention to settle back into my home country but after 5 weeks, my decision didn't feeling right. It was then that I came up with my goal: to reach 100 countries solo by the end of the year. Maybe I wasn’t meant to settle? And planning my trip filled me with the excitement that I had been missing.

Oslo was my first stop. There were so many Airbnbs to choose from but one in particular caught my eye and at the time, I didn’t realise that fate had intervened and a whole new chapter that wouldn’t end until 18 months later, was about to begin.

I had booked 3 nights before my flight to Belarus, but on my third night, as I spent time with my host, fate intervened. 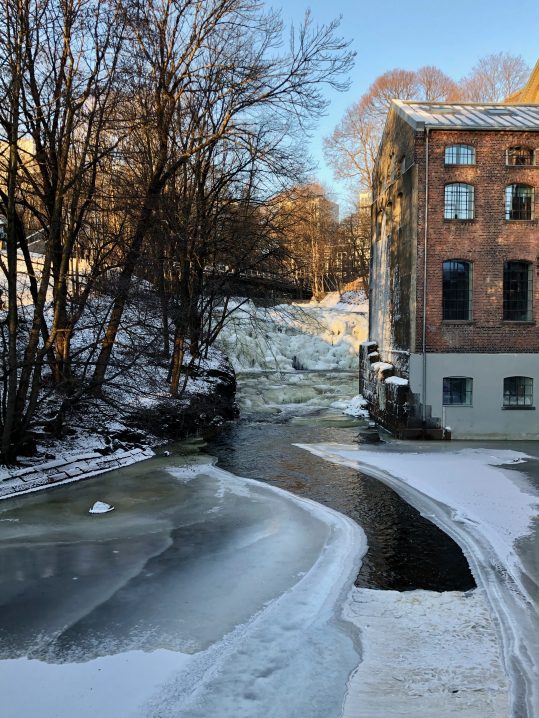 I left a day late for Belarus feeling happy and surprised at making such a connection. A few weeks later at the end of my Europe trip, I flew back to Oslo to be reunited with the man I had met the month before. It started to become a regular thing and we even met in Switzerland for a long weekend. I didn’t know what was happening but I knew that long-distance suited me and my lifestyle. I had the freedom to fly where I chose and return back to Oslo to spend time getting to know someone who I was beginning to see as someone special.

Three months later the bubble burst. Wanting more than what was on offer, I walked away and drowned my sorrows with friends in Barcelona. It took me months to feel okay again, but I concentrated on travel, my brand and achieving my goal.

But unbeknown to me, my Oslo chapter was only on pause and fourteen months later, Cupid shot his arrow back in our direction. After 6 weeks in Greece, I found myself flying back to Oslo. I was unsure of what to expect but I believed in second chances and taking a risk in life. 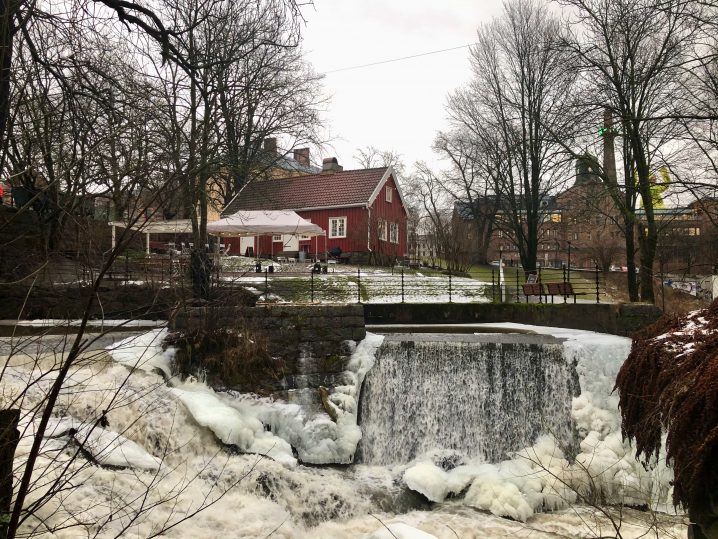 Walking along the river

Being back in Oslo felt great. I used the capital as a base to travel domestically and see more of the country, each time returning back to him. I returned to England for Christmas with a heavy heart. Not really wanting to leave.

In January after hearing the news that my jaw surgery appointment had been cancelled, I jumped at the opportunity to return. Travelling during Covid wasn’t easy with tighter restrictions but Oslo was where I wanted to be. But after two weeks, everything went wrong, and I found myself in a studio alone in Oslo. The city had just gone into lockdown and there were no cafes or restaurants open to sit in. I felt so incredibly alone and sat with the sadness of not being with him.

Staying at his apartment was the only association I had had with Oslo, and being stuck in a city in a studio apartment by myself in lockdown was not what I had envisaged for my Oslo experience. 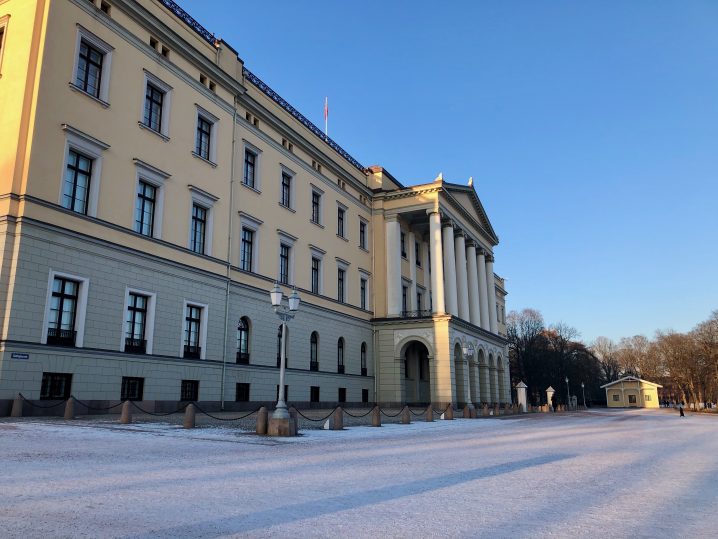 The Royal Palace in Oslo

I knew that I had to rewrite my Oslo story and create other memories without him, otherwise every time that I thought about Oslo, I would only remember him, his apartment, the river that we used to walk along, the supermarket we used to shop at together…

I tried to keep positive and keep myself busy, but all I could think of was being here without him. It was so hard. So, I reached out to a friend I had made in Tromso. I spent an evening with her and her boyfriend beginning to re-write my story. I reminded myself that this was my grieving period. I went for walks (even though it was minus 7 degrees Celsius) to feel the squelching of snow under my feet as I created new memories of the city, trying to erase the memories of “this time last week I was with him.”

During that time we re-connected and erased any bad feelings between us. Five days later when my flight was due to return to the UK, I finally flew out of Oslo for the last time.

I don’t regret going back to Oslo. I don’t regret taking another risk on the same person. It’s better to know than to always wonder what if. 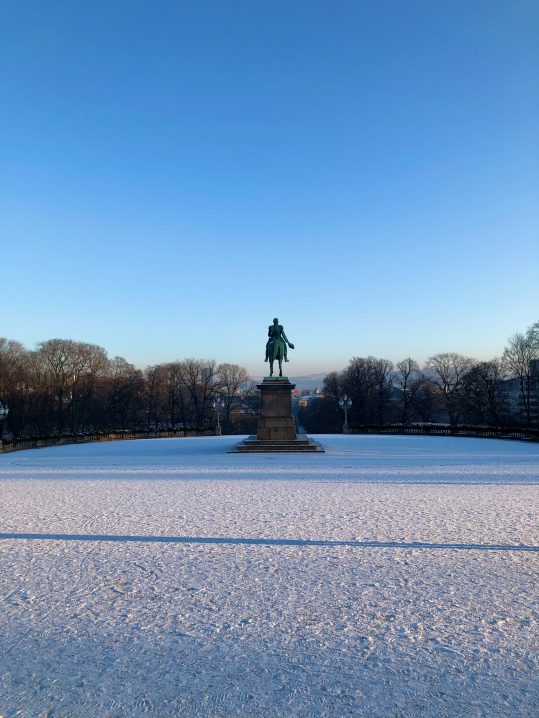 Oslo in the snow

Sometimes, when we feel something is fate, it could just be a lesson or a situation that needs to be resolved. We were both on different journeys and our paths were meant to cross again but just not to continue on the same one.

My moto in life is “no regrets”. Everything is experience whether we perceive it as good or bad at the time and that there is a lesson in everything that we do.

Can I ever see myself returning to Oslo? I honestly don’t think so. I think my Oslo chapter is now completely closed. But I have no regrets. If I hadn’t gone back, I would never have seen more of Norway, seen the Northern Lights, fed reindeer, made new friends and known exactly what I want from a relationship.

Is changing an association with a place hard? Yes. At first, all I could think about were the memories. I can never change the past, but I can always rewrite another chapter. This time with a stronger, version of myself, and doing what I came here originally to do… solo travel in Oslo.

Have you ever been in a long-distance relationship?