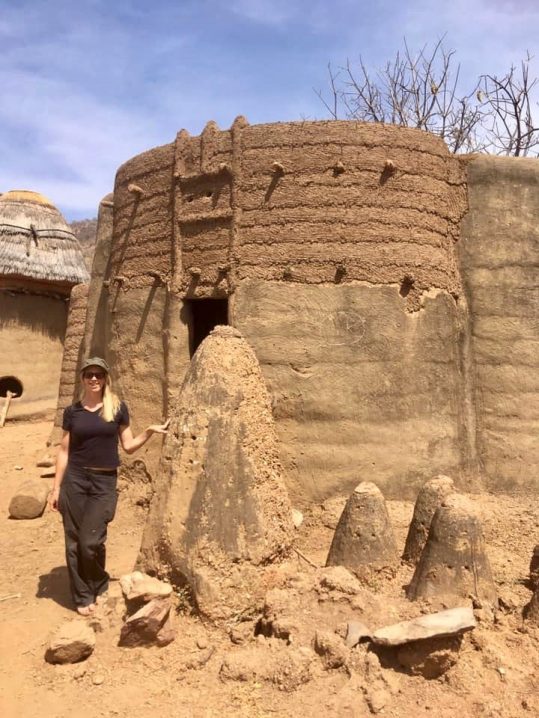 It’s mid-February and after announcing my next trip back in January, I find myself getting ready to fly back to England after only completing part of my trip. Sometimes life has other plans for us and you have to just give in and surrender to a change in course.

After not being able to get my Cameroon visa in London due to not having the correct paperwork, I tried again in Cote d’Ivoire and was told that I needed to be a resident of Côte d’Ivoire to apply for a visa. Even with locals protesting that I was travelling on a tourist visa, I was still refused.

Having experienced West Africa bureaucracy it appears that slipping an official a bribe is the best way to get visas here. As a woman travelling alone I obviously didn’t feel comfortable doing this or would even want to take part in something that I believe is unethical. Instead I went to the British Embassy for advice and was told that they weren’t really able to help.

Not being able to speak French (my pocket guide didn’t really help much) and facing constant problems getting around in taxis (a local lady and her mum helped me out in the end), filled me with anxiety.

Even if I had slipped the official $20 would I still encounter the same problems in Cameroon for my other visas that I needed? Not having the additional funds to fly around Africa to try other embassies I had no choice but to give in. I was unable to fly to Cameroon to meet my friend and start the next tour.

The anxiety that I felt over those few days was not a pleasant experience. Travelling should be fun and something that you look forward to not something that fills you with dread. But, the decision had been made for me. I had to make alternative plans and fly home.

There are so many variables when you travel that you can’t always get it right but each place teaches you something different. After spending six and a half weeks in this African region here are my lessons learnt travelling to West Africa. 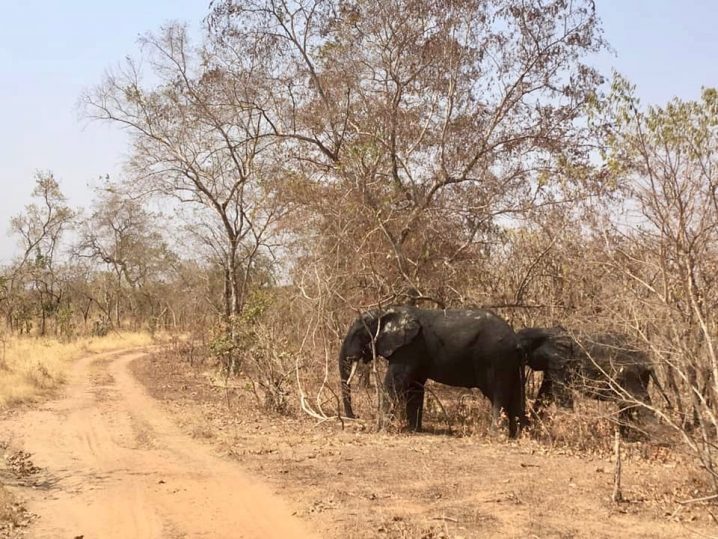 Taxi drivers may be illiterate and unable to read maps. You need to know a landmark for them to know where you’re going (i.e. the name of a pharmacy that they may recognise).

Don’t be friendly to the guys in Ghana. As soon as they have your number (even if you only booked with them through Airbnb or Uber) they will continue to call you or even turn up to where you are staying.

When locals start running and shout “just go,” you need to just go. This happened to girls I met who went to a nightclub and were told to “go” when the police turned up.

You will be stared at on the beach, especially in a bikini.

Don’t take pictures in markets without asking permission otherwise you may get a hostile response even if you aren’t taking pictures of people.

When a shop seller says “just come and take a look,” they will still pressure you to buy something.

It’s normal for a taxi driver to stop and ask several people for directions even when you’ve already clarified that they know where they’re going.

Asking for a price is a game. Expect to constantly have to barter for taxis.

Expect kids to shout out ‘white person’ in their local language when they see you (this is my experience as a Caucasian woman).

You may get questioned as to why you’re not with a man and then be expected to be looking for a man there.

Don’t be surprised if a seller is asleep. If you want to buy something you may have to wake them up. 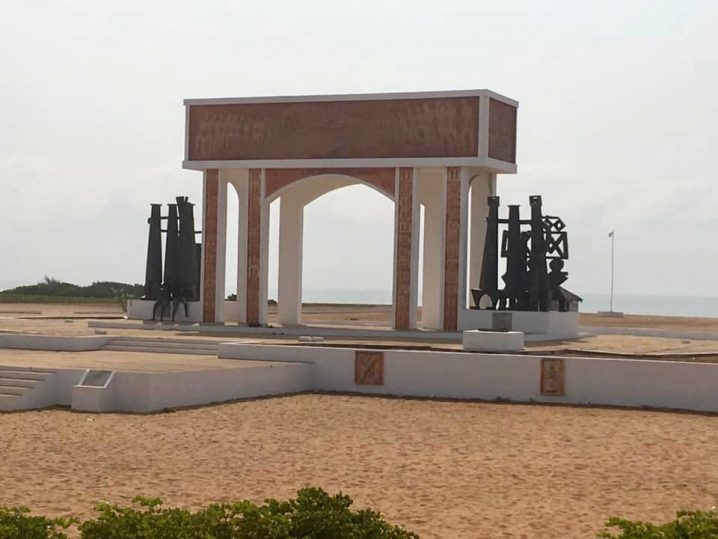 The Port of No Return, Ouidah-Plage, Atlantique, Benin.

Electricity can cut out sporadically. Take a portable charger with you to re-charge your phone or camera.

If you want comfort you have to pay for it and go for 4/5 star accommodation.

You may not get a sheet for your hostel bed and will have to use a sleeping bag liner or sarong instead.

Don’t expect hot water. You’ll also need at least two showers a day in Ghana / Benin / Togo / Cote d’Ivoire. It’s sweltering!  The south of these countries are more humid and the further north you go the drier it is.

You get a better rate with € in some countries rather than US $.

Supermarkets are a rarity in Benin and Togo.

Restaurants – as we know them – are a luxury. Expect local ladies to be cooking on the side of the road.

Vegetarian doesn’t really exist. Check what meat you’re eating as it could be bush rat.

Keep all of your change. Change is like gold dust in these countries.

You can buy sim cards from street sellers and anywhere that you see a large colourful umbrella with the name of the phone provider. Just remember to unlock your phone before leaving home (unlike me!) otherwise sim cards won’t work. 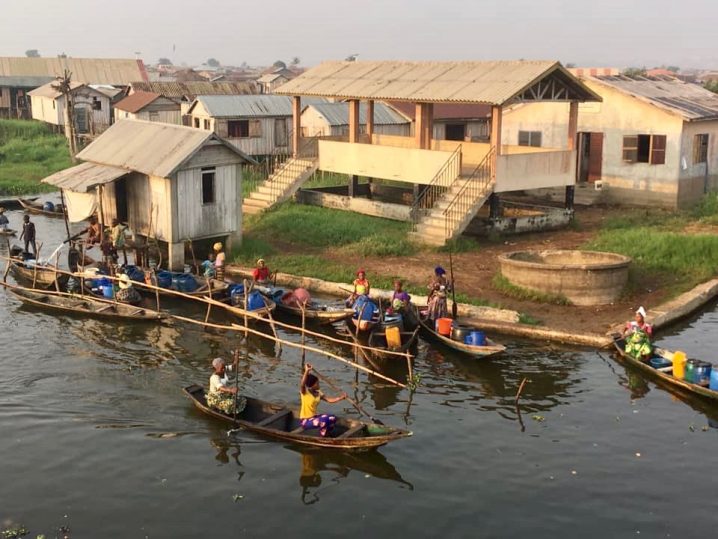 For French-speaking countries you need French!

Airports want to see your yellow fever certificate. Leaving Ghana airport you may have your temperature checked before reaching the immigration desk.

Only take local buses in some of the countries if you don’t mind being squashed in like a sardine.

It can be cheaper to fly back to Europe than in-between countries in Africa.

Don’t book the cheapest airline (hello Camair-Co!) where you may have to wait at the airport for 6 hours to then be told that your flight is cancelled and to come back two days later to then find it delayed again! Check airline reviews before you book and go for a more reliable airline if you have the cash.

Overlanding camping trips are not a holiday and can feel like a school trip. If you like independent travel you may struggle with the concept depending on the tour company.

Travelling in West Africa for longer than a month can be exhausting. 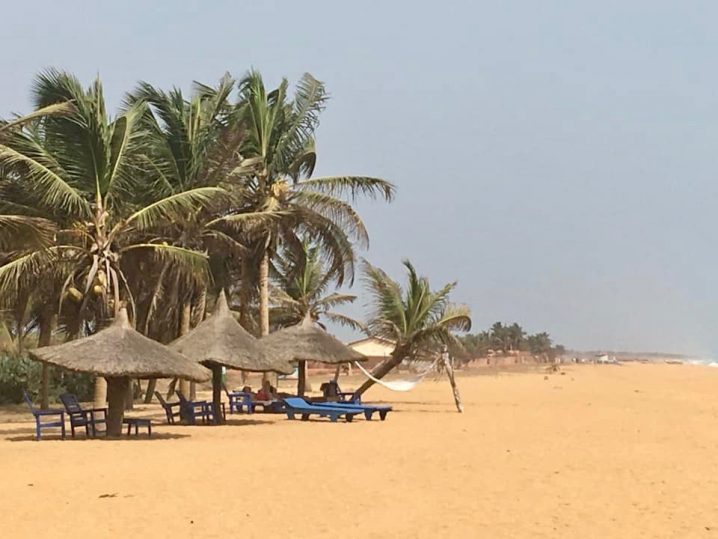 Gin and Pastis are ridiculously cheap. You can buy bottles from £2!

Your hair will get fluffy. Take hot oil for protecting your hair against the humidity.

Don’t take a yoga mat for sleeping on whilst camping (it offers no support whatsoever but it is useful for yoga!)

Don’t expect to be able to jog anywhere unless you wake up very early before the 30 degree heat sets in, and not in a city where there may not be pavements.

Don’t swim in the sea along the coastline. The currents are really strong so you can only paddle. If you do paddle, children will try and swim up to you and touch you when you’re in the sea. 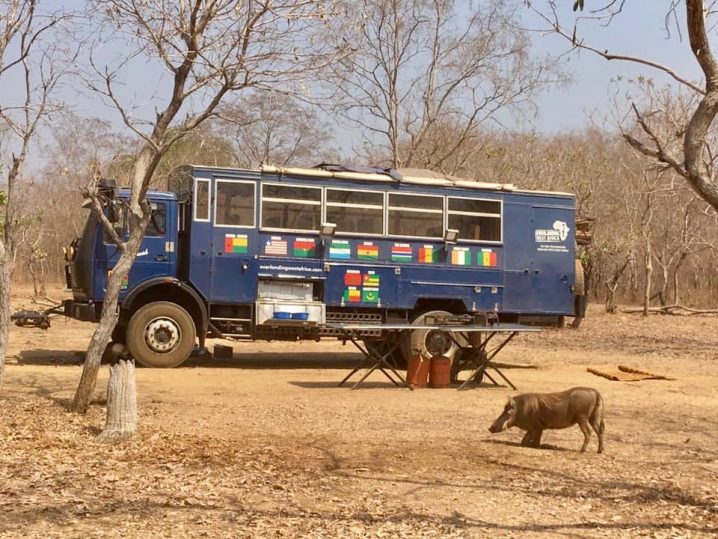 Expect to get stopped and fined on the spot if you’re driving.

Be careful visiting countries leading up to and during elections.

Check Foreign Office advice in case of any instability. On my first trip we were meant to end in Burkina Faso. Due to increasing instability and violence in the country we had to reroute twice back to Ghana after getting the visa for Burkina.

Book changeable flight tickets in case you need to make changes with the unpredictability of this region.

And most importantly – Embassy officials will make things up just to expect a bribe or throw a party on a Friday afternoon and not process your 24 hour visa that you paid for. Get visas in your home country before you go. Don’t be expected to be allowed into embassies either. I had to stand in a make-shift tent outside the embassy in the sweltering heat and wait for them to come out and check my paperwork. 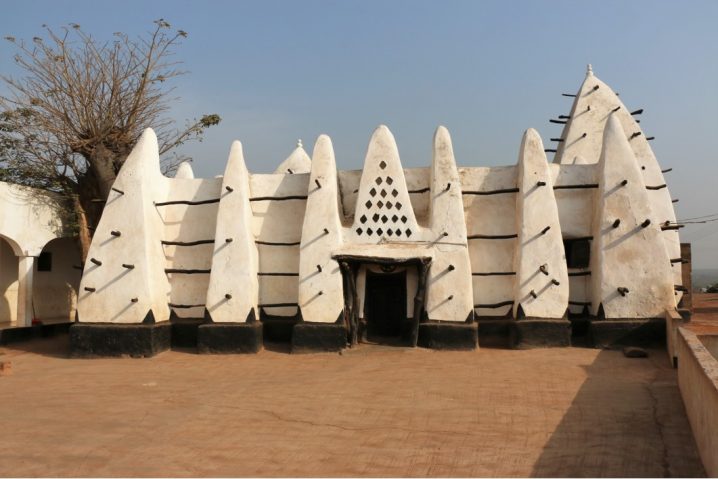 And finally… nothing will go to plan

West Africa is definitely one for the adventurous solo. It throws many challenges along the way and can be frustrating. As a British woman travelling alone there were several times when I had to remind myself that this was a cultural experience and to think of all the positives (believe me this was hard at times).

But West Africa has also taught me to be humble, has put me back in touch with what’s important and made me appreciate everything I was taking for granted.

Is Central Africa any different? I’ll soon find out as I fly back out at the end of March to join my friend for the last part of my African adventure (visa permitting of course). 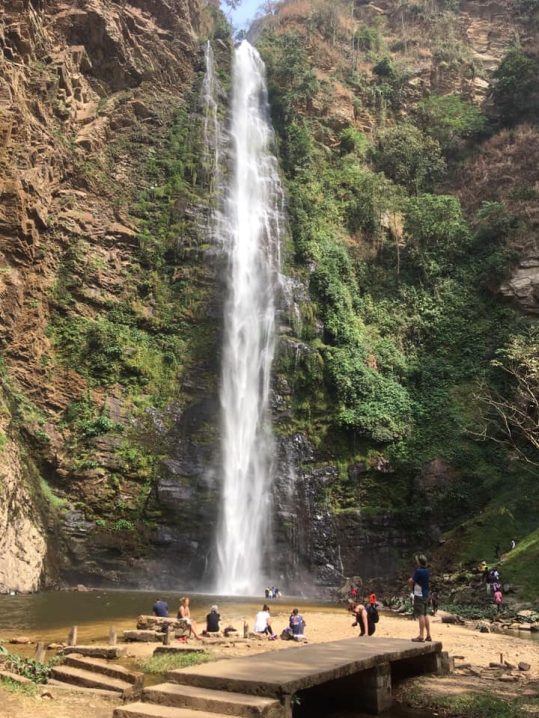