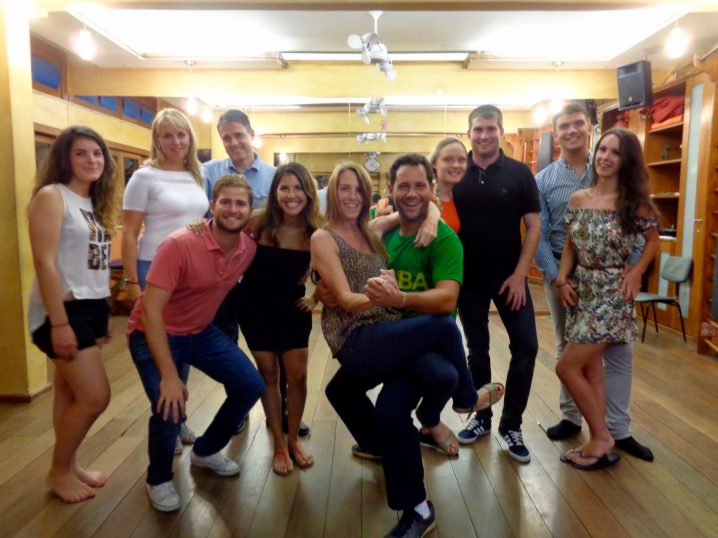 I couldn’t go to Brazil without trying a samba class. With a passion for dancing, I had learnt bachata in Colombia, Danced the tango in Buenos Aires, and now I was learning the samba in Brazil.

Thinking of the fast-paced hip and everything-else-wiggle that I had seen on Brazil's Carnival footage, I was expecting the class to be a high-impact workout. One that would leave me dancing like a carnival diva (without the tassels) but it surprised me to learn that Samba doesn’t have to be danced as flamboyantly as I had thought.

Arriving late due to going in the wrong direction twice on the ‘what should be really easy Rio metro system,’ I had missed the intro to Samba but was luckily in time for the dancing.

Samba begun in Brazil in the 19th century, and has many different types. It originated as a Latin dance but has since become more of a ballroom move. 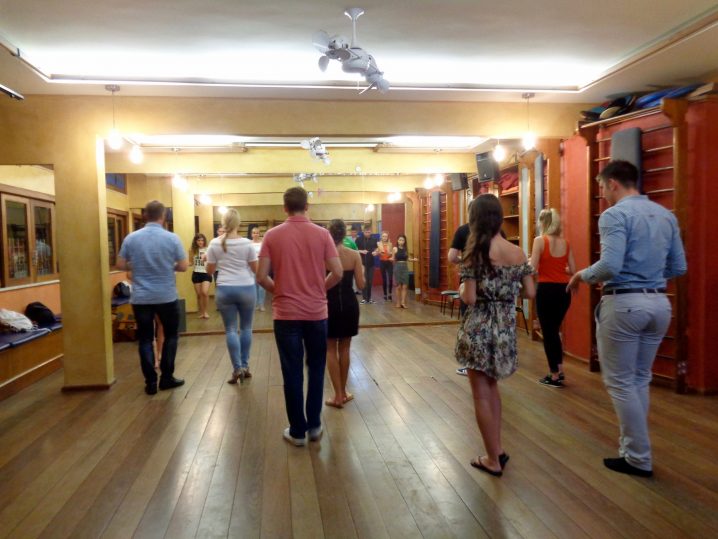 Facing the mirror we were shown the first step led by Helio, our very entertaining dance teacher. Switching our feet in front of each other for two beats and bouncing as we put weight on our back legs. As we learnt the basic step in very slow motion, I was waiting for the pace to quicken. This was fun but having lived in Latin America for 18 months I was ready to shake my bootie.

Rio Samba Dancer entices those who have no rhythm or dance experience. Judging from the rest of the room, we were able to shake our tush but we must have looked a bit too serious as Helio stopped us to show the difference between dancing technically, and someone who let loose. He encouraged us to do the same and we were off, shaking our hips and arms forward and back across the room to the 1-2-3 beats. This time turning around as we bounced.

Then it was time to grab your partner. Not having one (a disadvantage of travelling solo), myself and two other girls took it in turns to be swung around by Helio, our shared Brazillian dancing partner.

Giggling was coming from the couples as the women were taking lead of their men. Guiding them on which step came next. I had always thought that the men were meant to lead but not in our dance class. 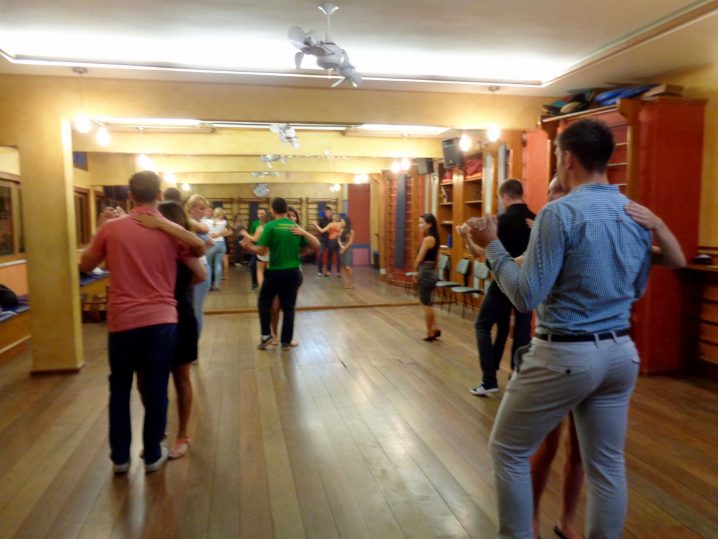 When Helio was confident that we could samba, we left the dance studio and hopped into a minibus for the next part of our samba experience – putting our practice into action.

Lapa is a famous nightlife district and the place to be at weekends. A historic centre with monuments lit up at night, this area has transformed itself from the seedy district it once used to be.

Pop up bars lined the streets selling any size cocktail you desired. I couldn't be in Brazil without trying a Caipirinha, the country's most well-known drink. And Helio had brought along a bottle of its main ingredient – cachaca, a sweet sugarcane liquor and definitely a desired taste. We were getting warmed up to the Brazilian nightlife before heading for our next stop, a famous samba club. 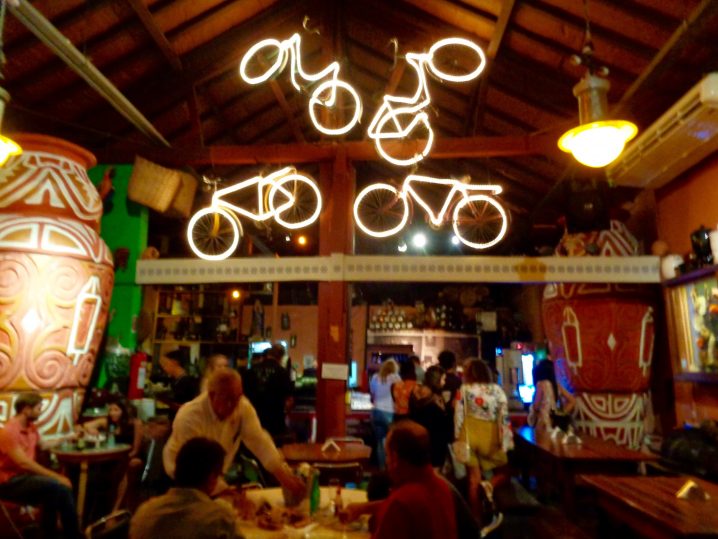 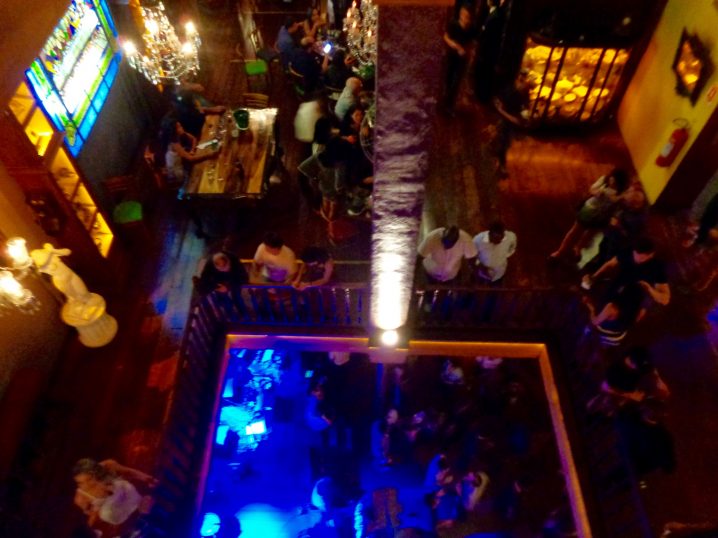 I had heard that Brazilian clubs operated a ‘pay at the end’ policy and was intrigued to see how this system worked. Queuing for this famous club, I still couldn’t believe I was in Rio, and about to experience locals dancing the samba. I wasn't that confident in my moves but with a little help from the Caipirinha I was ready to try.

Rio Scenarium is one of the most popular samba clubs in Rio. It originated as an antique store until an event held here rocketed it to disco fame. Now this multi-floored spacious establishment with a very elaborate decor was one of the best clubs in the city. Each floor had its own wacky artefacts. Bicycles hung from the ceiling, and scary-looking mannequins looked at you from glass walled cabinets. Anything you could name that was an antique was here, somewhere amongst the diners and the dancers enjoying a Brazilian night out.

As the live forro band came to the stage, people of all ages cheered before getting lost in the samba beats. The brave ones in our group took to the floor, accompanied by some of the locals who were so amazingly friendly.

Declining a partner to dance with, I was happy to dance on the edge and absorb the atmosphere of this famous club. It was a Friday night and I was shaking my tush at a famous samba club. Could life really get any better…? 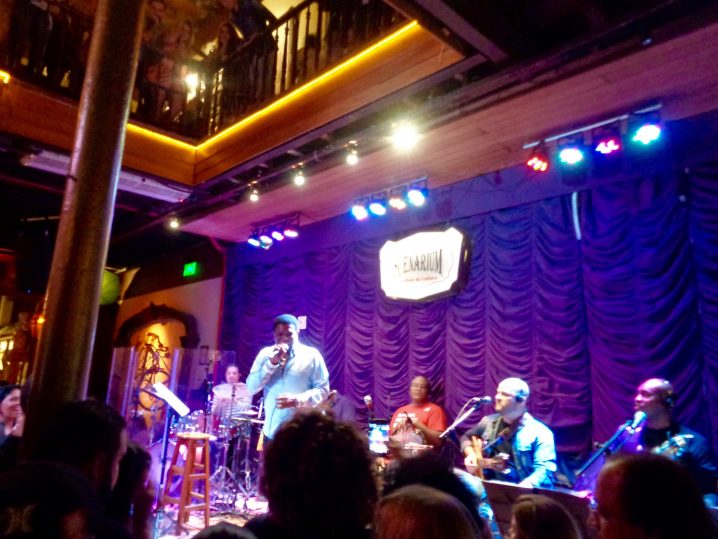 Rio Samba Dancer are an organisation who promotes Brazilian culture through dance. The dance lesson and evening costs $56. All of the proceeds from their samba lessons are invested back into the local community to provide lessons for lower income youth within Rio’s favelas.

What I love about this experience is that not only is it perfect to learn about this fab dance, but you also get to go to a Samba club with everyone afterwards. It’s a really safe and easy way to see Rio’s nightlife if you are staying in the city as a solo. Find out more at their website 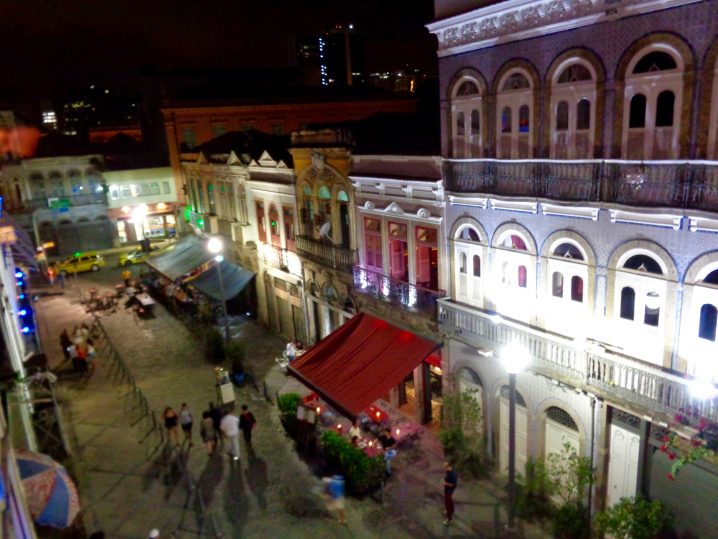 The Lapa district with gorgeous architecture.

Where To Stay in Brazil

I stayed in Rio for 3 nights at Jabanga Hostel in Botafogo. This area is really safe with plenty of restaurants. It was only a 5 minute walk to the Metro, and 30 minutes walk to both Copacabana Beach, and Sugarloaf Mountain. I stayed in a 5-bed female dorm and met some great people to go sightseeing with. Dorms start from £10 a night (£11 for the female dorm). I absolutely loved Rio and had no problems with pickpockets there.

N.b. Some of these links are affiliate links. You still pay the same price but GatG makes a small percentage on your purchase. We give 10% off all profits to children's charities every month. Thanks for helping x