A while ago I appeared on a BBC Radio debate. The story of the murders of two female backpackers in Ecuador sparked a huge debate called #viajasola (travel solo). People were questioning whether the girls should have even been travelling alone. Living in Colombia at the time I stood up for women travelling and said that as long as you take precautions, I believed there was no reason why women couldn’t travel, and that unfortunately these horrible incidents can happen anywhere. 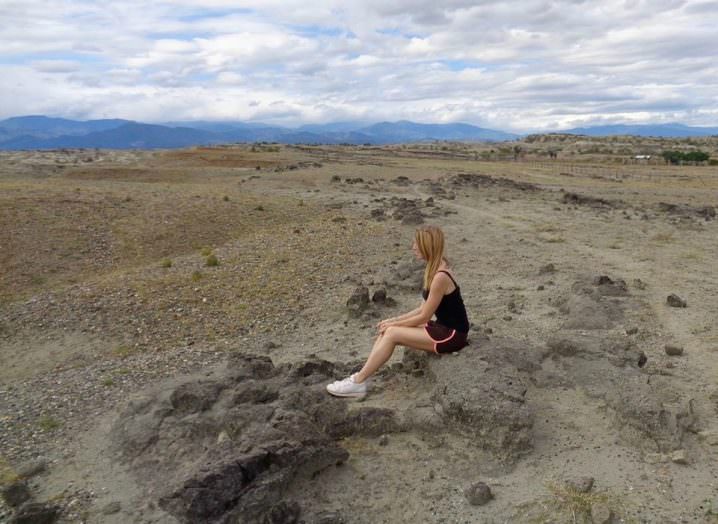 At the time, I had no idea that my name was being published on the internet as part of a terrorist kill list. Apparently I was one of just 39 Brits whom a Middle-Eastern terrorist group were telling people to kill. My name and my address was published online. I was ‘wanted.’

To say that this didn’t put me slightly on edge would be lying. Read this report and it fuels my fear. Read this one and it seems I was just picked randomly. Whether this was just random selection or I was an actual threat, I don’t know but I did know that it wasn’t going to stop me travelling.

Since then, so many things have happened in the world and many on my home continent. Paris, Brussels, Turkey and Nice (not including Baghdad and the constant unrest in some parts of the Middle East).

I usually steer clear of the news but when one of the girls in our Girls about the Globe Facebook group asked the question, “how do you feel about travel in Europe?” I realised that people may be scared of travelling to places which only a few months before were deemed safe.

According to an American I met on the road, France now had the same travel risk as that of Colombia. I have never had any problems in Colombia and I wouldn’t even think twice about travelling to France. But it does beg the question – should we stop living our lives because of what is happening or should we continue to travel freely?

Is it safe to travel solo?

Travelling solo itself takes courage and it can be easy to get discouraged by everything which is happening around us in the world. Should we stop travelling and give into fear?

Here’s what the girls in our Facebook group had to say:

“I have been to many major European cities Over the last 7 months. These horrific incidents are happening all over the world. You're right to be cautious but it's personal choice about where to travel to.”

“I'm not going to stop travelling, and I have been affected personally by gun crime in the states. The perception of risk is what we have to evaluate when travelling (especially alone). I know terrorism is not an everyday occurrence, but it certainly shapes our world and how we see it.”

“There is the risk you might get caught up in something but also you might not. Its a decision you have to make for yourself based on the latest advice from your government.”

“I've been traveling across Europe and on Monday I will go to Germany. I think there has always been a risk of terror attacks anywhere in the world. Asia and Europe. I wont let that stop me from traveling because I still believe in humanity.”

“Traveling helps you to better assess potentially dangerous situations. When you don't speak the language and the environment is unknown, you learn to trust your instincts and be careful where it might be needed.”

“I will never stop doing what I love because of fear. Traveling, experiencing other cultures, broadening my knowledge – that's what keeps me going. I live for it. I can just as easily be a victim of rape, assault, murder, robbery, in my own city. Probably have a bigger chance of something like that happening than I do being a victim of terrorism, a plane crash, or something happening abroad. If I lived in fear all the time I'd never go to the movies, school, a bar, drive a car, the list goes on. Live life. Love life.” Danielle from Girl Squad Goals.

I must admit that I now take less risks than I used to. Last year I decided not to travel to El Salvador due to the escalating gang violence. My experience in Little Corn Island has also made me more cautious about walking alone but I am still travelling solo and will continue to do so, whether I am on a wanted list or not.

What are your thoughts? Have these events stopped you from travelling solo?

N.b. If you need some empowerment from others who have travelled solo, We Went Solo includes testimonials from women who have travelled alone. Or join our Girls about the Globe Facebook group to ask advice from girls who may have been to where you want to travel to. It's an inspiring group.

3 thoughts on “Is It Safe To Travel Alone As a Woman?”