Human trafficking in India is an issue affecting mainly women and girls. It is deeply rooted in Indian culture and, for centuries, it has been one of the major problems the country has been facing. Although it is difficult to measure the exact scale of the issue due to its hidden and illegal nature, thousands of women and girls are trafficked through India every year, according to government statistics.

There are many forms of human trafficking but the trafficking of women and girls for sexual exploitation and marriage are the prevalent ones. Still, regardless of the reason, trafficked women are sold to men who then use them as sex objects and domestic workers.

India’s Patriarchal Culture is to Blame For High Trafficking Cases

“Almost every area in India is dealing with the problem of trafficking of women. We used to have a project where we were tracking eighty-five villages in Northern India. We found that every village had around two hundred houses and each of these villages hosted at least fifty trafficked women. This means that almost thirty per cent of all the households had trafficked wives,” says Shafiqur Rahman Khan, founder of Empower People, a Delhi-based NGO working with trafficking survivors.

He adds: “Who are victims of trafficking? Girls with aspirations who try to break the cycle of poverty, get a job, earn money and choose their own partner. Girls who do not have ambitions do not get trafficked.”

This statement brings attention to the fact that gender inequality, social attitudes suppressing women’s voices, and cultural norms dictating what behaviours are expected from them are among the factors contributing to trafficking in India. 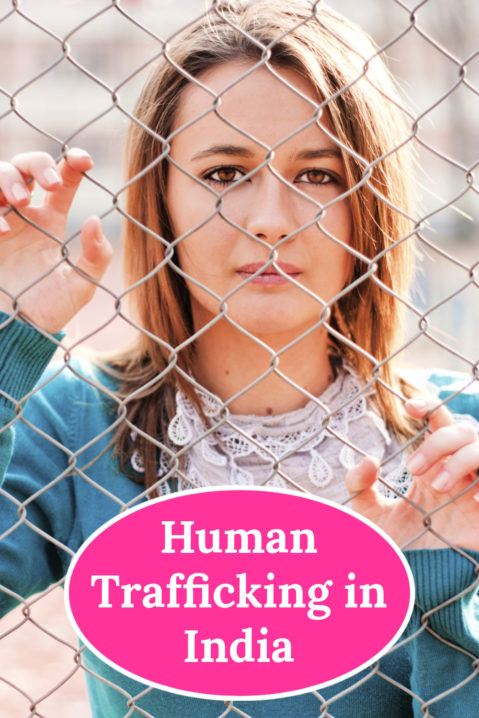 Although it is undeniable that poverty makes women and girls vulnerable to various kinds of exploitation and increases the risk of them being trafficked, patriarchal norms undermining their right to freedom of choice and freedom of expression are also to blame.

It is rare that a girl who falls victim to trafficking is motivated by solely wanting to change her economic status. Paradoxically, often they fall for traffickers’ promises desperately wanting to escape the oppressive traditional culture that punishes them for attempting to exercise their agency.

In India’s rural communities, women and girls are typically confined to the domestic realm and have very little say in matters such as choosing their partner or getting an education. With these norms being firmly established, it is difficult for them to find a way out of this reality.

“Most affected families are victims of cheating. They are not selling their girls, they are sending them so that they can get an education and a job, or to protect them from hunger.” Khan remarks that families almost never decide to sell their daughters to make a profit.

It can, therefore, be argued that even those who have enough means to sustain themselves can be affected.

In a society where, despite being officially abolished, the caste system still determines one’s status and limits their social mobility, girls who strive to achieve more than the community they were born into will try to use any opportunity they have.

Rather than remaining passive, they want to be in charge of shaping their future but this sometimes turns out counterproductive and they find themselves in the hands of traffickers. 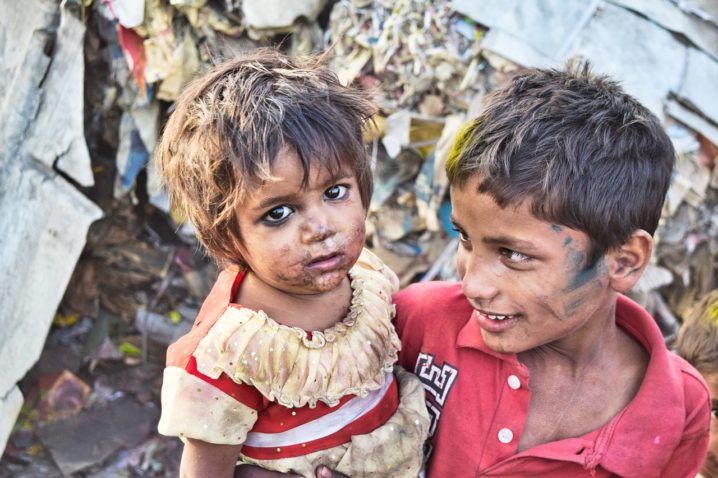 “No one can tell girls to stop dreaming.” For as long as India’s women and girls view a reality in which they are free to make decisions regarding their own lives as something difficult to achieve, trafficking will keep happening.

While this is one of the reasons why it is challenging to prevent trafficking, the ineffectiveness of India’s anti-trafficking system also hinders progress in this field.

“Most anti-trafficking agencies operate as law enforcement organisations. They investigate cases and work with police to find these girls and bring them to their homes. But they fail to look at trafficking from the victims’ perspective.” Empower People’s founder points out and adds that, to be effective, those involved in anti-trafficking efforts need to aim to see how those who got trafficked see them. Only then is it possible to understand how traffickers target their victims.

“Rescuing a girl requires more than organising a raid on their oppressor’s house. If the reasons that made them trust the trafficker in the first place are not addressed and they do not get assistance with reintegrating into their home community, the same thing might happen to them again.”

Many former victims of trafficking have to deal with stigma upon being brought back to their families. Links they had with their community have been broken and some shame them for getting deceived. In turn, it is not uncommon for trafficking survivors to face isolation, discrimination, and limited employment opportunities.

Feminist organisations and activists also tend to be involved in working with anti-trafficking victims but Khan believes that although they put forward a narrative of caring, they do not undertake concrete steps to combat the issue. Raising awareness is important but soft measures are not enough to put an end to trafficking and protect survivors. 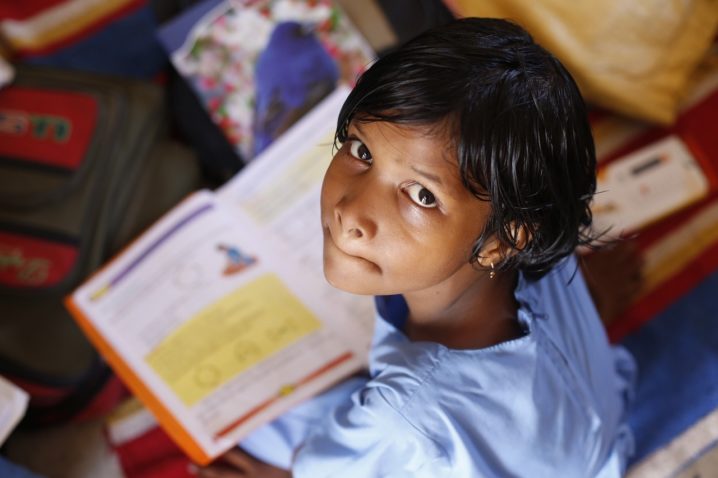 When working with survivors, it is necessary to support them throughout the reintegration process and monitor whether they are being treated fairly after returning home.

And, maybe even more importantly, anti-trafficking actors ‘try to help them rediscover their identity, encourage them to speak up, teach them about their rights, and make them tell their stories. All of this is designed to increase their community participation and rebuild the bond between them and their families.'

This is what Empower People aims to do through working with communities in areas that host large numbers of trafficking survivors.

Haryana, for example, is a North Indian state, notorious for large numbers of women being involuntarily brought here to be married off to men who struggle to find wives due to gender imbalance in the region. There, Empower operates in five districts. They also started a survivors’ collective, which brings together trafficked brides and gives them a platform to connect with others who understand what they came through. 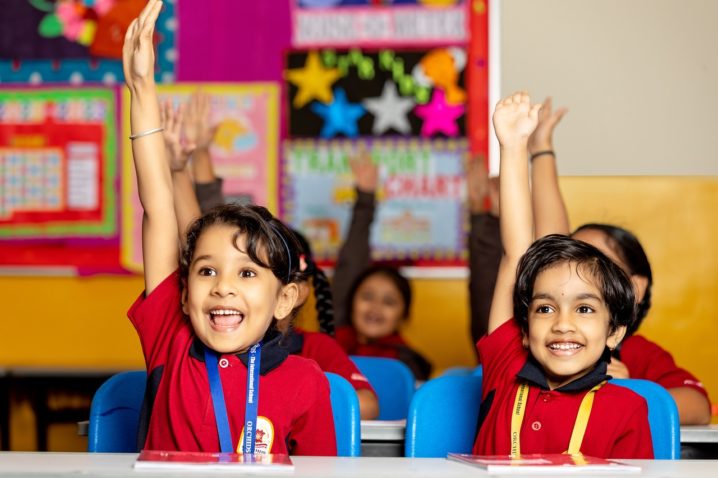 While there is no single profile of a trafficking victim, what these girls have in common is wanting to be able to fully participate in social and economic life.

“Each case of human trafficking in India is a failed revolution.”

Khan’s statement sends a powerful message that trafficked survivors have the potential to drive positive change in their home communities because they have the courage to challenge the status quo.

“To combat human trafficking in India, stop killing girls’ ambitions,” he says when I ask him what changes are needed to tackle the scale of the problem. ‘The only way to prevent trafficking is by providing girls with opportunities.”

High numbers of cases of human trafficking in India represent India’s failure to create an enabling environment where women and girls are respected and equal to men. Recognising that and placing more focus on empowering women can result in not only reducing their vulnerability to trafficking but also in creating a better, more inclusive society. 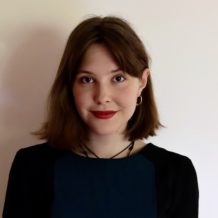 Katarzyna Rybarczyk is a political correspondent for Immigration Advice Service. She covers humanitarian issues in Asia-Pacific, Africa, and the Middle East.