What is Human Trafficking?

It is an industry that is difficult to comprehend but for the 47 million people who are human trafficked every single year, this $150 billion business is their reality.

This includes massage workers and those forced into building or other labour work. Some are even  sold or forced into this unknowingly, generally by the people who they love and trust – their parents.

All it takes is for someone to come along and promise their child a good future. Traffickers approach families who are then enticed at the thought of their children having a better opportunity than them. The traffickers also give money so that the parents living in poverty now have money to survive on and can feed their other children. Many believe their child is heading for a great future.

The sad reality is that they may never see their child again. The average life span for a child in the trafficking industry is less than seven years. Some get beaten to death, others die of disease and others try to escape and get caught.

For the ones that remain, the perpetrator uses threats, force, cohesion and guilt to keep them there, leaving the victim feeling ashamed, embarrassed and scared. It’s a life that many of us can’t even fathom.

Jan Edwards, founder and CEO of Paving the Way, an organisation committed to being a fierce disruption in the cycle of child trafficking around the globe, believes we can.

It was during a medical mission to Ethiopia where Jan first witnessed human trafficking. Watching children being offered up and transferred from one person to another didn’t look or feel right to her. After learning from her host family that Ethiopia has more than 4 million orphans and is one of the biggest exporters of human trafficking into the Middle East, she decided she needed to do something about it.

She returned to the U.S. and was shocked at the level of trafficking which was even happening in her own country. This led to her founding Paving The Way and doing what she describes in her own words as “her mission.”

She believes that education is key. That people are actively giving away our future, whether future leaders, scientists or teachers.

“For a country to do that and not think about the longer-term issue, that’s why education and prevention work is so important”, says Jan.

Her work involves educating people on each continent of what human trafficking is and relaying the reality that their child may not have a better life than what they currently have with them.

“Human trafficking is a triangle,” she says. “You have the person being sold, the person selling them, and the person buying them.”

Jan may have become aware of the issue in Ethiopia, but Ethiopia is just one of the many countries involved in human trafficking.

During a trip to Moldova I visited La Strada, a project which works with the prevention of trafficking in human beings and prevention of sexual exploitation within children.

According to the U.S. Department of State, the Moldovan Government identified 310 trafficking victims in 2015; 68 of these children.

At La Strada, they work closely on prevention of trafficking, through education, online helplines, and campaigns, educating children from as young as 5th grade on the importance of sexual trafficking as well as cyber bullying.

They believe that peer to peer training is important and that training students to raise awareness is key to forming trust with their peers who are on an equal level and more relatable. Each year a new group is selected to help educate the children and young people.

The education doesn’t end with the children. Parents and also grandparents are informed about the dangers involving trafficking, and the more recent problem of sexting. Children with a lack of attention and affection from their home environment can be the most vulnerable.

With some of the parents working abroad, grandparents become responsible for the young people and don’t know how to protect them in this new social media world so educating them is also key.

Referring victims to shelters and having an online helpline are just some of the ways that La Strada is helping to make Moldova less of a statistic. But as one of the fastest countries for Wifi, the internet is still a main source of recruitment.

With so many children and teenagers now having their own phone I was shocked at how easy it was for girls to be lured into this world. With one girl being worth $250 to a trafficker, the grooming can start from 9 months before. The self-harm ‘game’ called Blue Whale is a sick example of how impressionable and vulnerable these teenagers can be.

But this isn’t the only way to recruit them into the world of trafficking. I heard one shocking story of how a couple sold their newborn to a trafficker across the border, willingly giving their child away.

Then there are those who are recruited by their peers. During a recent visit to Cyprus I learnt about Rita Theodorou Superwoman, head of the police anti-trafficking unit, who has been working against human trafficking on the island.

Ironically, one of the girls she managed to help had come from Moldova, believing that she had received a scholarship to study accounting. When she arrived she was forced into sex trafficking at  one of the cabaret shows on the island. She was freed five months later.

The story of how she was recruited is not uncommon. She was lucky to leave, but for others, once they have been ‘used’ and are no longer profitable for sex trafficking, they are told that they can ‘leave’ once they have recruited ten new girls.

They are then sent back to their home country, such as Moldova, with nice clothes and new cars to lure young women from orphanages. Returning with their new recruits they find the promise was all a lie and instead of being able to walk away, they are kept as the girls’ madam.

Jan calls the survivors – ‘warriors', and says that less than 5% make it out. These individuals who make it out of that life either saw an opportunity and they took it and left, or they escaped or were rescued. “It takes something to survive what they are doing,” she adds.

To show how easy it is for young people to be recruited by their peers. Jan wrote and produced a film, called Trapped In The Trade, to show how it happens in story form. She says the response was, “I can’t believe how this happens.” She adds, “the film opens up their eyes to the dangers of it and they start to see the difference that they can make to their friends.” 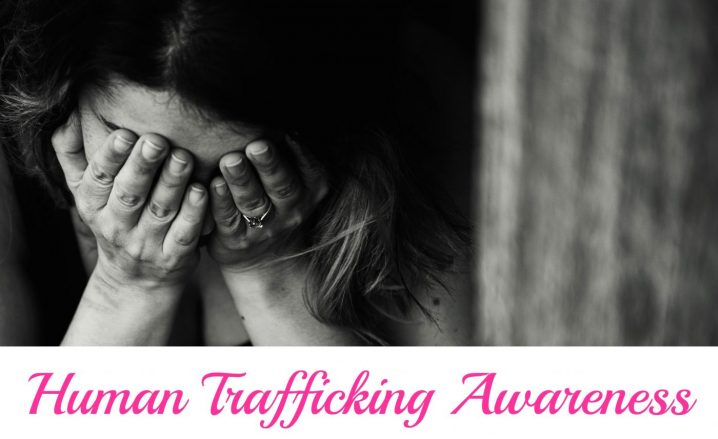 Through her organisation Jan has trained over 1300 children and young adults and gives regular talks to raise awareness about sex trafficking. She created mission ambassadors to raise awareness of the signs and for people to question anything which they may think is suspicious.

Possible signs of human trafficking are:

“If you pay attention to your surroundings you’re going to notice it everywhere. it doesn’t look a particular way – labour trafficking can be hair salons, nail salons, massage parlours,” Jan says.

“Then construction sites, domestic service. It doesn’t always look like Cambodia or Thailand with underage girls being paraded holding up numbers. It can look like the girl next to you on the bus, on the train.”

Hotels can be a prime place for spotting traffickers with young girls being sent in to pay for the room and pick up the keys.

“Trust your gut,” says Jan. “Go and talk to people and get a sense of what is happening around you, especially if you see an older man checking into a hotel with an under-age girl who looks uncomfortable.”

Movements such as #peoplenotporn and #MeToo are helping to raise awareness of both human trafficking and sexual assault but there still seems to be a lack of deterrent for the demand, with the law not holding the man who buys the sex accountable.

Jan is currently developing an app where you can download a picture and send it to an international database if someone is missing. It is people like Jan who are really making a difference.

“Seeing the difference that we make on children’s faces, that’s what keeps me going. This is my mission, it’s been laid on my heart and I’m just doing what I’ve being led to do. Watching children make the connections, knowing that it could make the difference and possibly save their life.”

Find out more details about Jan and her organisation at Paving The Way where you can download the signs to look for.