How to Have a Cultural Experience 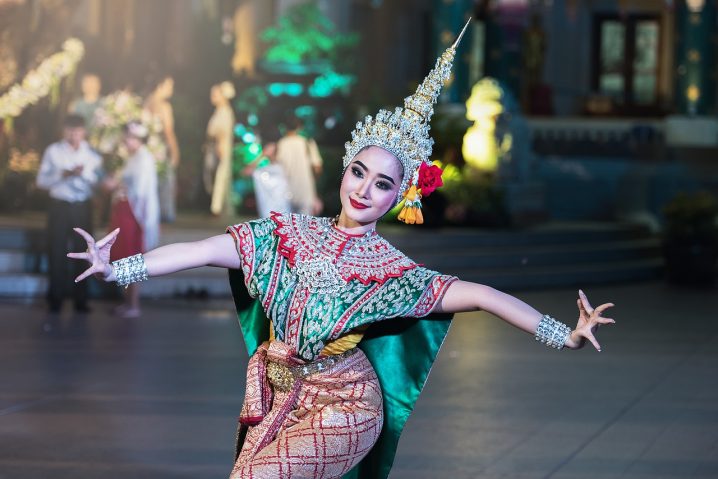 After travelling to 141 countries in the world, in this article, I cover ways on how to have a cultural experience when you travel.

When we get too comfortable in life, solo travelling gives us a chance to challenge ourselves and get out of our comfort zone. The world has a way of opening our minds to possibilities when we see the challenges, and experiences of other cultures.

We’re all looking for that cultural experience when we travel, whether it’s meeting other travellers from distant lands, learning how our ethics and values align or wanting to immerse ourselves with local people and our surroundings.

Learning about others' customs gives us a better understanding of each other and also shows us what we take for granted, especially coming from consumer-driven societies. There is no better way to learn from another culture than to visit a country. I’m not just talking about spending three days on a city break either. Getting out into the rural towns and countryside is where you’ll find the locals and be able to observe their traditional way of life, instead of that of a city dweller.

Visit Ulan Bator in Mongolia, for instance, and you won’t find much culture, but step away from the city and in less than two hours, you’ll be greeted with nomadic hospitality that is near forgotten in the capital. But wherever you travel, there may be some cultural differences that you need to know before you go.

Cultures tend to evolve in different ways. Some cultures excel or have abundance in certain areas that other cultures may be short of. Immersing ourselves in other cultures helps us to get a different perspective on life. It can help us to understand other people better and the reasons why they do things a certain way.

Having prior knowledge of a country will not only make your life easier when you arrive but it will help you to merge into your surroundings with more ease. You’ll also be able to help other solo travellers who follow in your footsteps through the same countries.

You’ll have a better understanding of the way the country works and how to interact with people, especially as a solo woman. Being alone can be seen as a bit taboo in some countries, such as Nepal, India and the Middle East, especially if you are unmarried with no children, so saying that you have a husband or a partner will help any unwanted looks of disapproval and make you feel more comfortable.

As a Westerner, you may still feel obvious at times, but if you really don’t want to stand out, observing what the locals wear and adapting your style to theirs can make you feel less obvious.

One huge difference is time. Understanding that some countries do not operate on the same time schedule can take some getting used to. They may eat later or turn up two hours late, which can be frustrating coming from a punctual culture. Try to adapt your schedule to theirs and not get frustrated because they are not working to the schedule that you’re used to. Gestures differ too: in Bulgaria, people shaking their heads for no actually means yes, so meanings can get lost in translation.

Don’t expect all the facilities to work either. In some countries running water is a luxury and should be used sparingly. In Mongolia, for instance, for two weeks every summer they turn the hot water off. In Cape Town, they have frequent power cuts. On Caribbean islands in Nicaragua, there is no electricity after the sun sets. This also applies to the internet, so don’t expect Wi-Fi wherever you go.

Hygiene differs too. Throwing litter in Nepal is seen as normal, and so is going to the toilet in the street in India. It is common to spit or ‘hack’ your nose in parts of Asia, where the noise in China may not be what you’re used to. The use of microphones everywhere and people shouting, slurping and pushing in can get your anxiety levels up but just breathe and realise that it is part of the culture. Getting annoyed is the worst thing you can do.

This also applies to traffic: honking cars, drivers going too fast and no regard for traffic rules. Sometimes it appears as though there is even no regard for life, as some believe that God will look after them no matter how reckless they drive, but the system for the most part works.

Hand gestures, touching others, table manners and, of course, tipping are all part of the cultural difference and etiquette that you need to know. What works for you back home may not work for you in India, for example. You may find yourself stunned by the amount of begging in Southeast Asia or shocked by the victims of land mines in Cambodia, but nearly everywhere you go you will experience incredible kindness from local people. Accept the differences, embrace them and go with it…

Culture Smart – Culture Smart guides provide essential information on attitudes, beliefs and behaviours in different countries so that you can get prepared before you travel.

How to Have a Cultural Experience

Getting cultural doesn’t have to be as extreme as living with a Mayan family near the Guatemalan border for a week. It can be something as simple as a homestay in a city for a couple of nights. Anything that exposes you to the locals is perfect. Here are other ways for some cultural immersion:

Couchsurfing was originally founded by a community of individuals who opened up their homes to the travelling community. It is more than a place to stay, it’s a way of exchanging with people from all over the world. Admittedly it’s not a ‘living in a hut surrounded by chickens’ experience, but you do get to stay with more modern locals and teach them about your way of life and alternatively learn from theirs.

Being a cultural exchange, they can show you around their city or town, introduce you to their circle of friends and take you to their favourite restaurants, bars or places of interest to give you an authentic experience of their culture. If you’re short on time, Couchsurfing is definitely worth considering.

Homestays are a way of entirely immersing yourself with a host family. You live, sleep and sometimes even eat with your family. This is for people who truly want to learn about another culture or learn another language quickly. In a family homestay, you quickly become a member of the family who introduces you to their life and take you on family events or get you to participate in their routine. You don’t have to spend all your time in one, though, as some just offer food and a place to sleep.

A homestay gives you the chance to experience the real life of the person you stay with and a better understanding of their culture. It doesn’t have to be restricted to normal homes either. It could even be living with a hill tribe for a few days and observing their simple way of living, which will give you a new appreciation for yours.

If you want to connect with the land and your surroundings more than the people, then consider a work exchange on an organic farm. Workaway is a community of friendly hosts set up to promote cultural understanding between people and lands across the globe. Hosts are based in many countries and are looking for volunteers to do a number of tasks such as: teaching English to their children, painting, planting and shearing sheep. You volunteer for them in exchange for accommodation and sometimes food.

Workaway enables those on a tight budget to be able to live and work in a foreign country while learning about the land, people and culture. It’s also a great way of learning another language by only conversing with your local family or employers in their native tongue. There’s no minimum time to stay and you can be any age.

Other Ways to Have a Cultural Experience

Search for cultural programmes in the country you are visiting, especially ones which practise sustainability (helping the local community). Look for those which are non-profit organisations and combine community-based programmes to put money back into the locals’ pockets. A great example of this is Ger to Ger in Mongolia. Not only do locals earn their own money, but the traveller gets to experience nomadic life while exchanging ideas about theirs.

Download an app to learn the language and learn a few phrases before you go or enrol in a course abroad to learn the language as you travel. It’s often a great way to throw yourself into the culture and you’ll definitely come out the other side knowing at least enough to get by. Body language and expressions can also help you get by, especially for directions. Try and practice even if you're nervous about how you are perceived. It’s all part of the cultural exchange.

Immersing yourself within the local culture, and seeing yourself as a unity rather than an outsider will help create an understanding of the country that you are in. Being more accommodating to other cultures doesn’t mean losing your identity, it means being more comfortable with others and them also with you, to create no divide or behaviour that can be misread and offensive.

A country can be defined by the people within it, so while sights and places can be breathtakingly awesome, you’ll never truly know a place unless you speak freely to the people within it. Embrace the locals, join in with their activities, try the local food and above all, do as the locals do. Not only will you enjoy your time so much more, but you’ll come away with a more enriched experience of what life is really like within another culture.