How To Avoid Taxi Scams 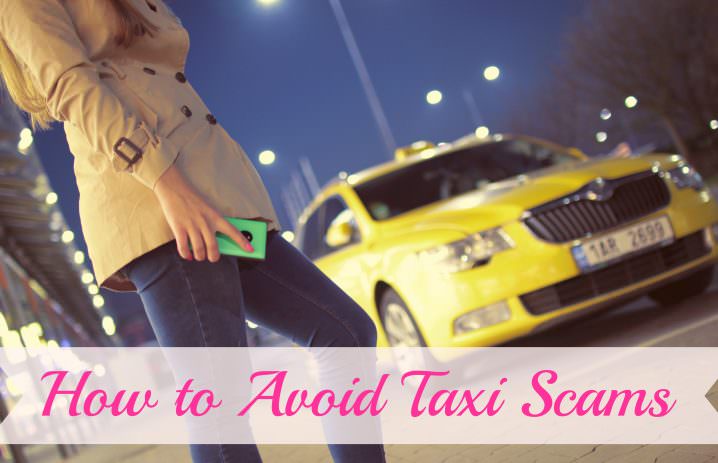 When you travel, getting ripped off is unfortunately part of the adventure. Obviously not all taxi drivers will scam you and there are thousands of nice genuine ones out there, but this is the most obvious way of being ripped off. Don’t be alarmed by reading these. None of these will probably happen to you but it just helps to know some signs to be extra vigilant. Here is our advice on how to avoid travel scams.

How to avoid travel scams

Solution – agree a price beforehand and haggle or you may find yourself paying too much at the end.

You state where you want to go and the driver tells you that the hotel or hostel you want to go to, no longer exists, has burnt down or doesn’t accept foreigners but they happen to know of an alternative one (which they get commission to take you to).

Solution – don’t get in the cab unless they will take you where you want to go. If they refuse, find another cab which is licensed.

Giving you the wrong change because you’re not familiar with the new currency or they say they have no change.

Solution – don’t get out of the cab until you’ve checked your change or have the correct change to pay the taxi driver (always keep smaller bills in your wallet/purse).

This could be absolutely legit, but some taxis use this as a tactic to get a greater fare from you. They may even try ‘long hauling’ where they take you the scenic route instead of the direct way.

Solution – check with Google Maps before you get in so that you know which route to take (or use it in the car) and question the driver. Get them to call the phone number of the place you are going to clarify directions.

The driver calls someone on his phone – unless he is speaking to his girlfriend or boss, listen carefully to the conversation for clues that he may have an accomplice who is about to rob you.

Solution – ask for him to drop you off at the next public place.

6. Picking up other people

The driver picks someone else up – this should ring warning bells unless it is a country  with a shared-taxi system where you have to wait at the beginning for others going to same destination (popular in Belize). It could just be that they are picking up their friend or it could mean they are about to rob you or express kidnap you.

Solution – pretend to call a friend from your phone, asking them to meet you at your destination.

7. Trying to get your attention

When searching for a cab, if someone is shouting “taxi” to get your attention, they’re probably going to overcharge you (if they even are a licensed cab driver).

Solution – look for taxi drivers who aren’t trying to get your attention.

Not everywhere has licensed cabs so beware of bogus ones and if you’re arriving at an airport in a country which is known for unlicensed cab drivers there will be notices about it before you leave the airport. Some have to give you a receipt to prove they are legit. Book one inside at a pre-paid stand rather than getting into one outside. This way you’re guaranteed a licensed taxi.

If you do find yourself getting into trouble when you are inside a cab, ask the driver to stop the taxi so you can get out. If they don’t listen, mention the word “police” to get them to pull over.