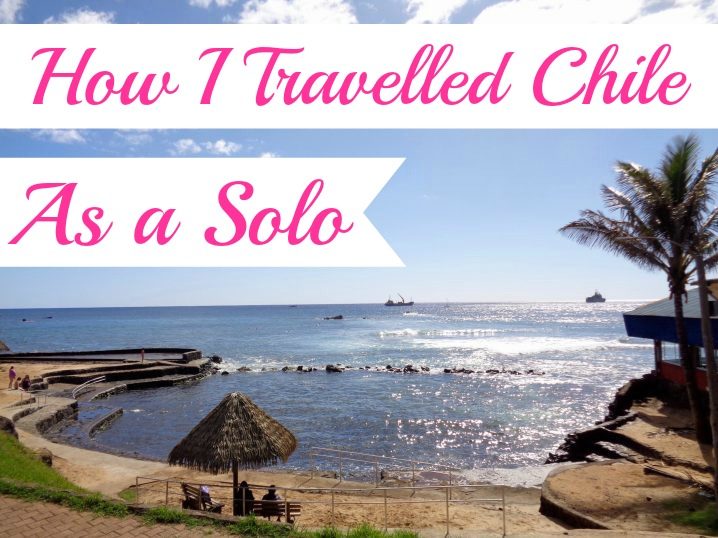 I love South America. It is such an amazing continent and after living in Colombia I was ready to explore some more. During a 3 month trip I flew from Colombia to Ecuador, travelled overland to Peru and was about to step foot in Chile, where I was planning a short trip to Easter Island, somewhere that had been on my bucket list for many years.

Having been to Chile before with G Adventures, I had travelled through Peru, Bolivia and Chile, spending time in Santiago and the Atacama Desert – one of my favourite places on Earth.

At the time I knew no Spanish, and was a very nervous traveller. Hence a tour was just perfect for me. Forward twelve years and I was back in Chile, this time solo and going overland from Arequipa in Peru. If you are also travelling from Peru to Chile you may find my itinerary useful. I only had 7 days here in total and didn’t make it further south than Santiago as it was winter.

Getting to Chile from Peru had not been that easy. If I was travelling from Peru to Bolivia there were no shortage of buses but Chile seemed to be a different story.

Chile is a long, thin country and distances are far so I decided to stop in Arica for one night on my way down to Santiago, the capital. To arrange my transport there I went into one of the travel agents in the main square in Arequipa. I normally arrange my own transport but this one wasn’t that straightforward. From the bus station I caught the bus to Tacna. Upon arriving at the bus station at Tacna, I had to ask the staff at the Turbus desk to call a man called Jose who then came to collect me and took me to a different bus station and put me in a car where I travelled with 3 Peruvians across the border to Arica. I definitely couldn’t have arranged this myself. This cost me 110 Soles in total and was worth paying the agency for a peace of mind. The guide who took me to the car spoke English and I felt really safe. 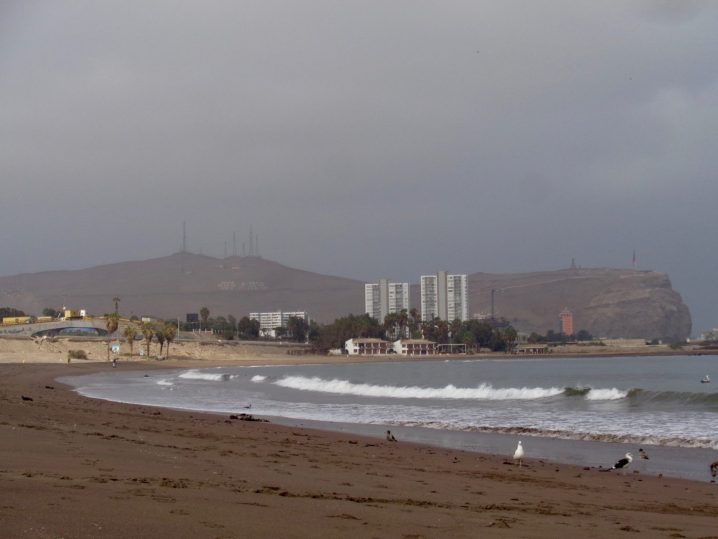 In the early hours of the morning I arrived in Arica. There isn’t much in Arica but straight away I loved the feeling of this place. The guesthouse I had booked was a 5 minute walk away from the bus station. The taxi driver had refused to take my money and directed me on foot instead (how many places does that happen in!) Everyone I encountered was so friendly and I felt immediately at ease.

Being too early to check in, I left my belongings and headed for a walk to the beach. I  sat on the sand and absorbed the peace and quiet of a new country. I had liked Peru but I hadn’t felt quite myself there. Crossing the border had felt so different and I was glad that I had chosen to stay overnight in Arica, the perfect stop for one night’s rest.

Things to Do in Arica

Arica is a port city in the north of Chile and the closest city I could stop in from the Peruvian border. It is known for its long beach which is good for surfers (it’s called Surf City for a reason). As well as surfers riding the waves you’ll see pelicans sitting on the waves and turtles swimming the waves (look for the large turtle sign for that area of the beach)

You can get a good view of the city from the path on Morro Arica hill. There didn’t seem to be that much to do here except visit the beach and check out the view. There is a cathedral called San Marcos Cathedral which has a pretty pink exterior, plus San Miguel de Azapa Archaeological Museum where you can see mummies.

The likelihood of meeting other travellers here is virtually nil but that was ideal for getting some quiet work time.

Arica isn’t really the place to find hostels so I booked Residencial Tres Soles instead – a guest house with my own room and a shared bathroom for £11 a night (without breakfast). The owner was really nice and I could buy home-cooked meals if I wanted to. Find out more.

Flights were cheaper from Iquique so I caught the bus from Arica which took 5 hours and cost $8. The drive was stunning. The sun set over pink sand as I sat at the front of the bus taking in the stunning pink hues. As I arrived in Iquique the city lights came twinkling into view, the sea on one side and pink coloured dunes cradling it the other. From the bus I took a taxi to the airport. I was only in Iquique for a couple of hours but it made an impression on me and I would definitely come back.

I flew to Santiago from Iquique airport which took 2 hours and cost $49 through Sky Airline. In Santiago I waited for my flight to Easter Island which I booked through LATAM flights for £365 return. The plane to Easter Island was a Dreamliner making the flight even more special! 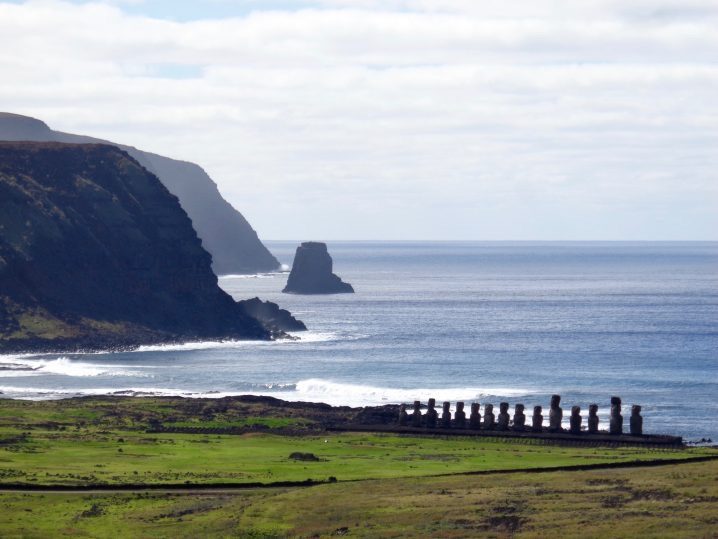 Easter Island is one of the three islands which makes up the Polynesian Triangle, along with Hawaii and New Zealand. It’s an island which is literally in the middle of nowhere. Six hours from Chile, and the same distance from Tahiti. Although it is nowhere near Chile, Easter Island is part of Chile’s territory.

Known for its giant, stone statues, Easter Island is a magical island drenched in myths and legends. The island was discovered in 1722 by Dutch explorers, who had arrived on the land on Easter Sunday. The island is so magical and is one of my favourite places to visit in the world. Things to do on Easter Island:

Watch a Rapi Nui cultural show – Tera’ai is an authentic gastronomy and Rapa Nui experience based on the island's culture. This ancestral cultural group performs an artistic show which spans through the history and culture of this magical island, known for its large Maoi statues.

See the Megaliths and the Journey of Legends – You can’t go all the way to Easter Island without seeing Tongariki, which is the most impressive monument on the island with 15 Rapa Nui statues. You also get to see the volcano or the ‘factory’ where the statues were carved. The Journey of Legends Tour takes you to see the only statues which are looking out to sea, and to the small volcano where the red stone for the topknot was quarried.

Accommodation isn't that cheap on Easter Island. I stayed at Hostal Mihira’s, which although was one of the cheapest at the time ($30 a night) and also clean, it was really noisy at night with dogs barking outside. It was also a bit of a walk from the town but I did meet a really nice French girl who came with me to the cultural show. I would look at alternatives such as Hare o Ahani from £28 a night for a single room with a shared bathroom.

After a 6 hour flight from Easter Island to Santiago, I took a shared taxi into the Chilean capital. Go to one of the transfer desks before you exit and ask for a shared taxi. You may have to wait to be dropped off as others may get priority depending on where you are staying but it is definitely cheaper than getting your own taxi. 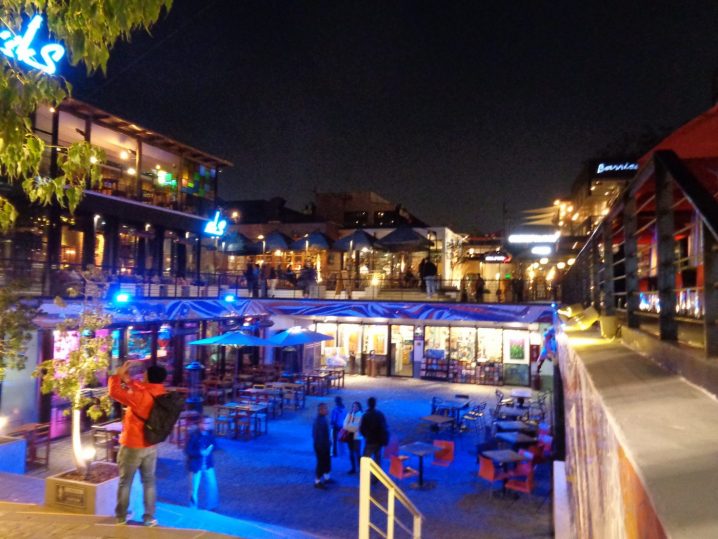 Santiago is Chile’s capital city and on a clear day you can see that it is surrounded by the snow-capped Andes. Unfortunately the view isn’t always visible because of the fog that can sit over the city, but when you can, it is pretty spectacular.

Things to do in Santiago

Get a good view – The best place to get a view of the city is at Sky Costanera which has an observation deck, or visit Cerro San Cristobal, which is a cathedral on the hilltop.

Do a walking tour – Tours for Tips are a great company and offer 3 hour walking tours around the city teaching you about the city whilst keeping you entertained. If you prefer wheels rather than going on foot, choose to cycle around the city instead on a bike tour.

Plaza de Armas – Explore the historical centre of Santiago which has some of the city’s most important buildings with neoclassic facades such as the Correo Central. Then shop for a handicraft whilst listening to a local musician before enjoying a coffee and people watching to your heart’s content.

I stayed at Dominica Hostel which was in Bellavista a really funky area with cafes and bars and near to a park. It cost £9 for a bed in a 4-bed dorm and included breakfast. They also had heating in my room which was ideal considering it was their winter and really cold.

From Santiago there was the option to go to Valparaiso, a port city known for its colourful clifftop houses. It was only a 1.5 hour bus ride from the capital. You could also cross to Argentina and head to Mendoza, the famous wine region but being there at the wrong time of year meant that there was a chance that the pass between the Chile and Argentina border could be closed. Needing to be in Brazil for a certain date meant that I had limited time so I chose to fly direct from Santiago to Buenos Aires instead (my flight was with Sky Airline and cost $145).

My time in Chile had been short but Easter Island had been amazing. I definitely recommend the Atacama Desert if you’ve never been there before, and to join a G Adventures tour if you are not confident with your Spanish or going completely solo. 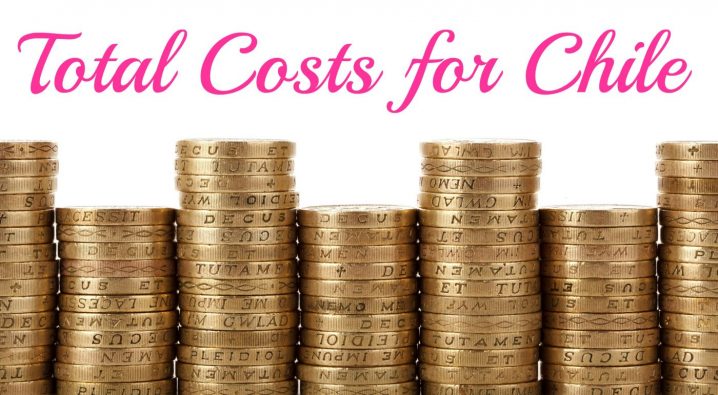 From Santiago I travelled to Buenos Aires and spent 5 nights here before heading to Uruguay. Posts to follow 🙂

N.b. Some of these links are affiliate links. You still pay the same price but GatG makes a small percentage on your purchase. I give 10% off all profits to children's charities every month. Thanks for helping x

2 thoughts on “How I Travelled Chile as a Solo”