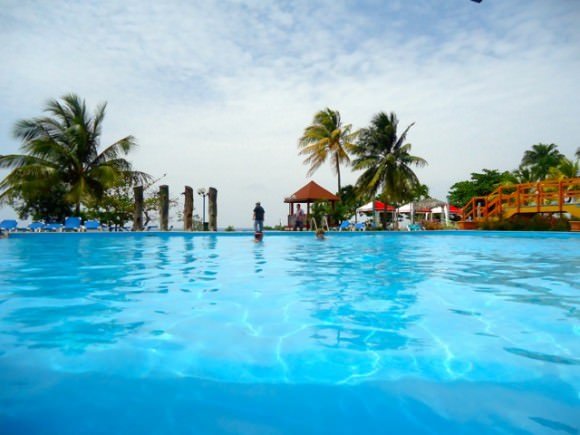 Fascinating, stuck in time and a mecca for salsa fans, Cuba is one of the most fascinating countries I have ever been to…

Flying into Holguin in Cuba on Thomas Cook airlines I felt like a tourist, sat with men in Bermuda shirts and families ready to get some sun on their two week package holiday deals.

It had been a few years since I had taken this type of ‘holiday’ but as we stood outside of Holguin airport and watched the coaches with hoards of holiday makers depart, I found myself wishing that we had booked a transfer and remembered the ease of package holidays: someone meeting you at arrivals, crossing your name of their manifesto before allocating your coach to your resort. 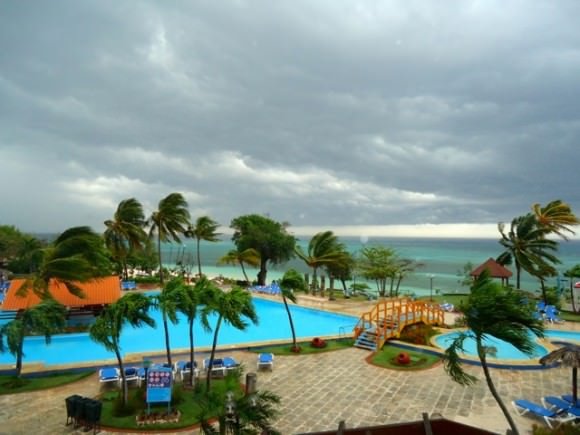 With all of the taxis gone, we changed our money then joined forces with the only other people left stranded at Holguin Frank Pais International Airport. Then as four of us with the lady speaking amazing Spanish, we arranged a cab and started our hour’s journey to Guardalavca, a town in the Holguin province, with our bags tied on top, past lush greenery until the sky turned the wrong shade of grey. 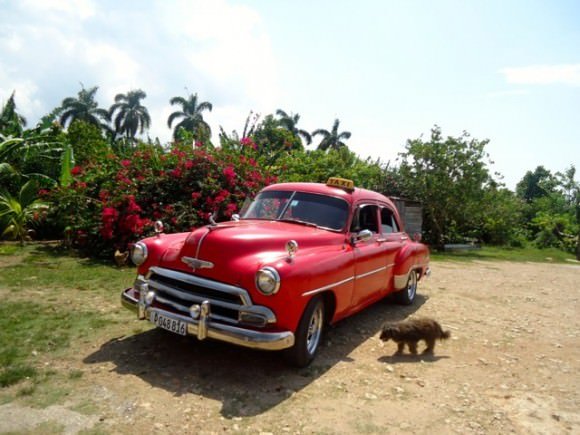 “Will it rain?” I asked the driver who hesitated unconvincingly then replied “no.”

Within minutes the heaven’s opened and the rain fell upon my new pink backpack tied to the top of the 50’s American-style car. After a brief pit stop to drag our bags over our laps and doubling up as an airbag for the man in the front seat, we were off again – first stop our resort; Hotel Club Amigo Atlantico. 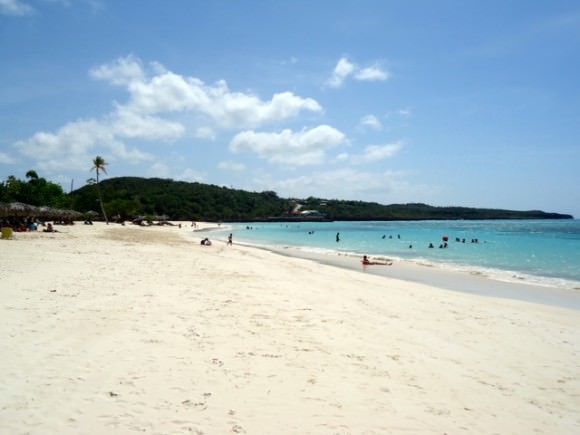 If you’ve never been to the Caribbean, you are missing a treat. The beaches are just like they are in the glossy travel magazines and Cuba is no exception. With white powdery sand and the sea a rainbow of blue hues, it is the cliche of ‘paradise.’ 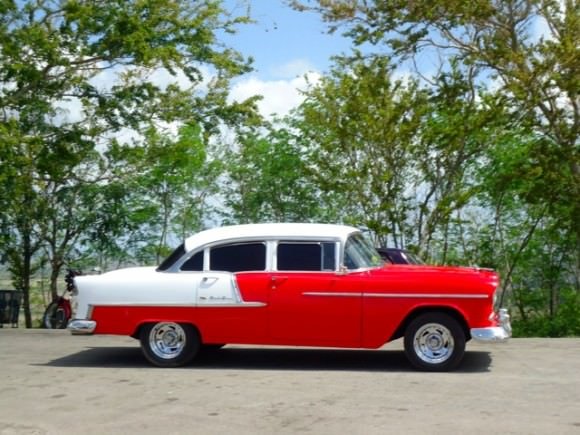 From the hotel there's only a couple of excursions you can take. A red hop-on hop-off bus  (yes, they even have them here!) which takes you around the resorts, the craft market and the Indian Village which is more of an historical site with models and wooden huts showing the history of the ‘Indians' who are actually the original Cubans. Nearby is the Skeleton museum which is okay if you're into skeletons and it's pretty cheap to get in. 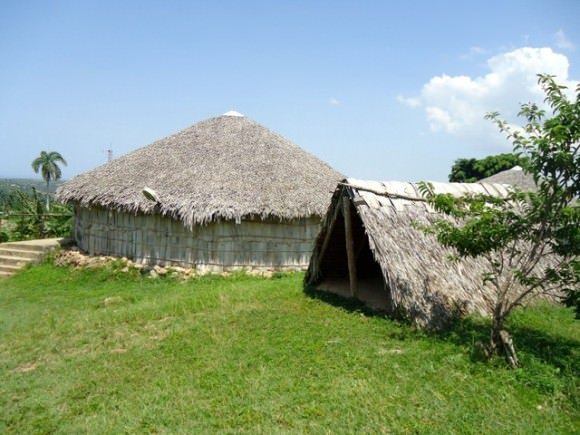 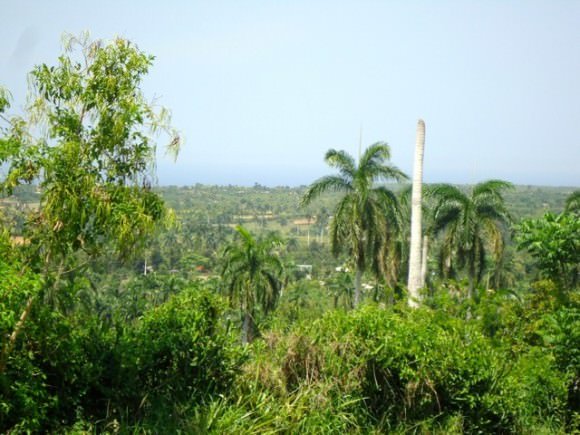 If you want to stay away from the touristy areas (and Guardalavaca is very touristy) then get a local driver to take you to a local farmers house. The cost is ‘free' to enter but you pay a tip to the farmer once he has shown you around his farm and introduced you to his exotic fruits (he even chops open a coconut for you).

Then it's a fresh Colombian coffee, grown on his premises, guava jelly and cow cheese on fresh bread, which may sound like a strange combination but it's surprisingly good. Nene is the third generation of farmers and his family have lived on the farm for 70 years! 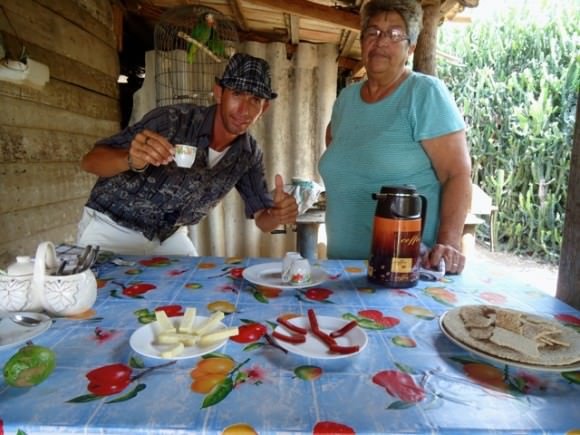 Our guide, Nene's wife and some tasty Cuba treats 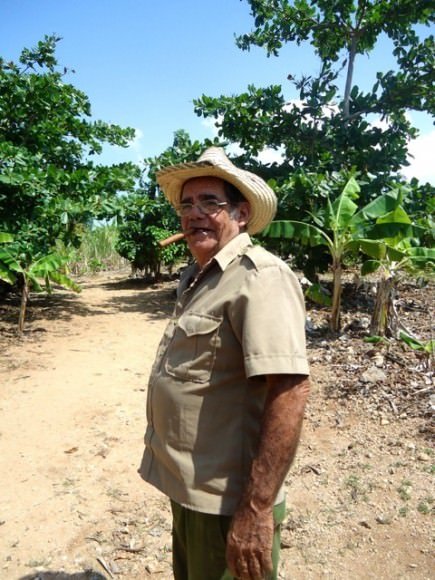 Guardavalca is just 45 minutes from Holguin and a bus tour takes you into the city. It’s a small city with not much to do except walk around and admire the colourful buildings and listen to live Cuban salsa blaring from music halls.

However, it's a great place to observe the locals though as they queue for ice-cream, drink local beers in bars and just chill in the parks, or you can choose to climb the steps towards the Hill of the Cross which has a great view of the city. It only takes 20 minutes to climb up and back down past Cuban sellers, selling hand-made jewellery.

After 5 days of getting acclimatised to the heat, eating fresh fruit, lobster and basically spoiling ourselves rotten, it was time to move to a more cultural part of the island; Trinidad (coming up in the next post!) 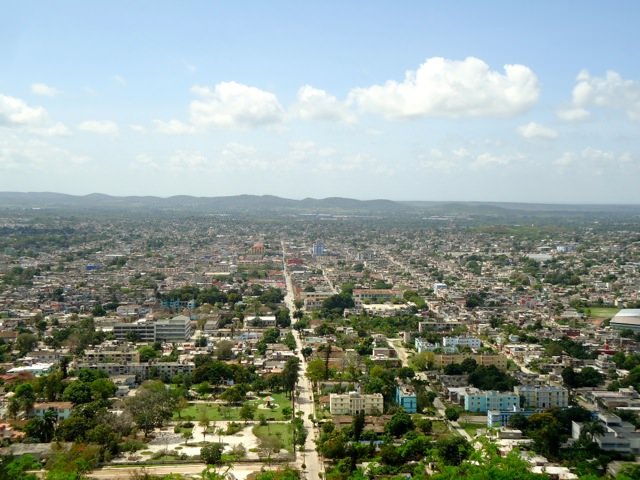 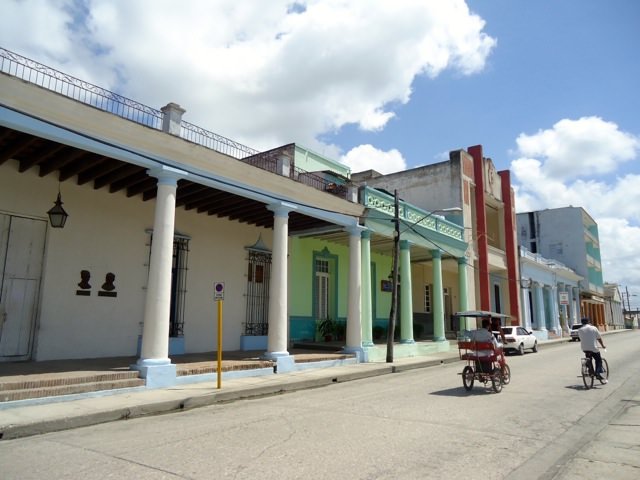 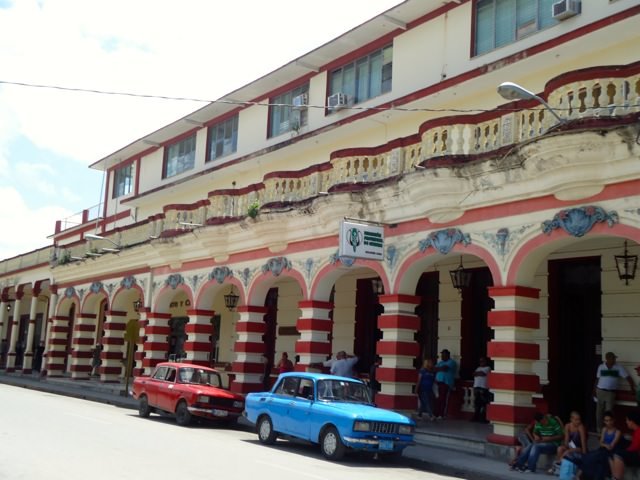 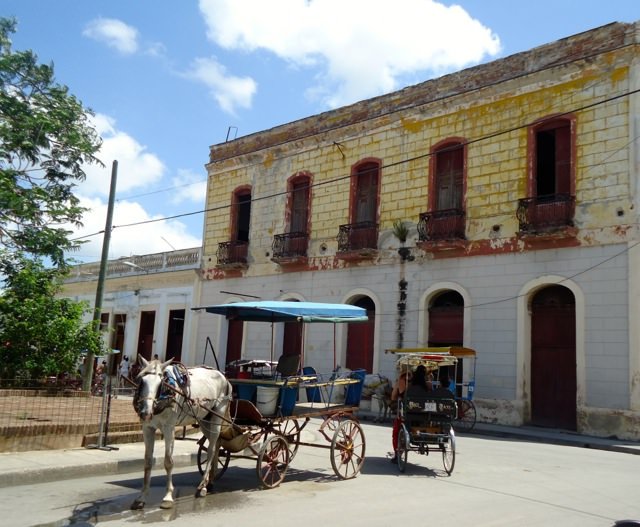 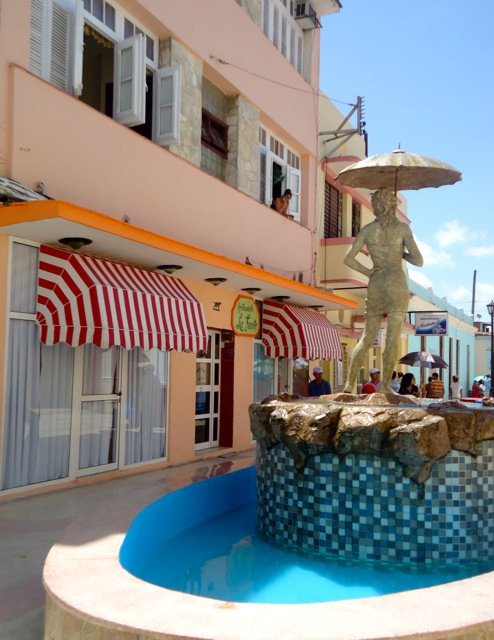 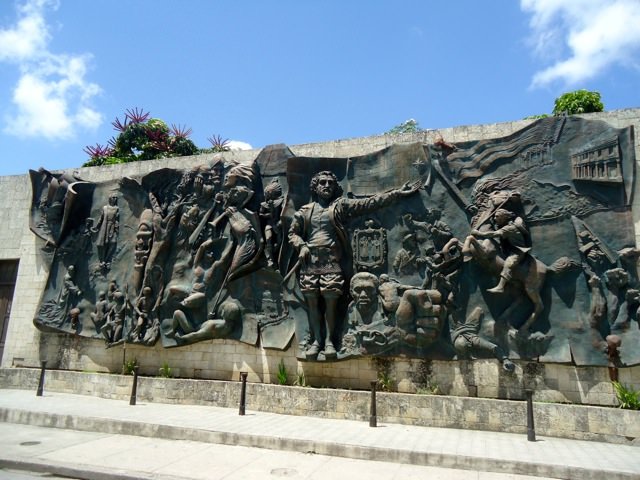 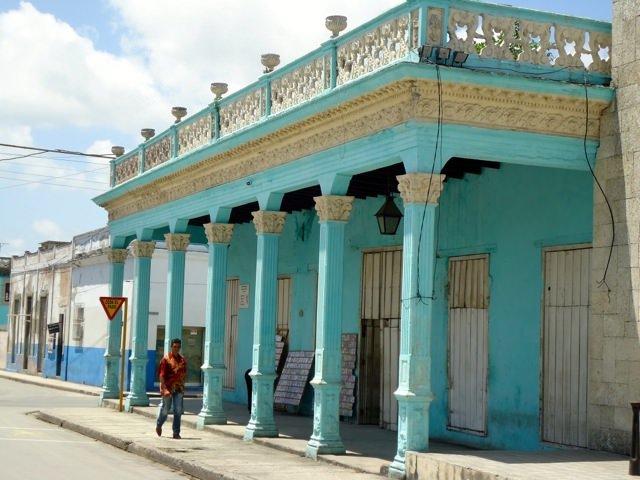 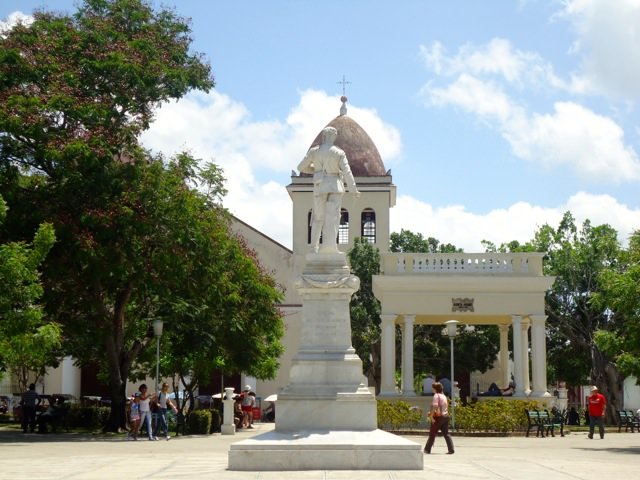 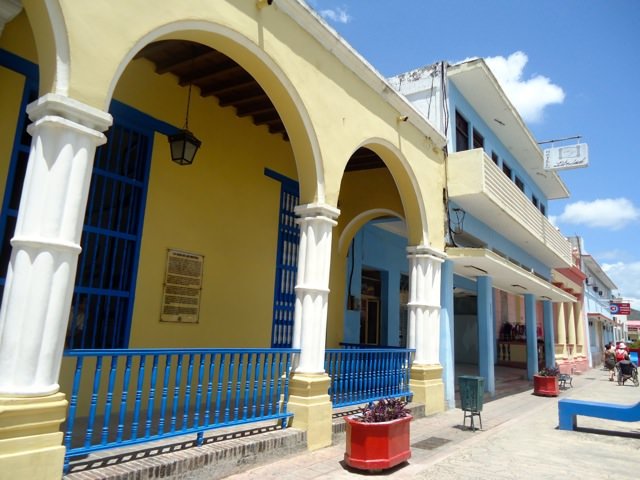 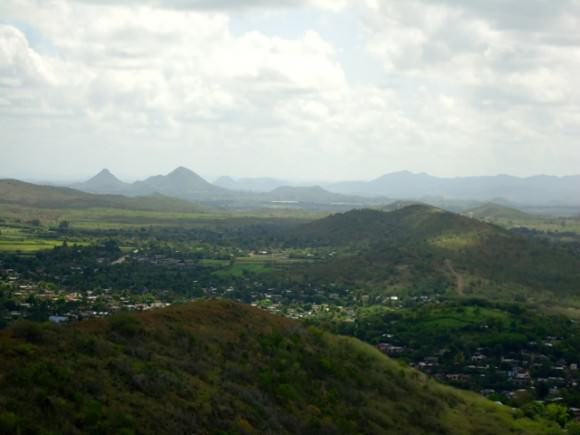 Have you ever stayed in an-inclusive resort?

2 thoughts on “Holguin in Cuba”