Look very closely at this picture. It may seem like just a picture of muddy ground to you but in actual fact, 15 metres under this very piece of ground is where Hitler hid in his last days in Berlin before taking his own life with a cyanide pill and a shotgun on 30th April 1945. Eva Braun, his newly-wed wife of just 40 hours, lay dead next to him. 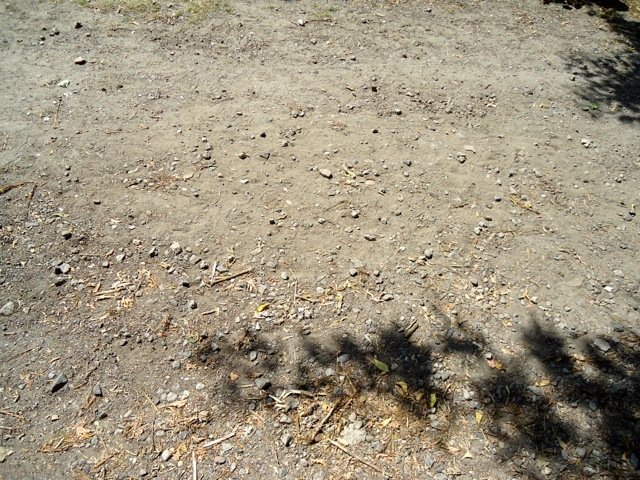 It's under here honest

It looks like an ordinary car park and if it wasn’t for the tour guide, I would have just walked by totally unaware of what lay beneath. For such an important moment in history, the site has been dumbed down and understandably why. Hitler wasn’t the only person to take his life here. It is also suggested that Joseph Goebbels, the Propaganda leader killed himself, his wife and their six children within this bunker (again with the aid of cyanide pills). 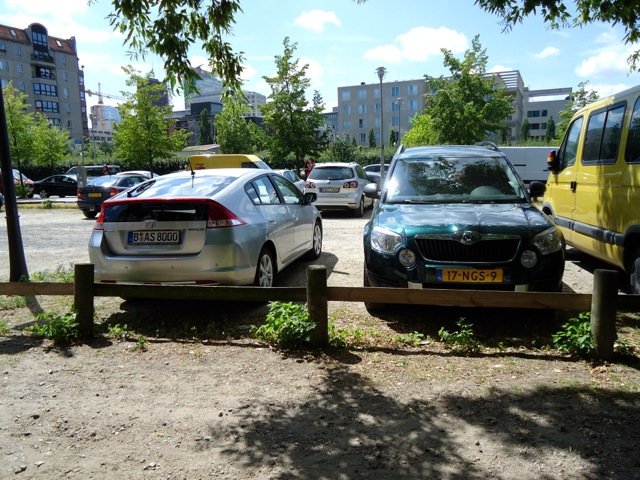 Is this just a car park?

Just a couple of streets away is the Memorial to the Murdered Jews of Europe, opened in May 2005 and designed by a Jewish architect. The memorial is in honour of the 6 million Jews who were murdered during the holocaust. A free museum lies underground giving disturbing accounts of the families and prisoners who were affected.

Walking through the memorial you get a sense of disorientation within the tall slabs that stand up to 5 metres high, the ground is uneven and you can only walk single file. It is a solitary experience, one that leaves you thankful to emerge from the other side. The exact figure of slabs that stand here is 2711 but no one knows the reason for the design and even though he is still alive the architect insists that the design is left for interpretation… 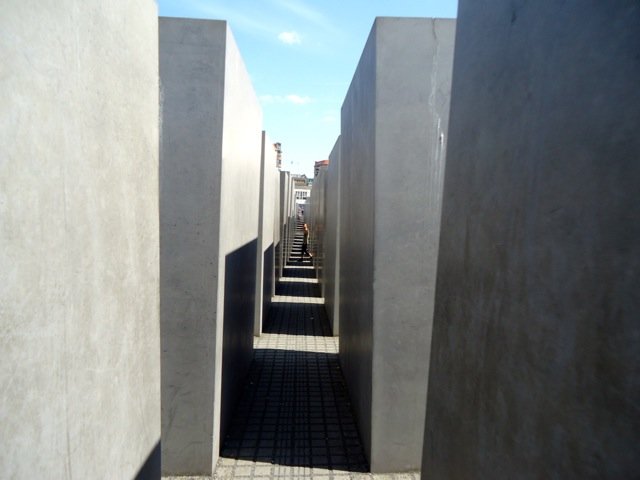 The Memorial to the Murdered Jews of Europe

My walking tour including Hilter's bunker tour was with Sandemans Tours who offer free tours and make them so interesting that you want to tip at the end.