‘I don’t think it’s that easy to hitchhike,’ said my Italian travel partner whom I had met on the bus the day before and on a whim had decided to get off at his stop and go wild camping with, (spontaneous I know but six hours in travelling time is like knowing someone for at least a week in real time).

‘Let’s try,’ I said, holding out my thumb. Five seconds later we were sat in the back of an Albanian TV presenter’s car who then brought us a drink and spoke to us in fluent Italian! 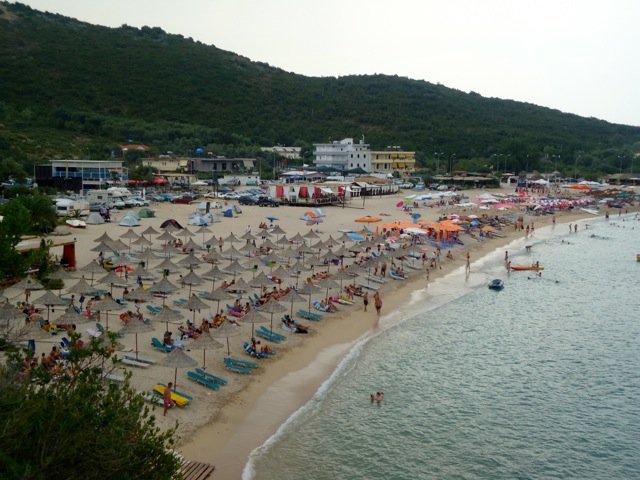 I had left Montenegro and gingerly stepped across the border to Albania. I have to admit that this was not a decision I had taken lightly. My preconception of the country had been tainted by others views:

‘Everyone drives around in stolen cars,' I had been told.

‘Albania? I'd never go there – dodgy country,' said more than one other.

And just months before I had listened to the tale of a travel writer as he described the scene of being held at gunpoint when he arrived in the country (admittedly over twenty years before but still a thought for concern).

But the first lesson when you travel is to never have any expectations.

So are all Albanians car stealing criminals with guns?

Albanians are really really lovely people and being new to tourism, they are so welcoming to foreigners and are so proud of their country. Being a country that is not very easy to navigate your way around by local bus (they haven't grasped the concept of bus stations yet), I had been advised that the best way to get around is to hitchhike.

Yes, I did just say “hitchhike.”

Being someone who has travelled to 73 countries and 35 of them as a solo female traveller without hitching a ride in any of them, I would never tell anyone to hitchhike. But when the hostel manager repeatedly said ‘just hitchhike' in response to ‘what time does the bus come?' I knew this was a safe country to pop my hitchhiking cherry. 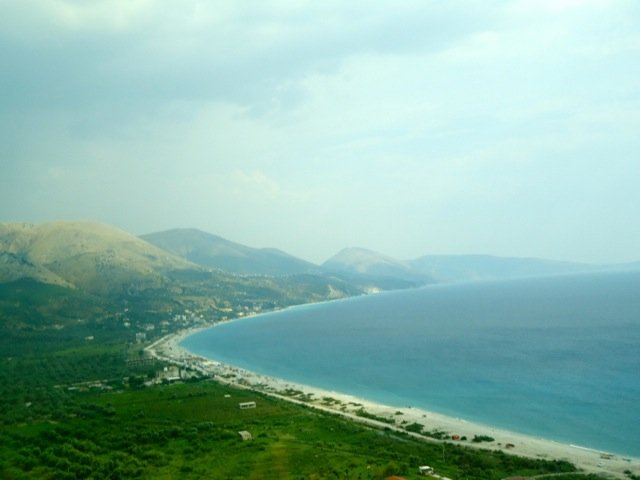 And after our successful morning of hitching a lift to and from the beach, I had to agree but I had been with the Italian and didn't know if I had the courage to go it alone.

I had parted from my Italian travel buddy and was waiting for the bus. It was expected to come at 1pm but no one really knew. Two hours later I could hear the engine as it came around the bend. I held out my hand to indicate for it to stop and bent down to pick up my bags, thankful that finally I would be on my way.

But… the bus didn't stop and drove straight past me without even slowing down.

It was now or never and in that spontaneous moment (like getting off the bus with an Italian guy you have just met), I stuck out my thumb feeling a rush of adrenaline at the action.

And then… a car pulled over and a young man and woman picked me up. After a quick conversation in pigeon English, they drove me the hour journey from Vuno to Sarande, a beach town on the coast, with dance music pumping over the car stereo and stopping half-way to buy fresh figs at the side of the road.

I could not have been picked up by nicer people and all I could think for hours after was ‘I have just hitchhiked in Albania.' Crazy! 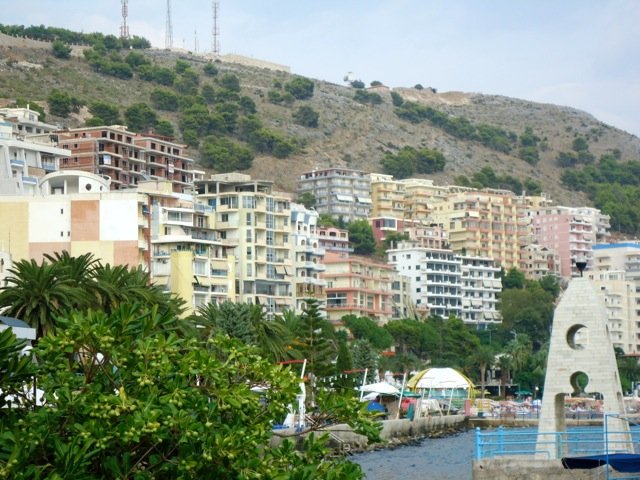 The busy summer town of Sarande

I wouldn't advise anyone travelling solo to hitchhike. The saying ‘safety in numbers' definitely applies in this instance but there are many people I have met in Europe who hitchhike. My advice if you choose to is to listen to your instinct and don't feel obliged to get into someone's car just because they have stopped.

4 thoughts on “Hitchhiking in Albania”