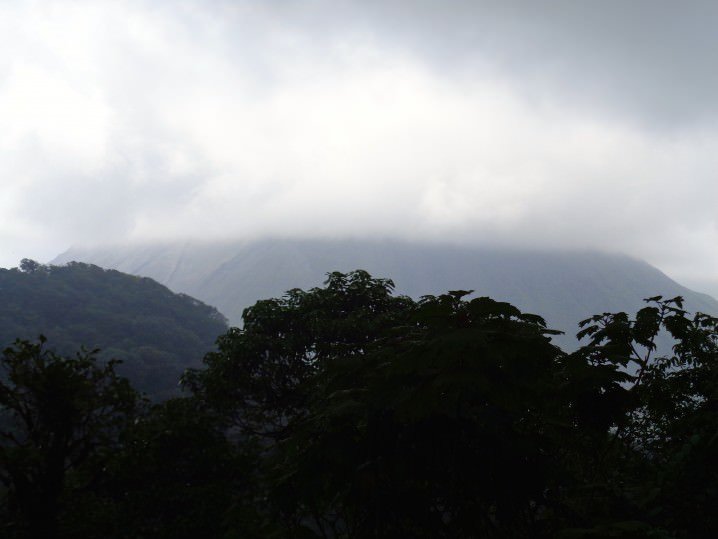 If you're planning on visiting Costa Rica, here's my experience of hiking Cerro Chato

One moment it was there, then in a blink of an eye it was gone, covered in a swirl of thick mist as it sifted over the summit of the volcano leaving nothing but a view of grey cloud. As the mist loomed in, the green lagoon disappeared before my eyes. The visibility in the path behind us was diminishing and the temperature was dropping.

Having read about cloud forests in Costa Rica, this was the moment that I realised I was actually in one. After hiking for 2 hours in the hot sun through the Costa Rican rainforest, we had been greeted at the top by the view of Volcano Arenal. Admittedly a fleeting view, but nonetheless, we had seen it. 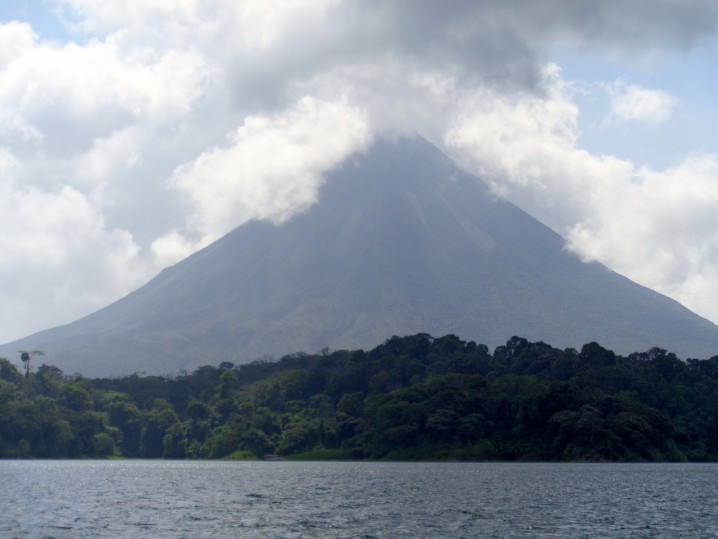 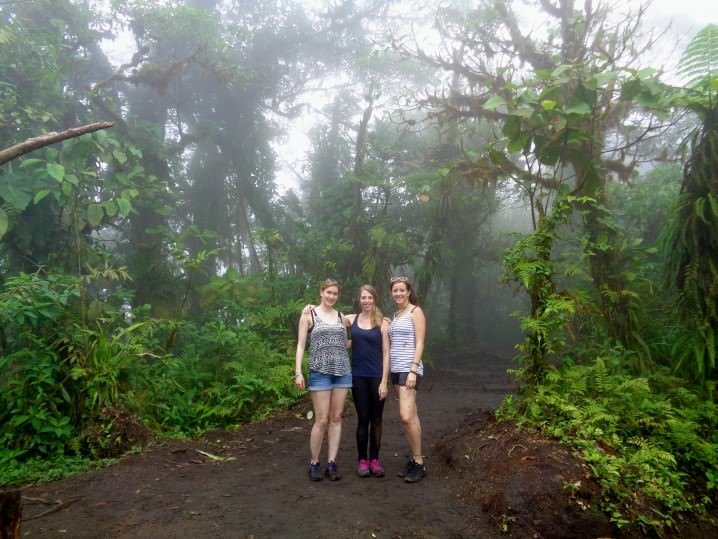 Reaching the top of the cloud forest.

Arenal Volcano was Costa Rica’s most active volcano where you could see real-life lava. That was until 2010 when it decided to quieten down and hide its lava from the visitors who still come here expecting to see the red glowing rocks. This isn’t helped by Costa Rica still marketing the volcano with pictures of lava, but you can’t blame a country for trying.

Although you’re not allowed to hike the volcano, you can hike Cerro Chato which is nearby and offers a great viewpoint, (when it’s not cloudy) of the volcano, plus there is a green lagoon that if you’re brave enough to climb down the 90 degree angled hill, you can swim in. This is part of a national park and the hotel which you pay the entrance fee to also has a waterfall that you can walk to. 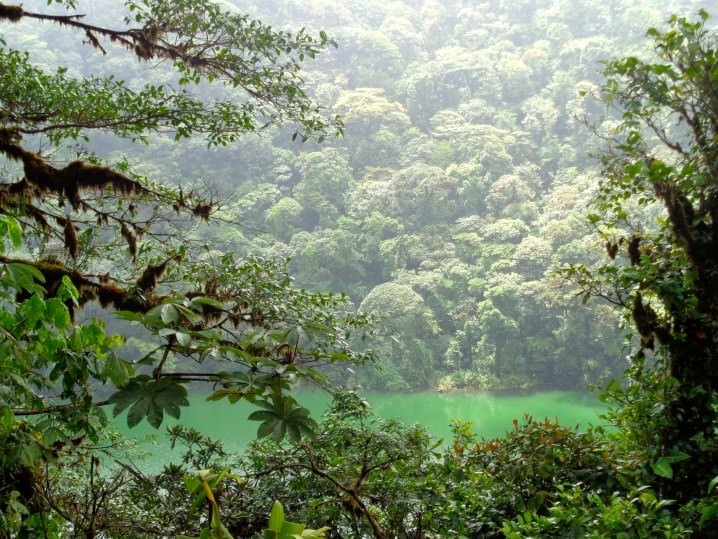 The green lagoon of Cerro Chato.

The hike is actually quite strenuous. Being relatively fit, it was challenging navigating the rainforest part which is the second half of the hike and some parts you had to climb (see the video below). I definitely recommend either joining a tour group for this or finding others to walk with. I had company which made the hike easier as I had someone to hold my hand along the steep bits.

Arenal Volcano National Park is a ten minute taxi ride from the small town of La Fortuna, the gateway to the region. Apparently on a clear day, you can see the volcano from the town but the visibility wasn’t great when I was there in April. For such a small town there are so many tour operators all touting for your business. Not content with just offering tours to see the volcano, the area offers numerous adventures for the travellers and tourists passing through such as whitewater rafting, rappelling down waterfalls, horseback riding and exploring caves. 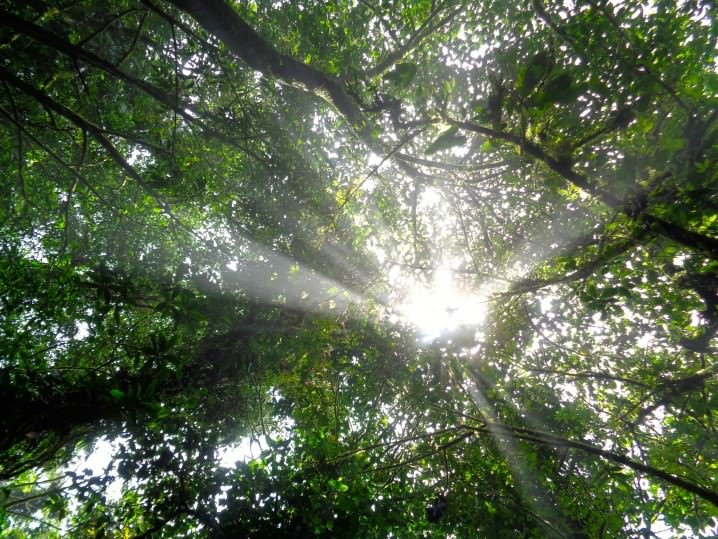 You can also do a canopy tour here but according to the advice from one of the tour guides, the canopy bridges were bigger and more impressive in Monteverde. I did visit these in Monteverde and was actually impressed but if you’re not heading to that town then it may be worth visiting the canopies here instead. 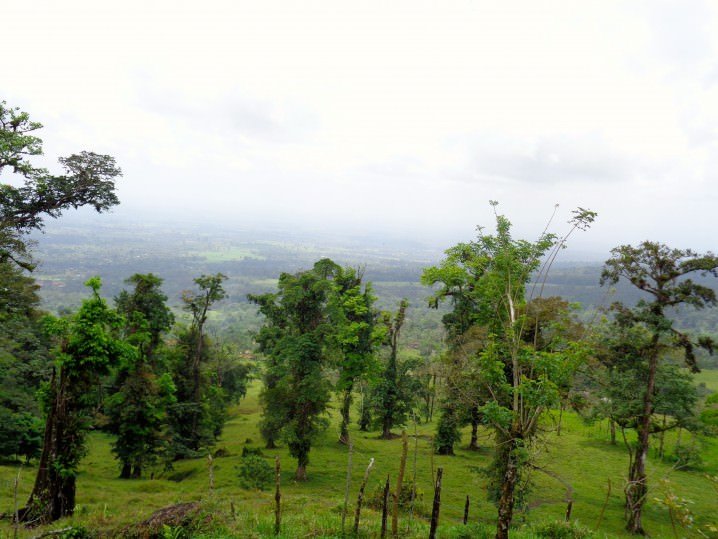 The view of the first part of the hike. 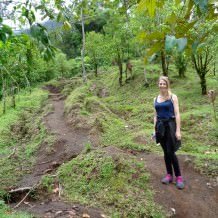 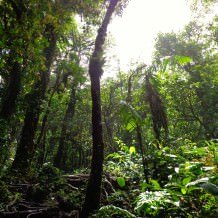 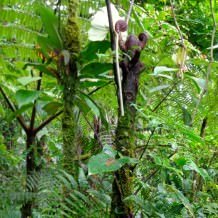 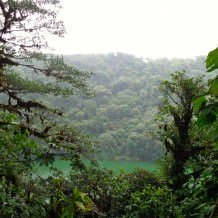 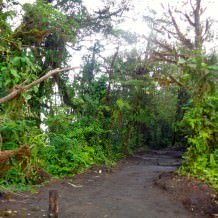 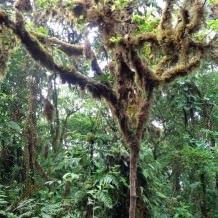 As well as seeing the volcano, my favourite thing to do here is a visit to the hot springs. This little town is overflowing with them, and after a few hours of trekking, laying in my bikini in hot water straight from the volcano was just blissful. The cheapest hot springs you can visit here, is at the foot of the volcano but you need to take your own light and no valuables at all. As romantic as this sounds, I wouldn’t recommend doing this alone so find others to go with. I chose Los Laureles Hot Springs which felt more like a swimming pool (with volcanic water). The most expensive one is the Baldi Hotel which according to a fellow traveller was absolutely amazing with a choice of different springs to choose from. 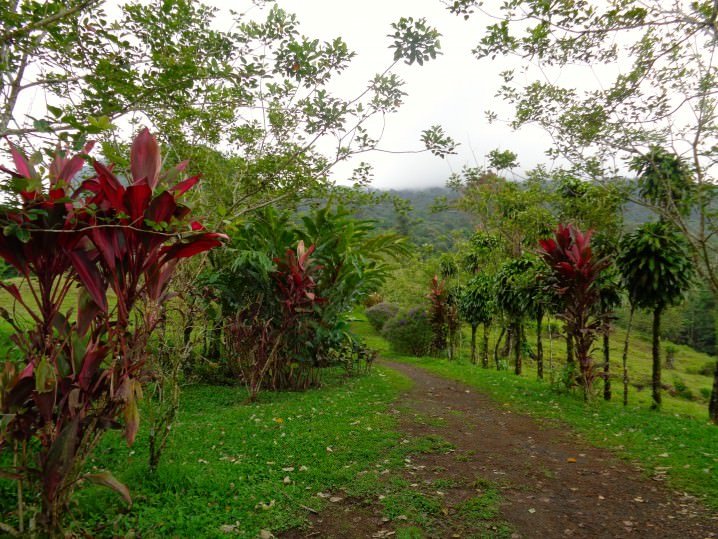 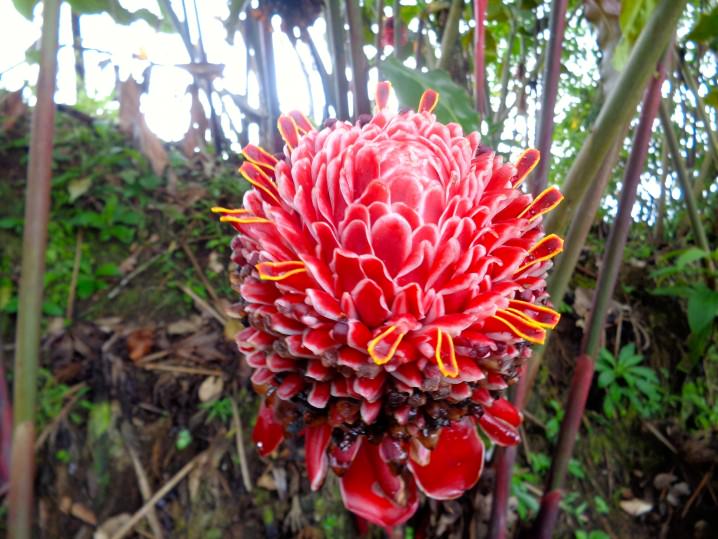 How to get to Arenal National Park

Unless you are hiring a car, getting to La Fortuna, the town near Arenal Volcano National Park, is easy by bus from San Jose. There is no air conditioning and it doesn’t stop but it only costs approx US $2. Just make sure you don’t nearly get scammed in Costa Rica like me. Entrance to the National park costs US $12 and a taxi costs approximately the same (you can just flag one down in La Fortuna). You’re not guaranteed to see the volcano with the cloud cover and make sure you take a rain jacket as the weather can change quickly. 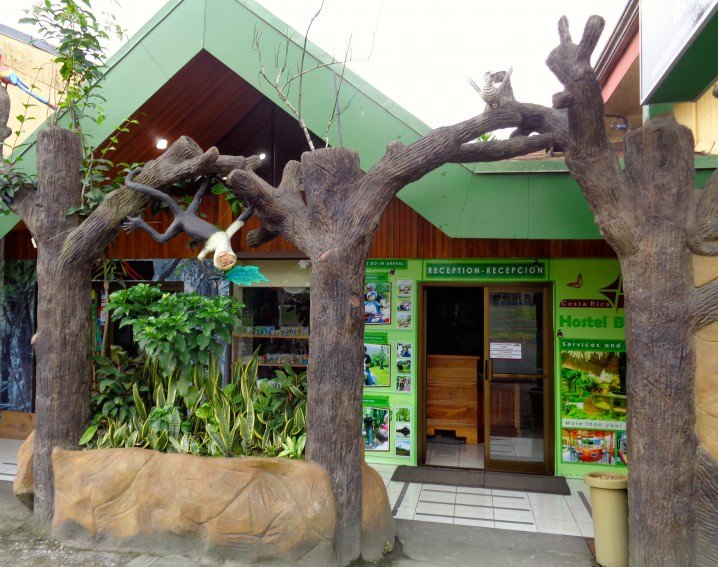 Where to Stay in La Fortuna

I stayed at Hostel Backpackers La Fortuna. They have a really lovely outdoor area where you can enjoy your free colourful cocktail as you check in. There is a kitchen for cooking your own food and a super mini market just next door. It's perfect for solos. 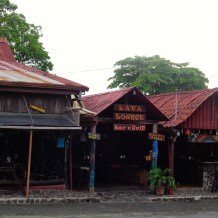 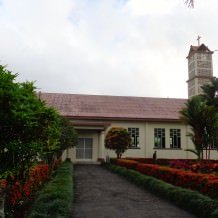 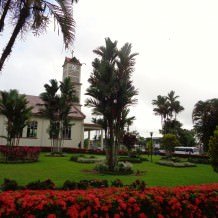 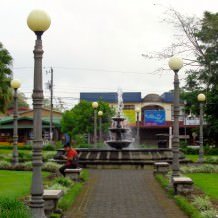 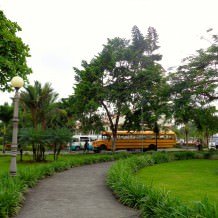 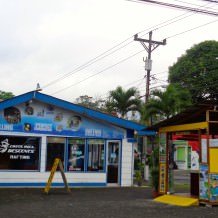 Have you been to Arenal?