If you're planning on visiting Turkey, one of the destinations for active or hiking solos is the Lycian Way. The Lycian Way is a 540 kilometre, waymarked hiking trail devised by a historian to protect this stunning region's history and rural culture. The famous trail runs between coastal cities Antalya and Fethiye with accommodation in basic village guesthouses along the route. This article covers this famous coastal route including the history and what to do along the way.

N.b. Before travelling, make sure to check Turkey's entry requirements as they may differ depending on your nationality. 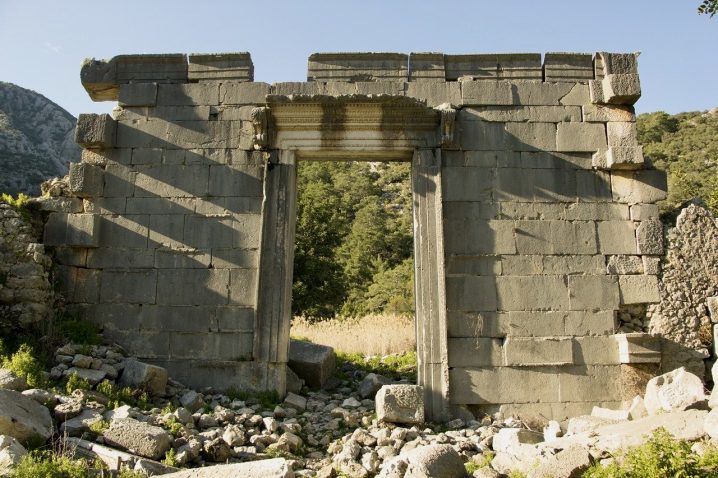 History of The Lycian Way

The Province of Lycia in the Southwest of Turkey was once dominated by the Lycian people who were fierce warriors and defenders of their freedom and independence. The Lycians had multiple cities built in strategic locations across the modern Tekke Peninsula. They defended themselves from Arab attacks and many occasions throughout the centuries and lived peacefully under the rule of Alexander the Great.

Their culture incorporated aspects of Greek and Roman and their language was something truly unique. Since the Byzantine Empire took the region many of these grand cities were abandoned or destroyed but their ruins are still scattered across the rugged hills or hidden below the Mediterranean sea. 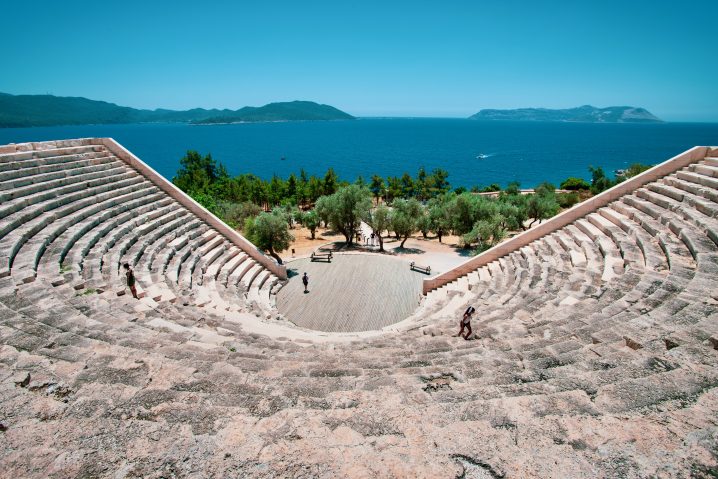 The Lycian Way follows old Roman roads, shaded forest footpaths, and dry dirt tracks, connecting approximately 25 historical sites along the way. Even if you don’t enjoy hiking you can still visit the most impressive of these ancient sites by bus or on a day tour.

Most of these sights are fallen Lycian settlements. The most famous include Patara, a major trading port; Myra, which hosts the best-preserved amphitheatre in the region as well as ancient burial tombs carved into the cliff face and Olympos, the ruins of this ancient city sit at the foot of a wooded valley, on the banks of an emerald green river that flows into the sea.

The less well-known sites are equally as impressive. Smaller outposts such as Pydnai, Phellos and Trebenna have no barriers or red tape despite their derelict state and visitors are free to dig through overgrown plants or climb over mossy walls just like an Indiana Jones movie. 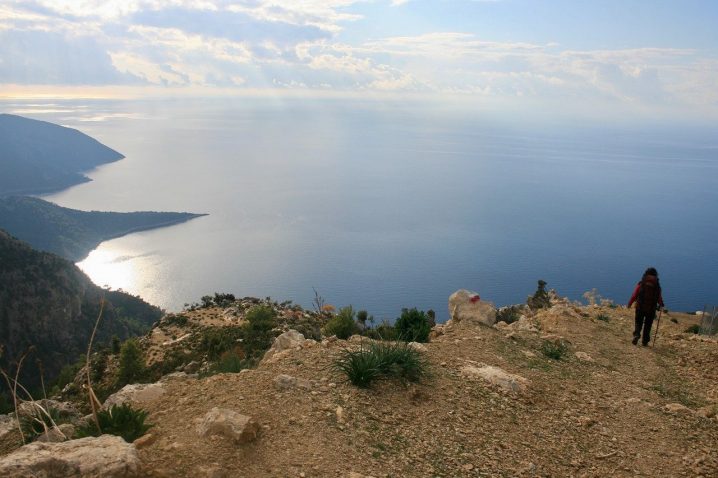 Part of the attraction of the Lycian Way is that the trail roughly follows the shape of Turkey’s Mediterranean coastline, also known as the Turkish Turquoise Coast, where steep cliffs jut out into the sea and mountains disappear into the glistening sea. Small coves have formed in locations that can only be reached by hiking the Lycian Way or sailing.

There are plenty of these secluded bays in the section between the modern tourist town of Kas and the tomato farming town of Demre. You can take a break from hiking in the heat by plunging into the transparent waters. One of the most famous spots is the Butterfly Valley, which is surrounded on three sides by cliffs, while the 4th side is home to a beautiful pebble beach and a tranquil bay. 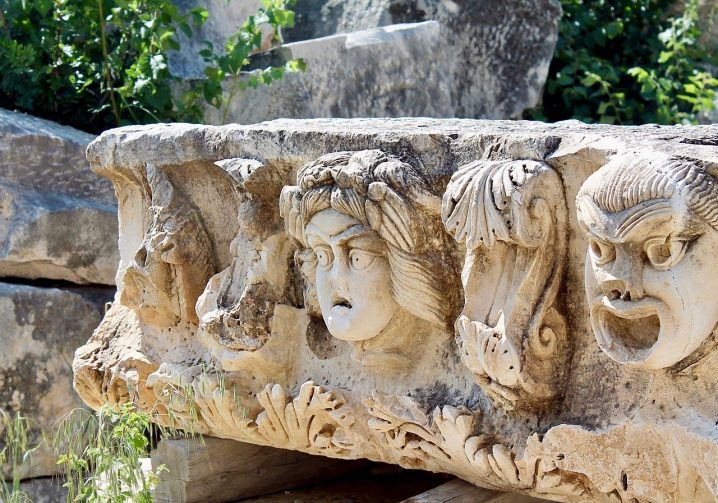 Another highlight is the opportunity to visit some of Turkey’s most rural villages, where locals live mostly from agriculture and from tourism during the hiking season; February to May and September to December. Some villages host vast olive, orange, or tomato orchards, as well as simple mosques and basic family cottages.

Larger villages such as Ulupinar, home to famous trout farm restaurants; Cirali, a loggerhead turtle nesting area and the wine-producing village of Ucagiz, also host small schools and shops selling basic supplies and are connected by a dolmus service. 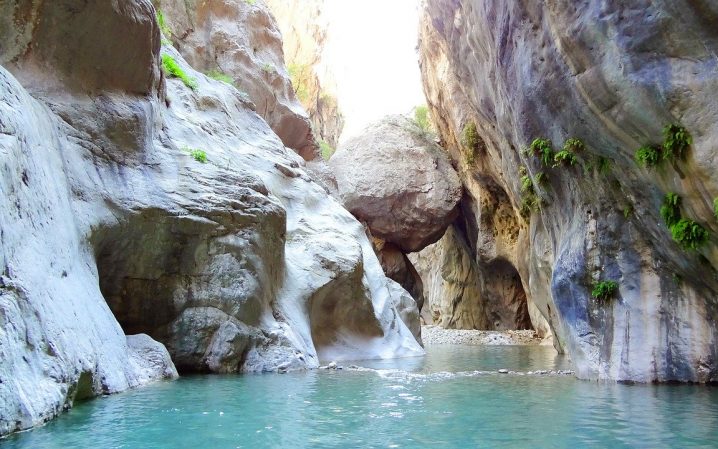 As if trekking over mountain peaks, wading through gorges and traversing thick forests wasn’t enough of an adventure already, the Lycian Way also takes hikers to some of the best locations for extreme sports, so adrenaline seekers certainly won’t be bored.

Throw on a wetsuit and jump into the icy waters for canyoning at Goynuk, grab a harness and scale the cliff faces in Geyikbayiri, where the epic 540-kilometre trail comes to an end. Scuba dive in one of the incredible bays, ride a horse across the 18 kilometres wide Patara beach or check out Oludeniz Paragliding, known as one of the world's best locations for the pulse-raising sport. 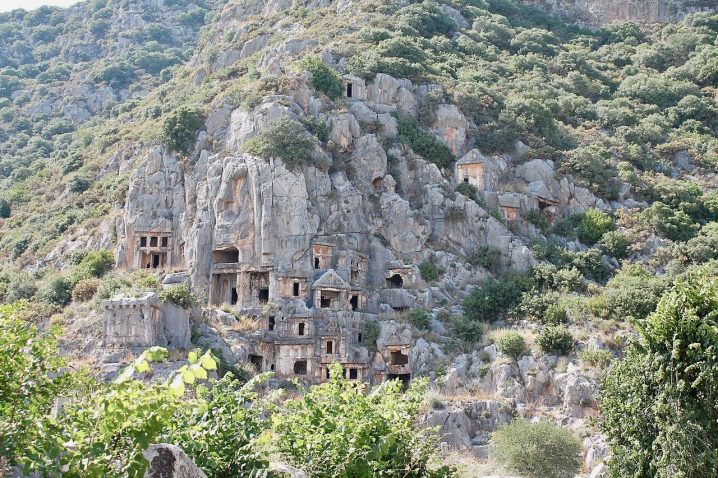 The Lycian Way stretches from Fethiye to Kabak and hiking the Lycian Way can take 29 days to complete. If you're an active solo or a nature solo, it's a fantastic hike to do. You can stay in pensions within the villages along the route and get to meet locals and hopefully others hiking the same part of the trail. You can fly into Antalya to start the route on the eastern starting point or into Dalaman for the west. If you want to avoid the heat (Turkey gets hot!) the best times to go are in the spring and autumn seasons between March to May and September to November.

While it is possible to hike most of this trail without needing to carry a tent (you can stay in village pensions along the route), a three-day section from Demre to Finike takes hikers from sea level to a 1,800-meter mountain peak and back to sea level, with no accommodation or supplies en route.

Some nature lovers say that this is one of the highlights of the 29-day hike although it can be a bit daunting for some especially if you're camping solo. But if love adventure, pack your tent and food supplies and spend the next two nights camping amid ancient ruins or by abandoned hunting camps under the open sky.

If you feel more comfortable exploring this route with others, Explore offers a Lycian Way tour over 8 days in a group of 10 to 16 people staying in comfortable hotels and simple guesthouses. Most meals are included and you get to visit the abandoned Greek village of Kayakoy and the Roman ruins of Patara along this route that is geared at active walkers. * Check the full itinerary and price for the Lycian Way

Have you been to the Lycian Way? 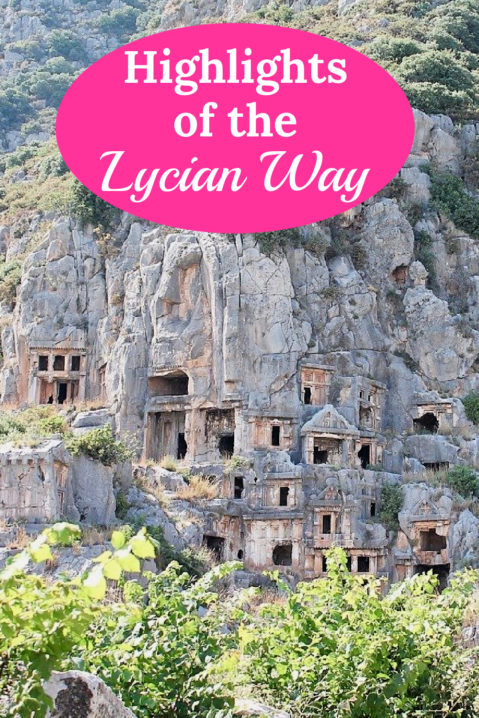