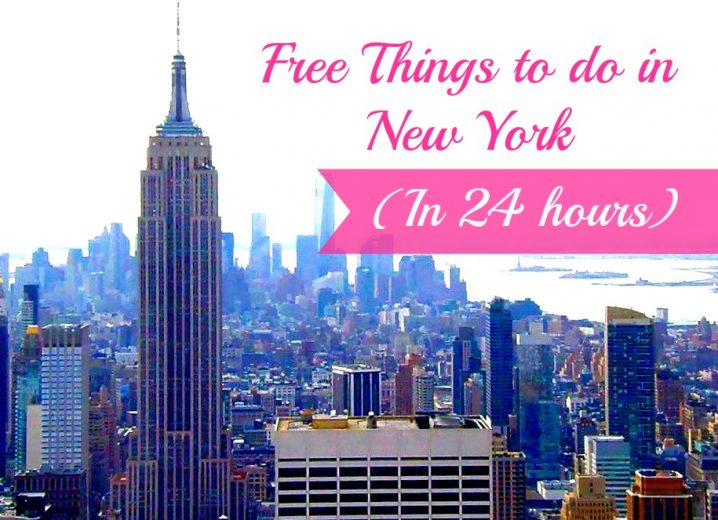 Free Things To Do in New York

The Big Apple is every solo girl’s dream. This vibrant city will have you lost in movie-scene nostalgia, in a shopping frenzy at famous department stores, and at dizzying heights at the top of world-renowned landmarks.

But spending time here can come with a price-tag as high as the Empire State Building. For those penny conscious solos amongst us, here is the best way to spend 24 hours in New York on a budget. 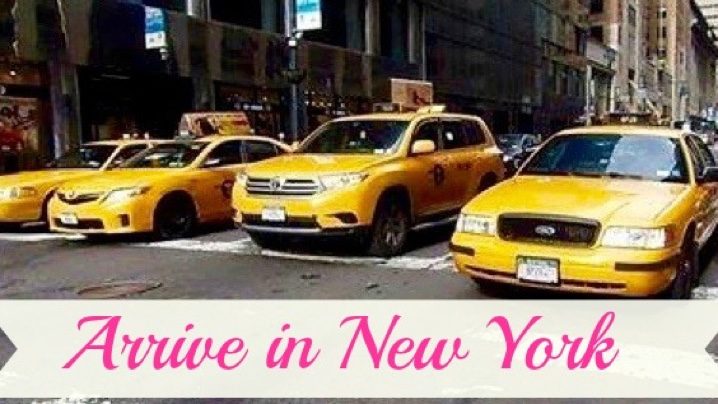 Getting from the Airport

New York City isn’t a city where you’ll need to drive due to its great Metro system and famous yellow taxis. Save time and money by pre-booking an airport transfer in advance. 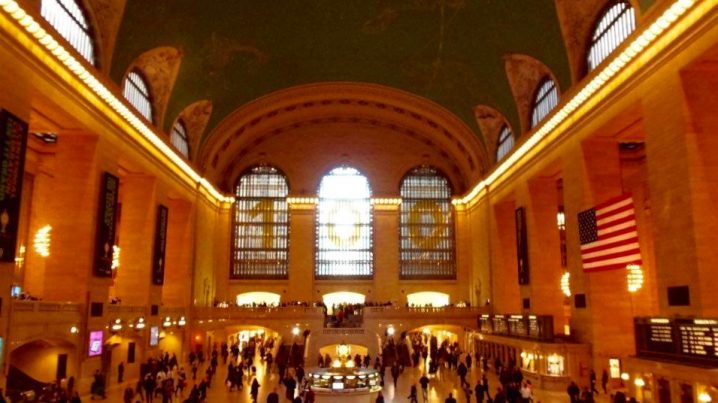 You can do tours here which come at a price but this historic landmark is free to just look around and admire the painted constellations on the high ceilings. If you’re a film buff you may recognise it from the flash dance scene in the movie Friends With Benefits. 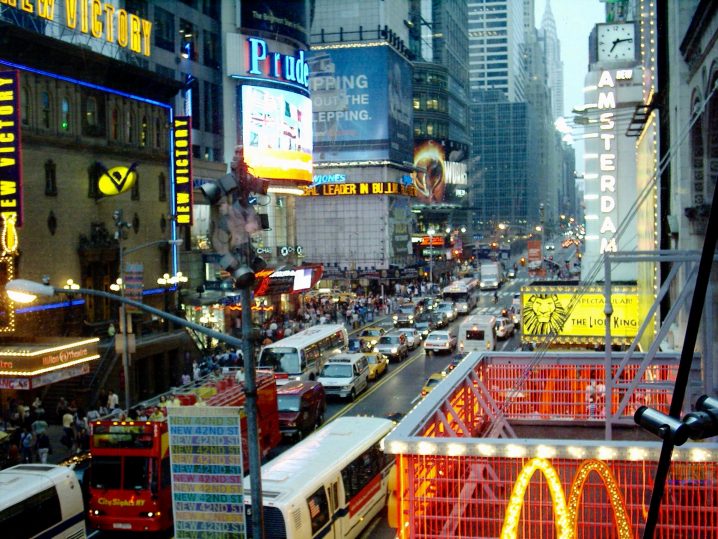 Just fifteen minutes on foot are the neon lights of Times Square. Named so after the New York Times headquarters moved there. With giant adverts adorning buildings and over-the-top glitz, Times Square is a tourist attraction in itself and you won’t feel as though you’ve truly experienced New York City without visiting this vibrant area.

Don’t forget to walk (or just sit) on the famous red glass steps, where Alicia Keys and Jay-Z performed the amazing song, Empire State of Mind. 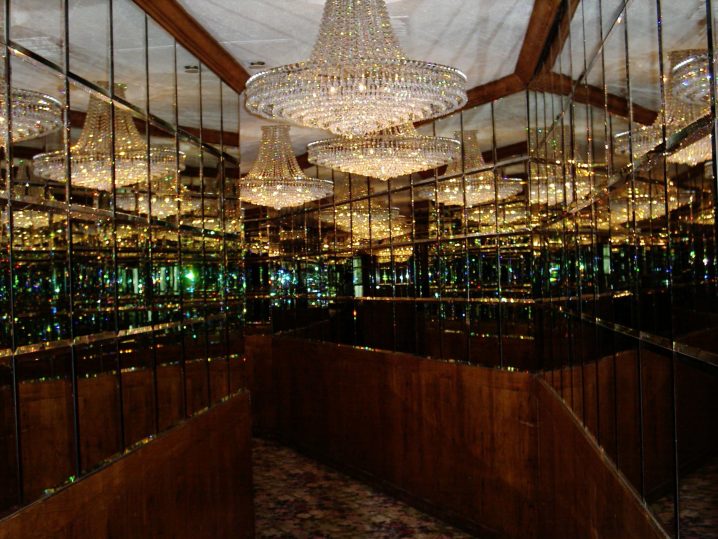 Tavern on The Green

Depending on what time you get peckish, you can either enjoy a bite to eat at Times Square or head over to the next stop – Central Park. Times Square may sound as though it’s going to be expensive but if you buy your lunch from one of the street carts you can find here, you’ll save yourself on a sit down meal.

Our favourite in Central Park is Tavern on the Green – an iconic landmark in itself offering soups, classic caesar salads and wild mushroom risottos all in an elegant atmosphere.

Ready for the afternoon? 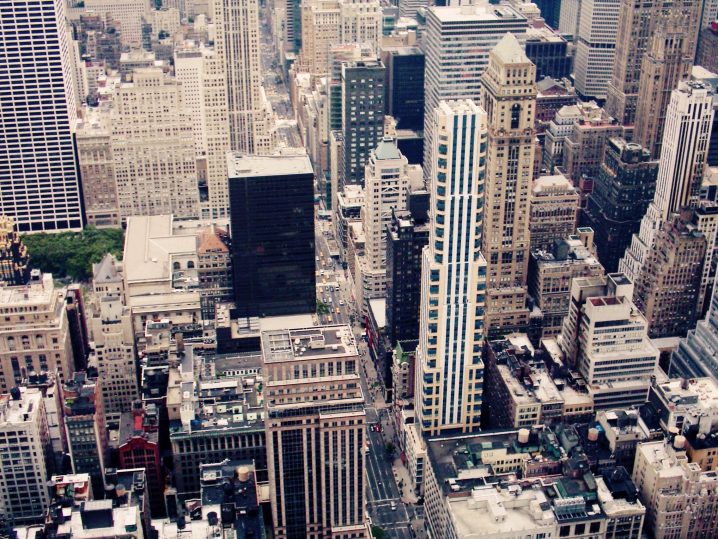 Okay so this isn’t free but if you’ve already paid for a Metro ticket you can use your ticket on the Roosevelt Island tram to get a good view of the city from the air. With a height of 250 feet, this is one of the cheapest views in the city. Only 30 minutes from Times Square on foot. 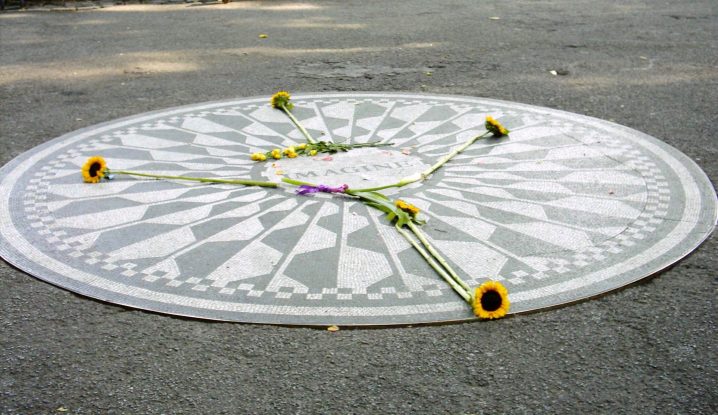 The Imagine plaque in Central Park

No matter which season you are visiting New York, Central Park is beautiful, whether in the Fall or in a snow-covered winter. The park is huge and perfect for strolling around and people watching as you go.

If you are a Beatles fan, the Strawberry Fields area of Central Park has an “Imagine” plaque surrounded by colourful flowers – a tribute to John Lennon. If you’re lucky you may hear some buskers playing Beatles tunes down the way. 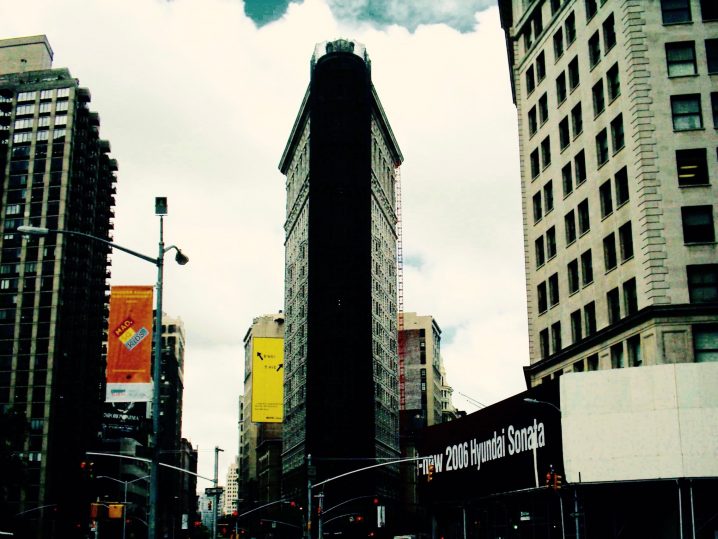 Every girl loves to shop and even if it’s only window shopping whilst in New York, what better place to do it than at America’s most-known flagships at the prestigious Fifth Avenue.

Lose yourself in sparkly window displays of jewels at Tiffany & Co, browse the World’s most famous department store at Macy’s and get giddy at sight of the 86 story-high Trump Towers. If you are feeling flush, treat yourself to a New York souvenir.

Visit New York on a Friday night and you’ll get a free pass to the Museum of Modern Art. Spend time marvelling at a Monet whilst mingling with the distinguished evening crowd. A great way to spend an arty and cultural evening with the potential to meet others too. 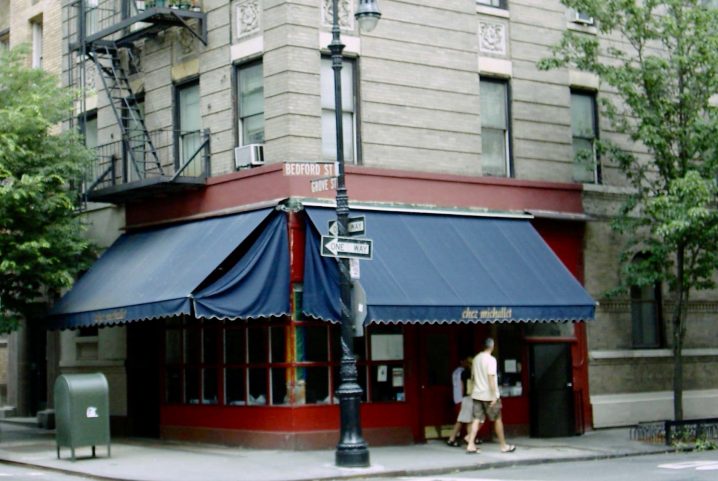 Head to 32nd street and pop into the Korean food court for a cheap bite to eat or find cheap New York Street food such as a slice of pizza or hot dog. 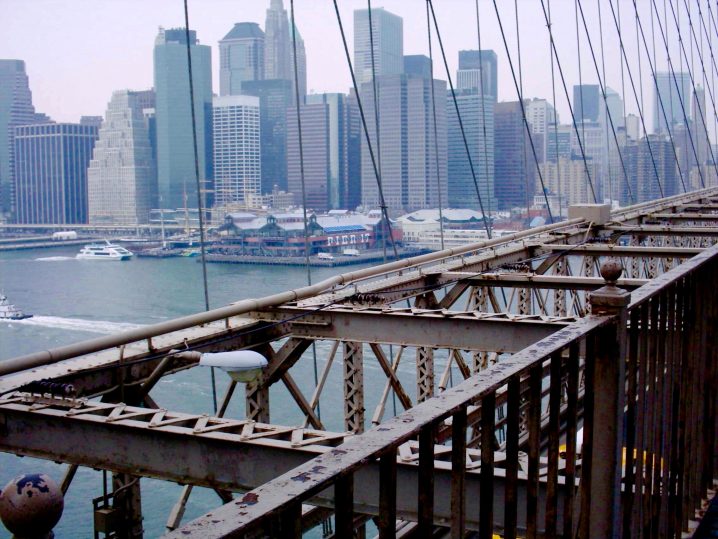 Listen to a concert

You’re in New York baby! There are always free events happening in the evenings in New York depending on which day you are here. If you visit during the summer, the best way to spend a night in NYC is enjoying a concert in Prospect Park – for free.

If acting is more your style (watching it that is), then watch one of the free film screenings in various spots in the city during the summer months. Look at Rooftop Films for listings.

If you can’t find any local events on for the time that you’re there, find a killer happy hour and sit at the bar chatting to the barman. 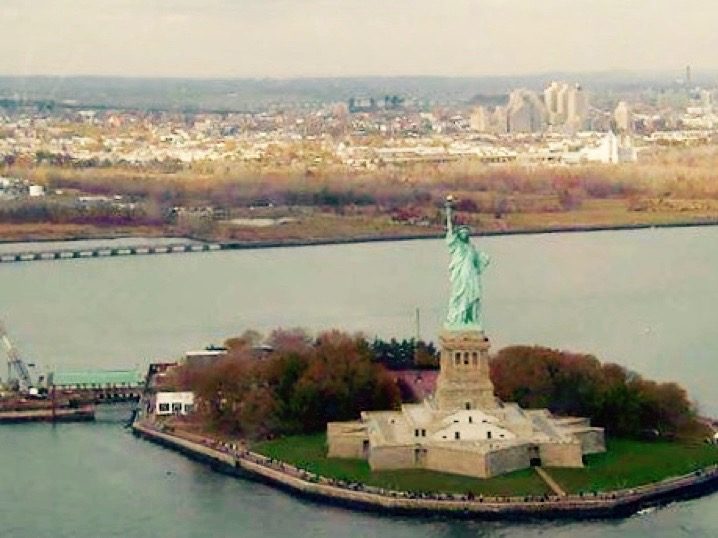 Longer than 24 Hours in NYC

With only 24 hours in the city, you’ll be pushed to see everything. This itinerary shows you the best of NYC with some window shopping thrown in. If you have 48 hours, head across to the Staten Island Ferry (which is free), walk along Brooklyn Bridge, and visit the 9/11 Memorial (free from 7.30am to 9pm).

Tip – If you don't mind splashing the cash to pay for some of New York's other attractions, consider buying a New York Pass which allows you to see over 80 of the city's attractions. You can save up to 70% even if you only plan to visit three attractions a day.

Download your free New York guidebook with travel information to help you plan where to go, what to do and how to get there. Click here 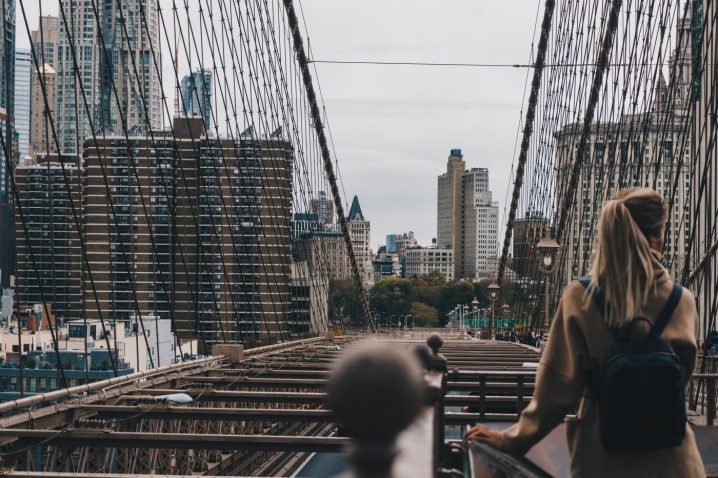 Exploring New York City on your own can be scary. With so many different areas and masses of people around, you could easily wind up lost. A scavenger hunt is a great way to explore the city. 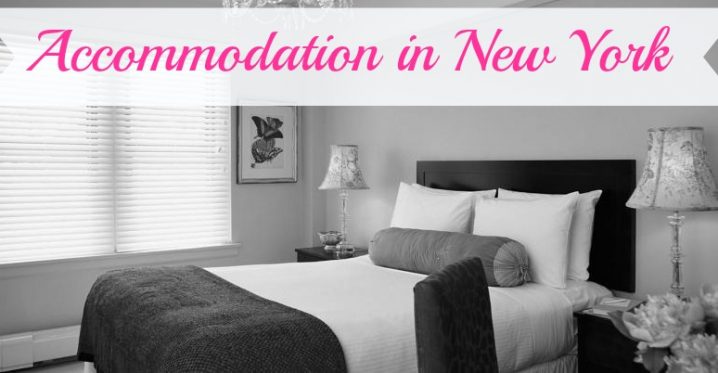 New York isn’t cheap so expect to pay a lot to stay in the city. The further out you stay the less expensive the accommodation is. There are a choice of hotels, apartments and B&Bs in the city. If you are travelling during peak seasons look at Airbnb which is an alternative to hotels. You can rent a room or even a whole apartment from a local. Save $20 off your first stay here.

The Wyndham Garden Long Island City is a great value 3 star hotel, in a good location. Prices start from £200 per night.

The best way to get to New York is by flying. John F. Kennedy airport is the main airport and has several flights from the UK. If your local airport is too pricey, Just click on ‘add nearby airports’ when creating your search and see if a short drive, bus or train journey could save you pounds. 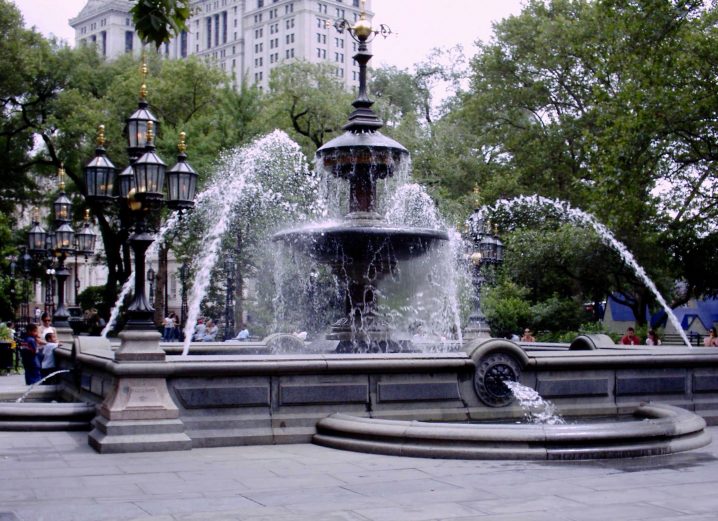 A fountain near Central Park