Walking around the Red Light district in Amsterdam I was shocked. Not shocked by the scantily-clad women, the seedy back streets or the men lining up for their evening entertainment but shocked because it wasn’t anything like that at all!

There were couples taking an evening stroll, families walking along the canal, a Catholic church and even a childrens playgroup here and the city is working hard with Project1012 to bring other businesses to the area. The project was founded in 2007 with the aim of changing the face of the area by confining the ‘district’ to just two main streets. But the downside of this is that many windows have closed for business forcing the sex workers to work on the outskirts of the city which aren’t as safely policed. 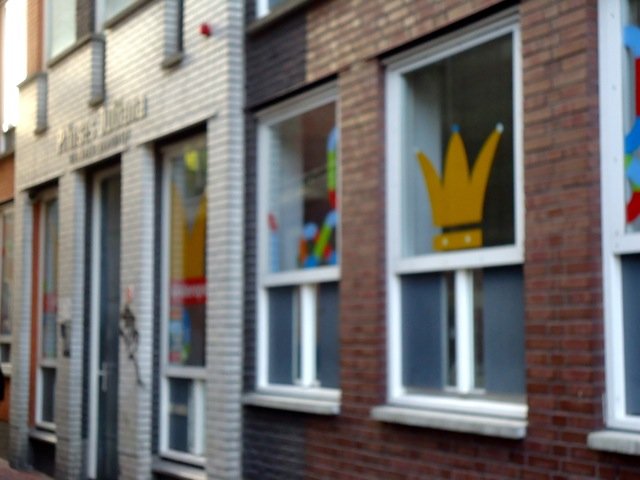 Prostitution was legalised in 2000 in Amsterdam to make the industry as safe as possible. On average the girls have ten clients a night and they can choose which customers they wish to take. An alarm connects them straight to the police who are on duty just minutes away and can easily sort out a money dispute or bad paying customer.

The work appears to be seasonal with some girls leaving their home in European countries to work here for six months before returning with their small-made fortune. 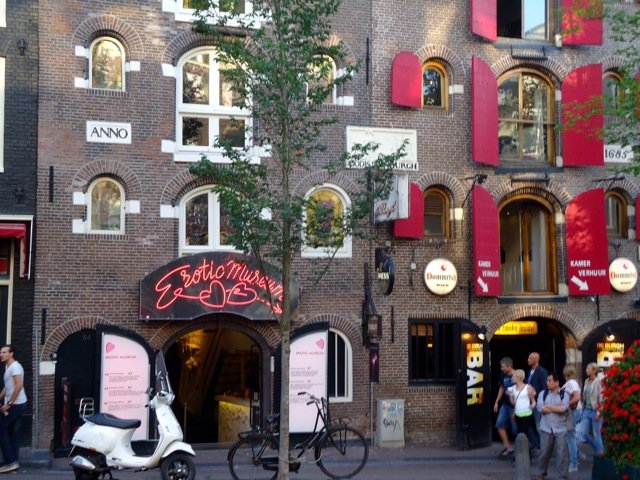 The more I learnt the less seedy it all sounded. Prostitution here actually seemed like a legitimate business with the girls all registering for self-employed status and were even in the same tax bracket as the informative tour guide who appeared to be born for their role and loved the area so much she even lived here.

Only minutes ago I had stopped to take pictures and had lost the group at a vital crossroad. Saved by the bright red hair of the guide, I had tracked them down a side street where a rather inquisitive Aussie guy in the group was asking questions:

One of the girls raised their eyebrows in my direction as if we were both thinking the same thing. The guide pointed out the area and ran through the prices and the different types of packages that were on offer to his delighted face. It all seemed too easy and I wondered if my shock appeal had lowered over the years.

As we emerged from the back street I forgot where I was and glanced in the nearby window hoping to catch my reflection. Staring back at me was a stunning bosom brunette wearing just her underwear and wiggling her hips. The first I had seen on our tour. 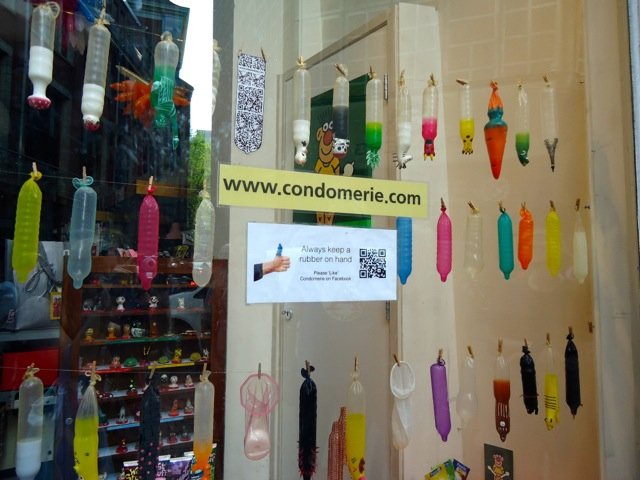 One size doesn't fit all here!

Then it was a short walk past the condomory which offered personalised fittings to the neon lights of the peep show which cost €2 for a two minute performance. Always one to be intrigued I opted for the show. After all it was only two minutes and what could you see in that time?

A lot as it happens.

‘This is a long two minutes isn’t it?’ I said wishing the time would hurry up. You could see the other ‘observers’ faces around the revolving bed all looking in making the whole experience a little unnerving.

‘Is that a piercing?’ asked the girl I was sharing a booth whom I had only met a minute previously. As the turnstile came back around we squinted to see then indicating our time was up the glass fogged over and we never got to find out. We stepped out to the others drinking hot chocolate for a Euro in the foyer. 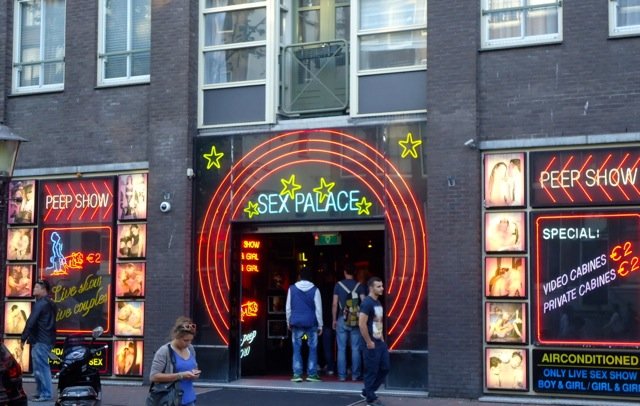 Live sex acts take place each night at Moulin Rouge (definitely a different kind of theatre from the French show!) for €25 or Casa Rosso for a steeper price of €40 with more ‘rotating’ acts but after witnessing a live peep act, I felt I had seen enough of the Red Light District for the night and retired to the Irish bar for a well-needed drink! 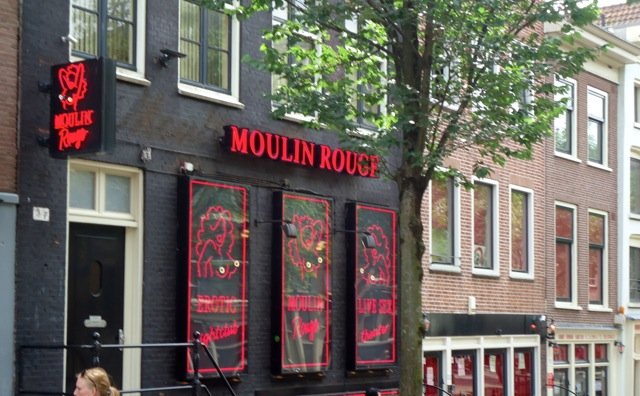 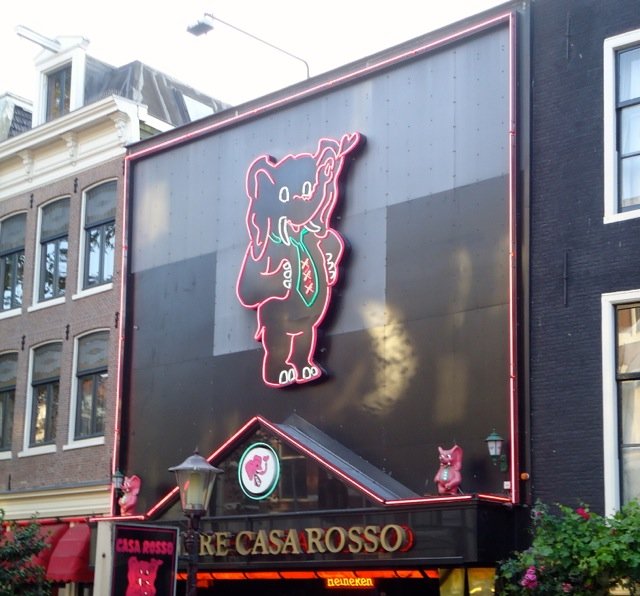 My tip to the Red Light District of Amsterdam was booked through Sandemans who are great if you want to experience the area with some company. Walking tours to the district operate every evening and cost 12 Euros.

I stayed at Hostelle in Amsterdam which is a girls only hostel and is absolutely fab! There’s duvets, complimentary sweets and a really clean kitchen plus lots of movies to watch like Dirty Dancing. It’s like having a huge girl’s slumber party and although it is outside the city there are good rail links to the area.

2 thoughts on “Experiencing The The Red Light District”