Today, little Tingis called me ‘sister', a sign that I've been accepted into my host-family's home. We can barely speak each others language but it doesn't seem to matter at the age of five.

We play rock/paper/scissors, zombies, charades, and he tries to squirt water at me all the time with his new water pistol, even through the slats of the bathroom door. He follows me around, constantly shouting, ‘Lisa, Lisa,' and wants to show me everything he's doing. 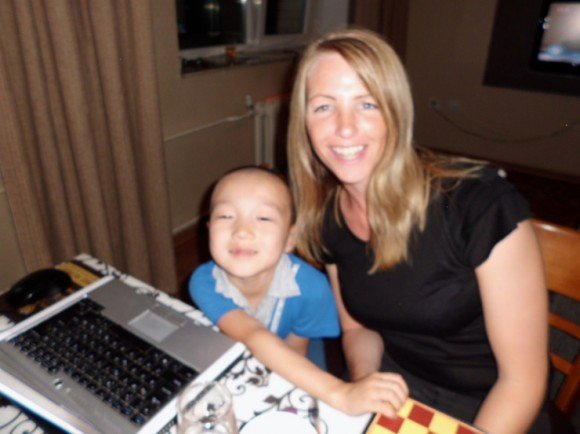 But my new family doesn't stop there.

Family is so important to Mongolians and we spend each weekend visiting the relatives. I don't understand a word they say but they have welcomed me with open arms, presenting me with milk tea and noodles each time we meet.

‘Eat,' they say, laying on a feast of fruit, peanuts, bread and chocolate. So not wanting to be rude, I eat and take the snuff that is offered to me by the male of the household. I drink the wine and the beer and eat the artificial cakes. All the time they smile at me.

Then more relatives arrive and I shake their hands, introduce myself in Mongol and crack a joke.

They laugh at this crazy English girl who has come to Mongolia looking for adventure and culture. 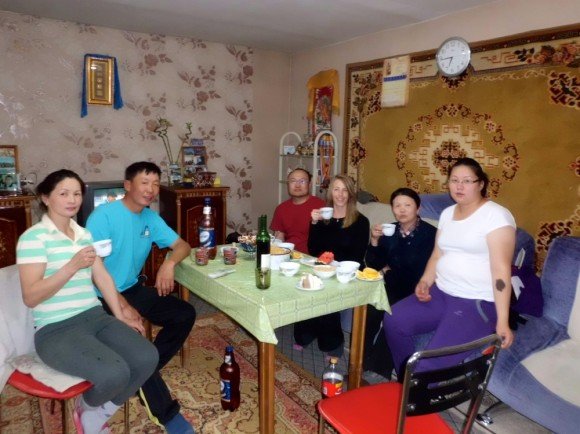 Then when we leave, they embrace me with two hugs each and it's off to the next relatives house, where sheep bones are placed in front of me and a flask of milk tea sits on the table.

Then it's back in the car:

but this time, we're not alone. There's six of us in the back and I have no idea where these family members are going but I sit and pray that we are going home. They get out at yet another relatives house and we stay in the car and head down a familiar street.

Finally at midnight, I retire to my bed: weary, tipsy and full of food. Knowing that I have to do it all again next weekend… 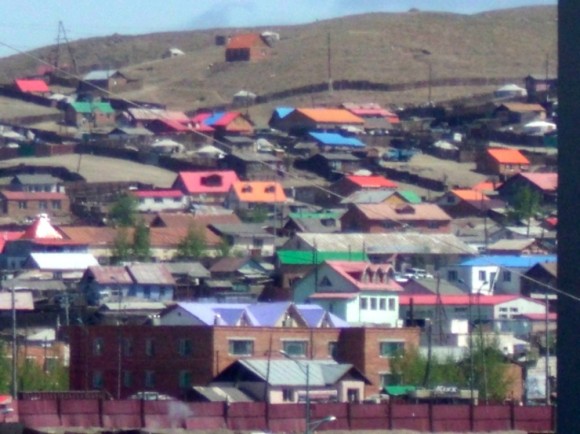 The Ger district – where the relatives live 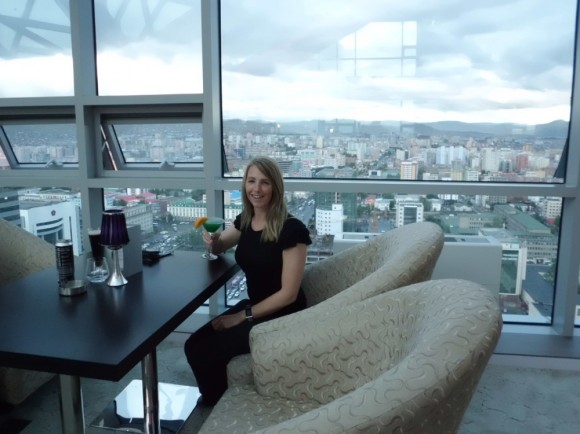 What country am I in again?

The Blonde Girl Is Back

That dizzy blonde is back (admittedly now a dark blonde but there’s no dyeing that dizziness away):

Watching TV with my host family, I asked a question:

‘Is this a prison?’ I said,
My host father laughed. ‘No it’s a mining company camp.'

On my first day at work my supervisor came to collect me. I left the apartment and waved goodbye. My host-mother promptly called me back. I had left my slippers on!

Trying to cross the frantic main road, I looked left and right, ensuring the coast was clear and nearly walked into a car – I forgot the traffic went the other way. 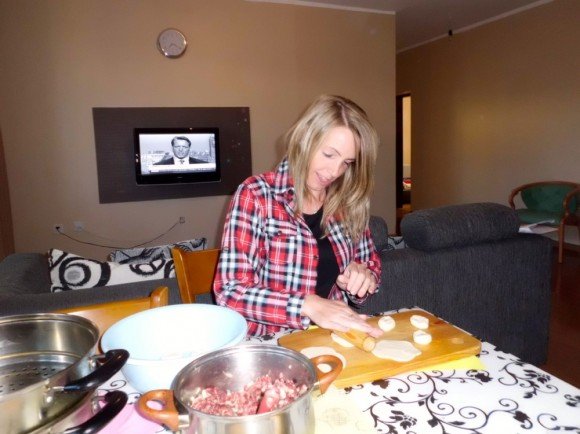 ‘How do I roll these again?'

It was when my adopted Mongolia little brother pointed to my belly, then to the belly of my host mum’s that I realised I may have a problem.

‘He said we look the same,’ said my host-mother patting her round pregnant-looking stomach.

It was a moment of reality and after days of eating nothing but carbs and meat, my body was adapting to a harsh Mongolian diet and growing considerably rounder. So I donned my trainers and took to the crumbling streets of Ulaanbatar, dodging the traffic…

(that only speed up when you step into the road) in training for my half marathon in August.

Still, with no hot water I had been reluctant to build up a sweat but if I was looking like a round Mongolian women then drastic measures called… 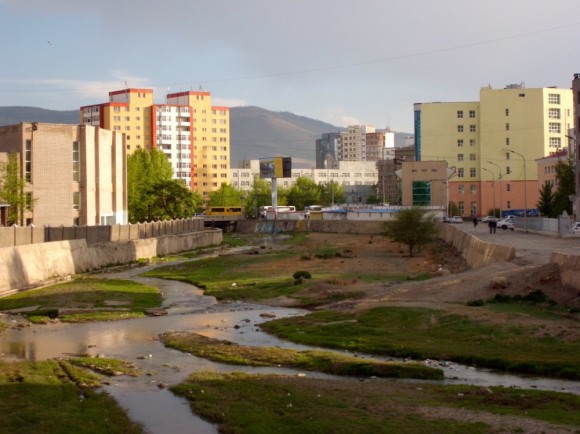 The river bank where I run

It's only taken them two weeks and they're trying to get a visa out of me already. When my host mum found out I was single, she had great delight in telling me that her husband has a brother who is also single. And she has set herself the mission of setting us up. Not wanting to be impolite I agreed.

I guess it's not so much blind as dumb date, with him not being able to speak English and me Mongolian – we'd make the perfect pair! 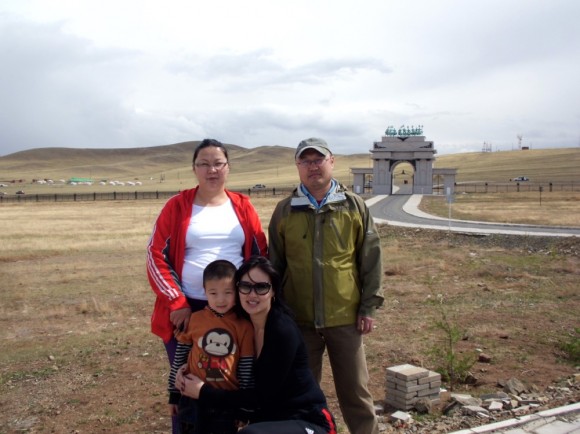 Proud To be British

I watched with pride as the Royal family made their way in the procession along the River Thames, wishing that I was there to witness this historic event. It was a moment of patriotism and I felt proud to say I was British and belong to such a free country.

As much as we moan about our lives in Britain…the traffic; the rain and the constant queuing. We are privileged to come from such a great country. A country that allows you a right of speech, that allows you to travel wherever you want and has a fair and justice system. Being British gives us the freedom that many others countries don't have.

Millions of people all over the world are learning our language right now. People can only dream of coming to our country and can never afford to, or are not permitted to by their country.

Our seasons aren't that extreme, our rush hour isn't that long (Mongolia is all day rush hour) and you can't beat the general British politeness that you don't find in other countries.

So next time you're thinking how bad it is living in the UK, just remember that Blighty isn't really all that bad… 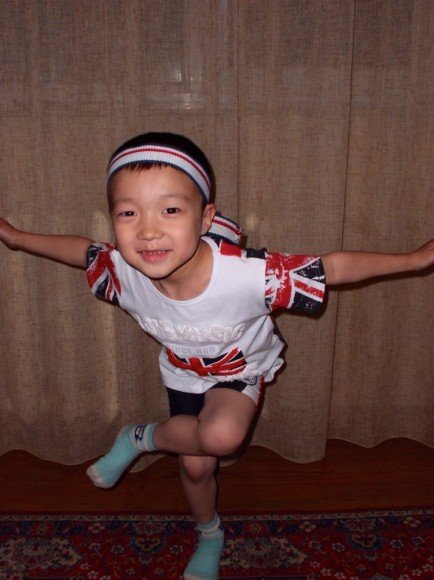 Mongolia Has The X Factor

So it seems Simon Cowell really does have his finger in every pie:

There’s a Mongolia X Factor where contestants sing in practically every language except their own – English, French, Korean, German, or Japanese.

Mongolian Talent People, with the lucky winner walking off with £15,000 prize money.

And the similarities don't stop there – they’ve even got their own version of Heat magazine called Hot! 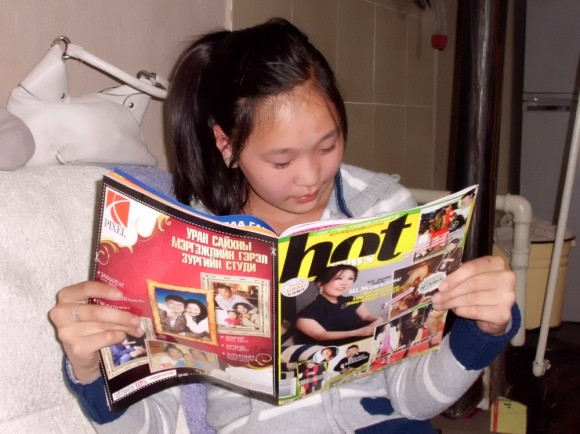 Mongolia has an alcohol problem.

People are passed out on the streets of the capital before work has even finished for the day. They hang around the rivers drinking and leave discarded vodka bottles wherever they can.

But with local bars and clubs selling bottles of vodka instead of shots and not using mixers – I can see why! 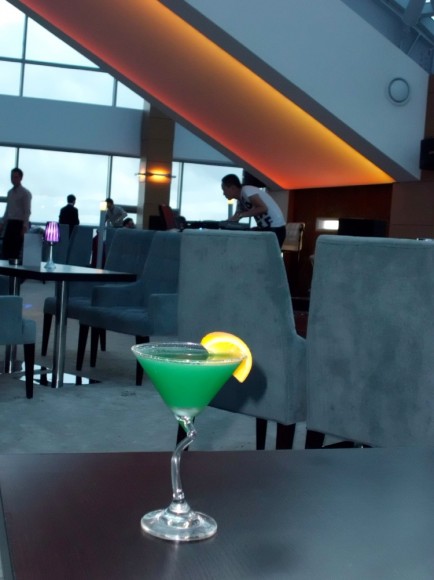 A vodka cocktail in the Sky Lounge