“Don’t forget to put your watches forward an hour when leaving the train,”

came the announcement over the speaker to the rocking of the coach as it tipped with the train’s motion.

Going through the Euro Tunnel is an unusual experience; being stuck in a long tube and not being able to see outside can make you feel a little claustrophobic. I was sat on the Megabus which I had picked up at London Victoria at 10.30am that morning and was taking me all the way to Amsterdam. It was now nearly 2pm and I was waiting for daylight to surface at the other side.

There’s a terminal selling duty free and a couple of places to eat before your channel crossing where everyone waits patiently for the next train to depart. It feels more like a mini airport terminal than a border crossing and is such an easy way to get to Europe from England.

Thankfully, the crossing lasts less than an hour before you disembark the train in your vehicle and hit the road (on the right-hand side of course). 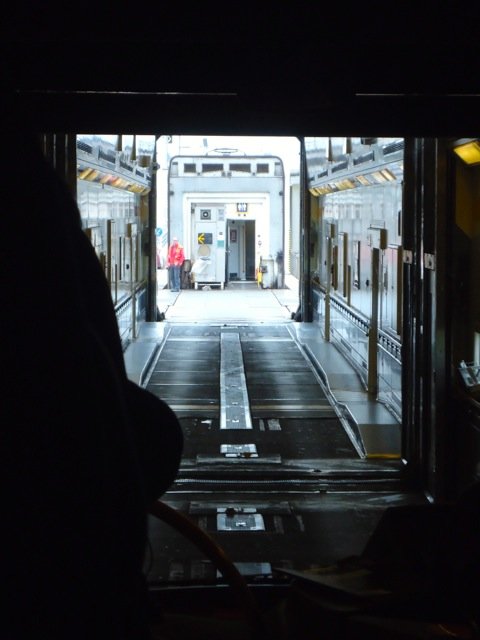 Coming out of the tunnel

The Euro tunnel takes you all the way to France from England in less than an hour and if you travel by Megabus it only costs £24 one way! You can of course get the Eurostar from London Kings Cross if you prefer to travel by train all the way.