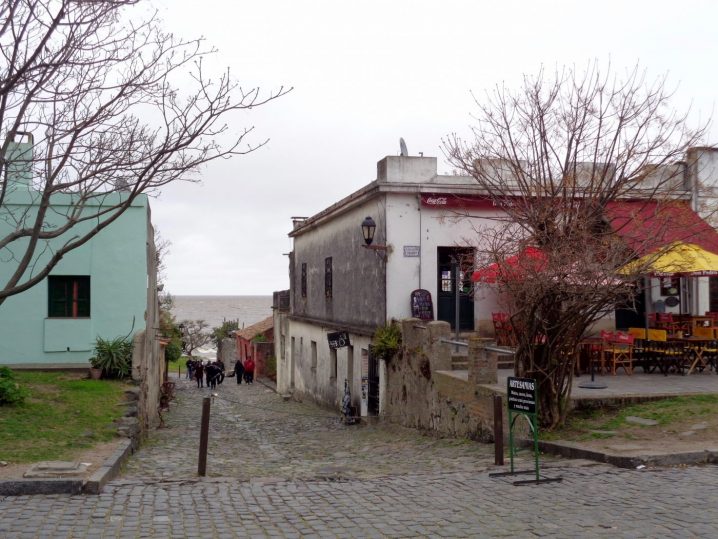 If you're planning a trip to Uruguay, definitely take a day trip or stay overnight in Colonia. Discover my recommended things to do in Colonia Uruguay.

When I told people that I was going to Uruguay, most asked, “where?” This tiny country squeezed in-between Argentina and Brazil in South America is usually missed of a backpackers itinerary. Known for its agriculture and prime beef (there are so many cows here!) Uruguay is pretty flat with a coastline stretching 30km and a funky young capital. Apparently, you can stay at a ranch and even volunteer in one.

After staying 5 nights in Buenos Aires, I caught the boat to Uruguay. Most who visit go straight to Montevideo, the capital but as I was wanting to see a bit more of the country, I opted for the boat to Colonia Uruguay instead.

Boats run regularly from Buenos Aires and the journey here only took 1 hour and 15 minutes. The boat left BA at 8.15 am to Colonia and cost £30.00 with Buquebus. You can also take the boat straight to Montevideo. Not wanting to spend the night in Colonia I chose to just stay for the day and store my bag in the tourist office whilst exploring. Discover my recommended things to do in Colonia, Uruguay below. 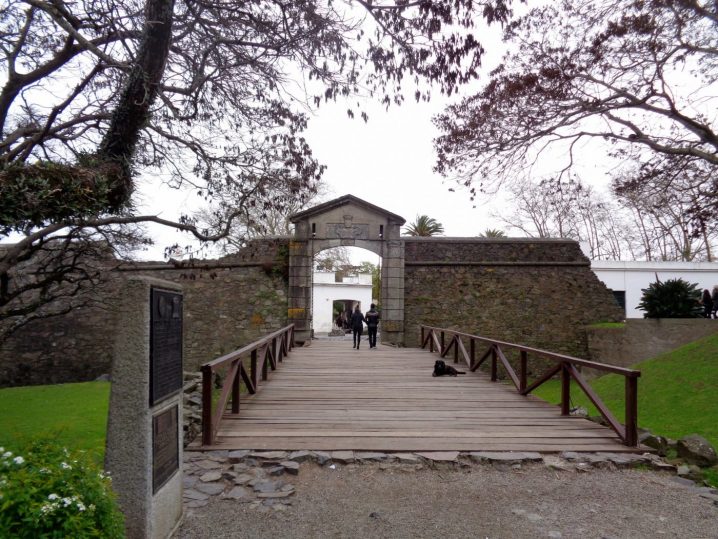 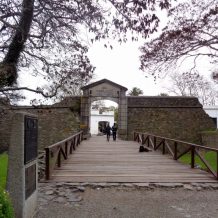 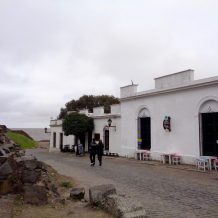 Things To Do in Colonia Uruguay

Founded in 1680 by the Portuguese, Colonia (Colonia del Sacramento is its full name) is a town in the southwest of Uruguay. It is the oldest city in Uruguay and was commissioned by Prince Pedro II of Portugal to defend his empire.

Its attraction is its historic quarter, a gorgeous area that sits on the coastline with cobbled streets, and colourful old stone houses.

The church here is also a UNESCO World Heritage Site and is said to be the oldest church in the country. Known as the Basilica del Santisimo Sacramento (or the Church Matriz) for short, you’ll find it in exactly the same condition as when it was built. 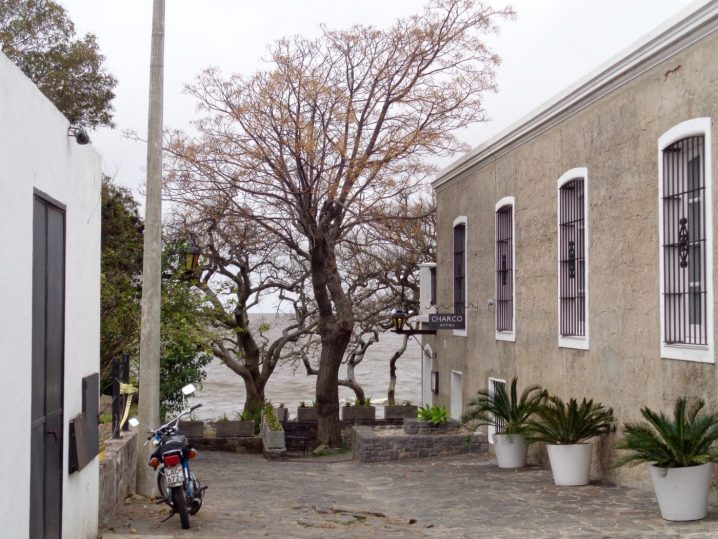 My first impression of Barrio Historico (the historic area) was the old town gate and the wooden bridge to enter. Known as Puerta de Campo, the old town gate was built in 1745 and is still in amazing condition. The gate separates the new city from its historic part. 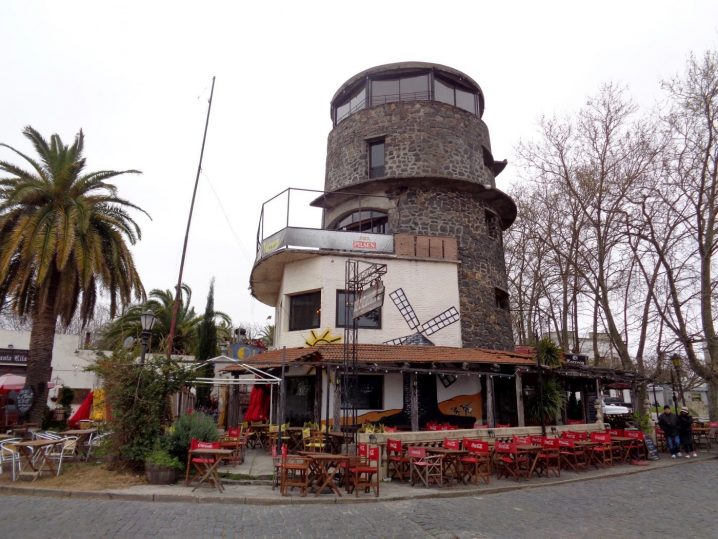 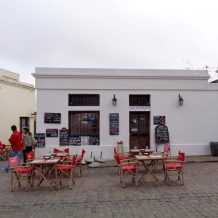 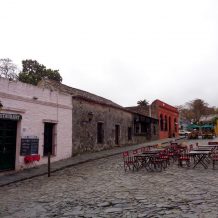 It’s really easy to navigate your way around (even for me) and I found a friendly cafe to sit and enjoy an empanada (similar to a Cornish pasty which you'll also find in Argentina). If you're here in the evening check out Barbot, a craft brewery which has live music and is a good place to meet others.

Choosing to explore the old town and city centre, I did get a glimpse of the beach. Visiting in September meant that it was still winter so it wasn’t a good idea to swim but apparently people do. 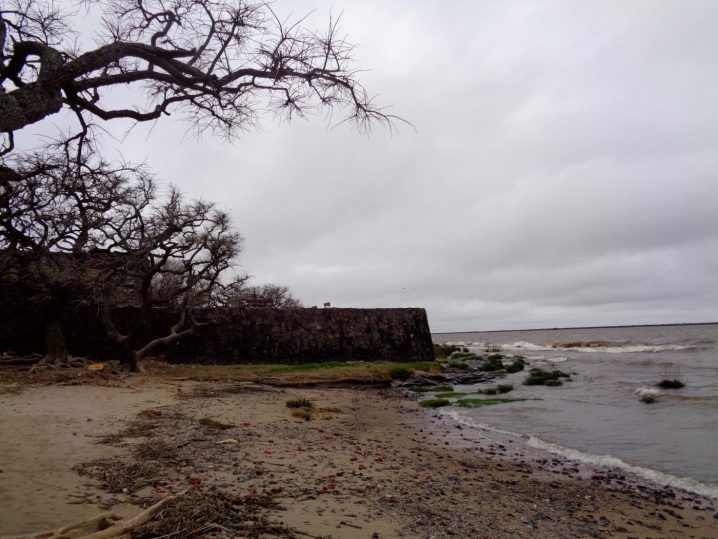 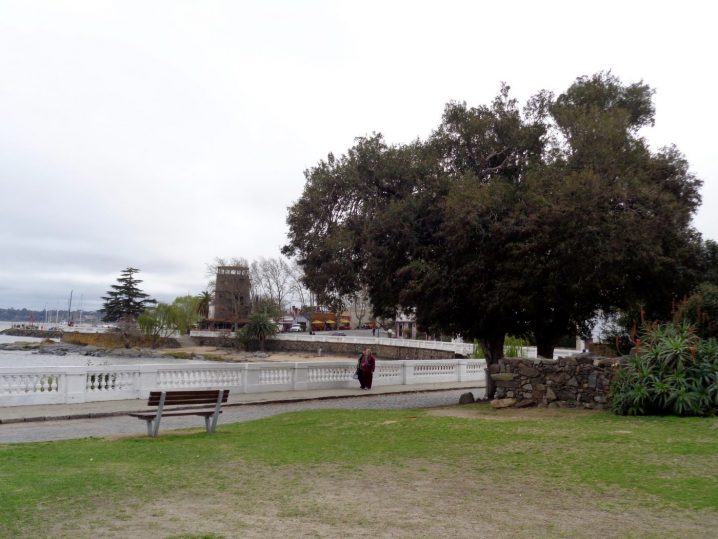 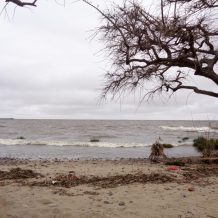 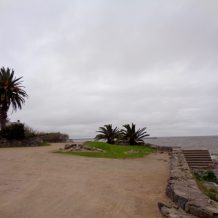 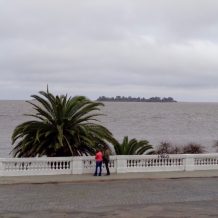 Walk Along The Promenade

Colonia also has a harbour and a small promenade where you can sit and watch the boats. Called Puerto Viejo (meaning old harbour in Spanish), you'll find a few sailing boats along this part of the Río de la Plata, the river that connects Uruguay and Argentina. Even though it was cold when I visited people were taking their boats out and many others were walking along the harbour's edge. 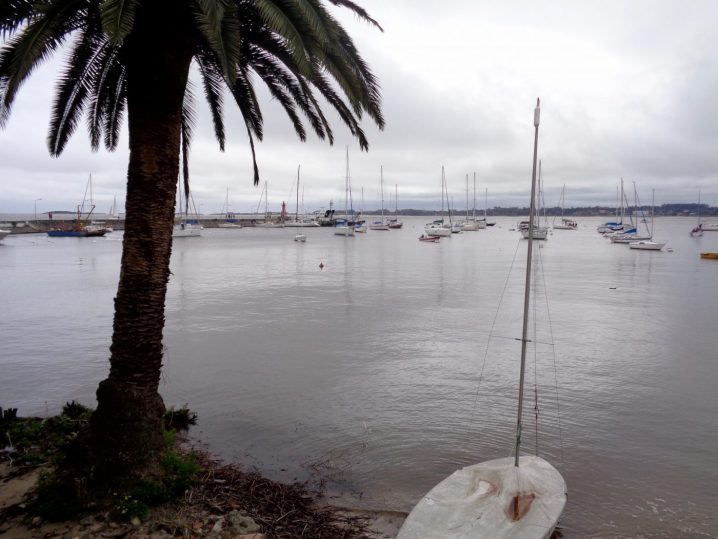 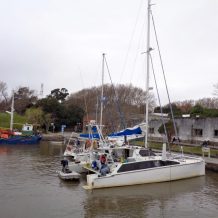 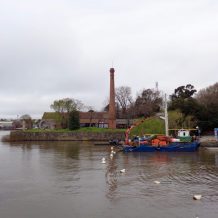 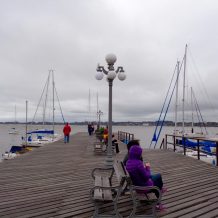 As with most harbours, Colonia has a lighthouse. The El Faro lighthouse was built in 1857 over the ruins of an old convent which you can still see. To get a better view of the city you can climb up the lighthouse to look over the river, an important trading route between both countries.

You can easily spend an hour or two just wandering around the pastel-coloured buildings and cobbled stones with each little street having something different to look at. I stumbled upon intriguing stone statues, colourful pictures of tango etched in a wall and even models of prehistoric animals – something which you wouldn't expect on an afternoon stroll. 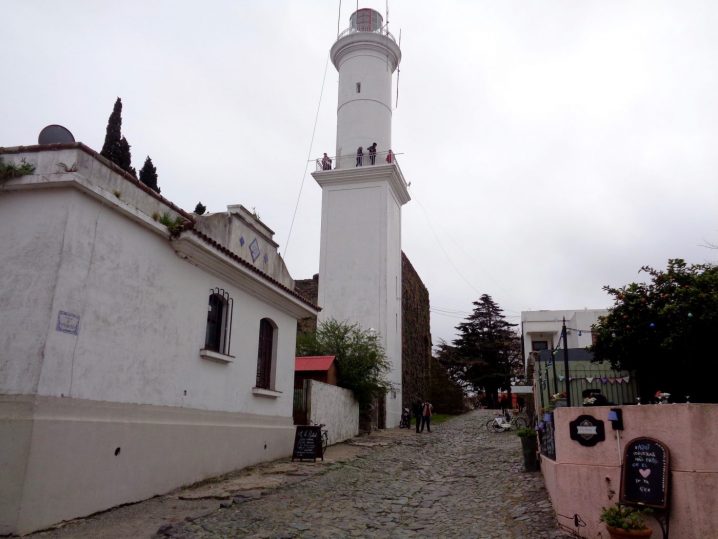 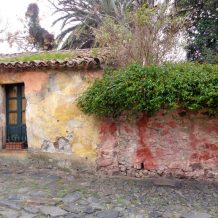 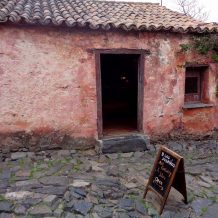 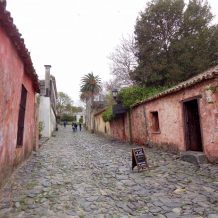 From Colonia To Montevideo

For my few hours here I stored my bags at the tourist information office which is just across from the port in a large building. This gave me a few hours to look around this pretty town. You don’t need that long here. There is a hostel here but if you are short on time you don’t have to stay overnight.

Instead, I opted to take the bus from here to Montevideo, the capital. The bus station is just a 10-minute walk from the centre. The bus took 3.5 hours to Montevideo and cost 335 Pesos (there was no toilet onboard and no stops en route). 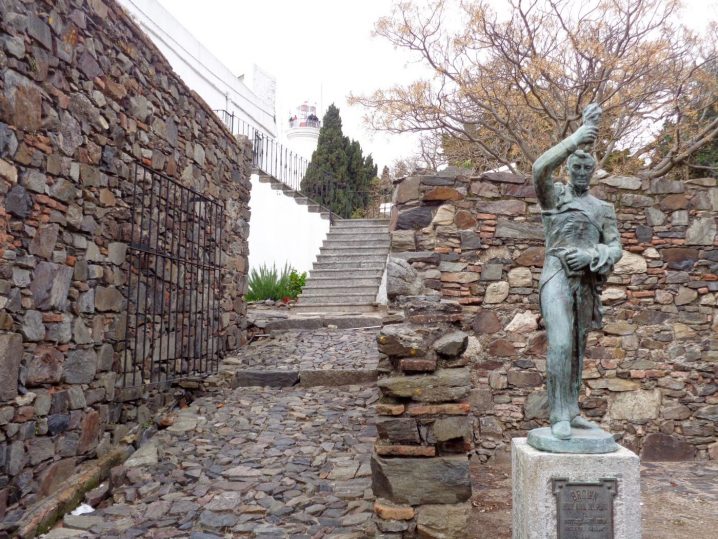 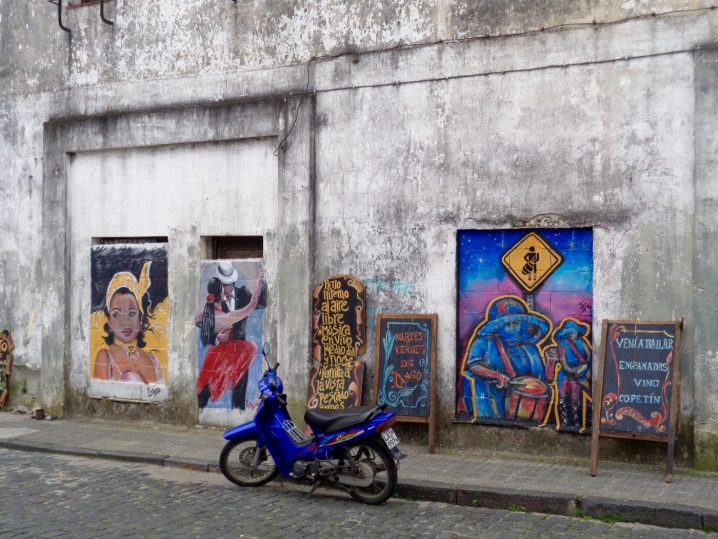 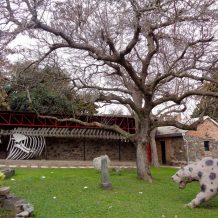 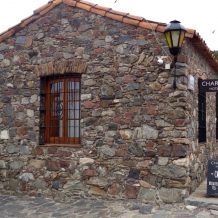 How To Get To Colonia

Boats run regularly from Buenos Aires and the journey here only took 1 hour and 15 minutes. The boat left BA at 8.15 am to Colonia and cost £30.00 with Buquebus (Choose ‘Solo Ida’ if you are just going one way and ‘sin vehiculo’ if you are travelling on foot).

You can also take the boat straight to Montevideo or Punta Del Este with Buquebus. The boat terminal is small and there wasn’t anywhere to buy breakfast until I got on the boat (which was quite expensive). Also, I had to go through immigration before going through to the waiting room.

Is Colonia good for solos? Yes. It’s a really pretty town to walk around. It’s also a good addition to Montevideo and an easy day trip from Buenos Aires. If your time in Uruguay is limited I definitely recommend spending a few hours here if you can’t spend the night. Be prepared for the cost of Uruguay though. After travelling through Ecuador, Peru, Chile and Argentina, Uruguay was definitely the most expensive.