It was during my trip to Cartagena that I came across a novel way of utilising transport: on a Cartagena chiva bus tour. Originally known for transporting people around Colombia, these unique, colourful buses with a character of their own, now spend their nights (and days) transporting tourists around the old walled city of Cartagena in the north of Colombia.

Advertised as putting the ‘rum' into rumba, I was intrigued and after a few days of spending time in this city as a solitary solo, I was ready to meet others and thought this tour would be full of backpackers. As my chiva bus Cartagena tour began I realised that I was only the only English person amongst a bus full of Colombians, and they were ready to party. 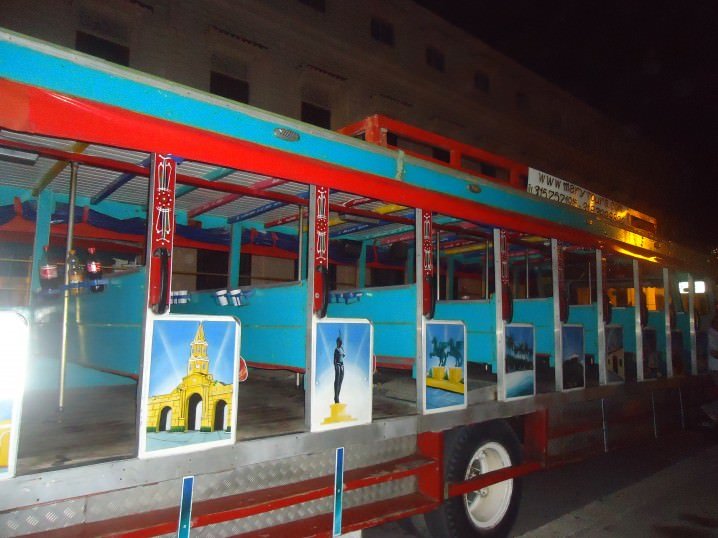 The first hour was spent driving around the newer part of Cartagena collecting the party-goers as we went. Cruising along the beachfront with the live band just a few rows back, playing their instruments and singing their hearts out to the sound of Vallenato, a music genre from this part of Colombia.

Then it was time for our first stop: A magical hour on the old fortress walls where traditional dancers performed to the beat of the drums whilst the tourists looked on in awe. I must admit, an hour here is a long time when you're by yourself but I just walked around and watched the tourists dancing and forming their own mini-groups and singing. 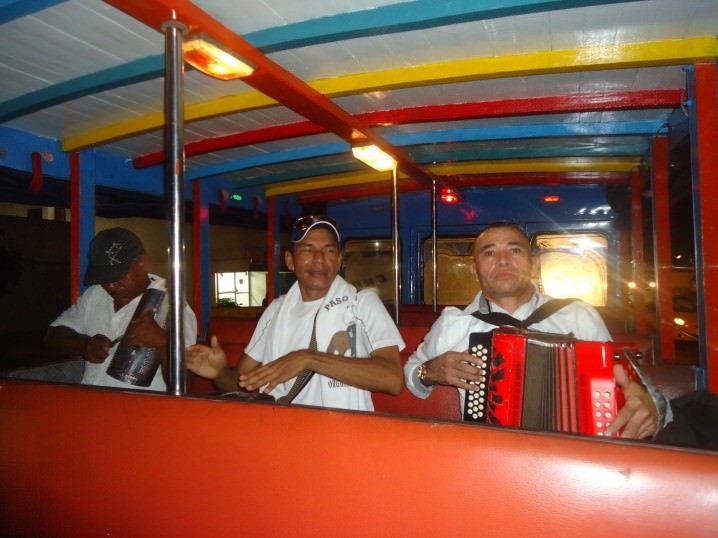 The live band onboard.

Then we were all rounded up and given a Caribbean snack as we climbed back onboard the chiva bus where the rum began to flow and maracas began to shake as well as some of the booties.

Our final stop was a nightclub tucked away in the walled city which looked exclusively for us and although advertised as “free entry,” I had been to this club the evening before when it was also free. After 3.5 hours of music and still tender from the night before, I snuck off early and got a taxi back to the Air bnb accommodation I was staying in for the week. 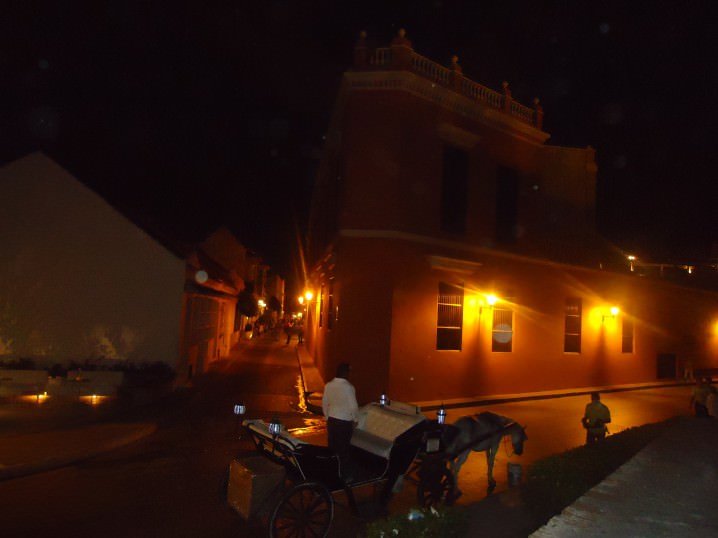 The Chiva Cartagena tour starts from a central Cartagena location or your hotel pick up in Bocagrande. The night chiva tours run for 3-4 hours, includes your booze and some snacks plus entry to a club afterwards for $18.

This tour is more like a party on a chiva drinking rum and coke than a tour but if you're looking for the best chiva party bus in Cartagena then I do recommend it. The only downside is that the chiva picks everyone up at the beginning from various pick ups in the city before it really begins so it can take a while to get going.

It does help to know some basic Spanish to be able to converse with the other tourists which can also include families. It is a novelty and driving around with the live band playing inside a chiva is an experience. Just don't expect any backpackers. I would opt for the day sightseeing tour on a chiva for an actual tour.