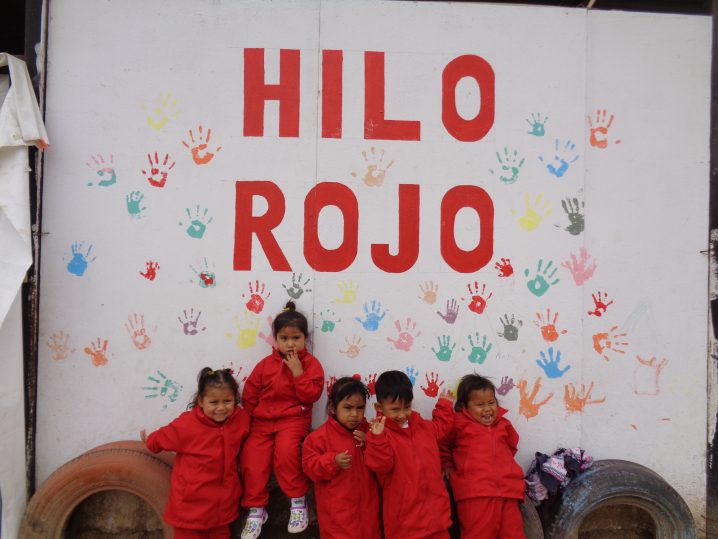 Peru is a fascinating country and most famously known for Machu Picchu and the Inca empire, but amongst the Andean ruins and lost cities lies a problem which is affecting the current civilisation.

A third of the Peruvian population live below the poverty line. Many children drop out of school and work from as young as six years old to support their family.

One of the areas affected by child poverty is Trujillo in the northwest of the country, Peru’s third largest city. I travelled to the area to visit Hilo Rojo, a social non-profit organisation which works with the poorest children in the region. Hilo Rojo is situated in La Esperanza, a district of the city affected by poverty. In an area which literally translates to “hope,” the project’s aim is to educate low-income children who could not go to school. 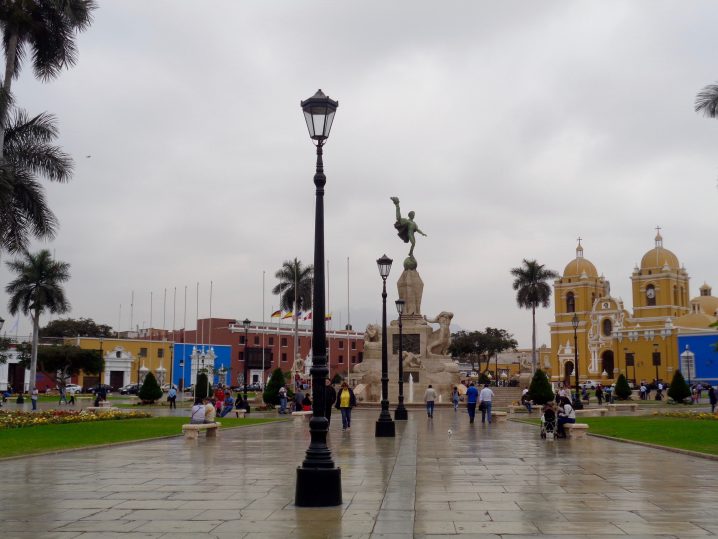 Edward from Hilo Rojo meets us first at Plaza de Armas, a beautiful, colourful square where he explains more about this city and gives us a quick sightseeing tour.

He tells us about the hardships that the city is facing before we take a taxi to the area of La Esperanza. Sixty percent of the residents here have social security but many people don’t know how to read or write so they don’t register for social benefits.

Education isn’t free here. They have to pay for public school, uniforms, books, and even cleaners. Hilo Rojo takes the children from the street and prepares them not only for public school, but also for life. At present they provide basic education and help 143 children. 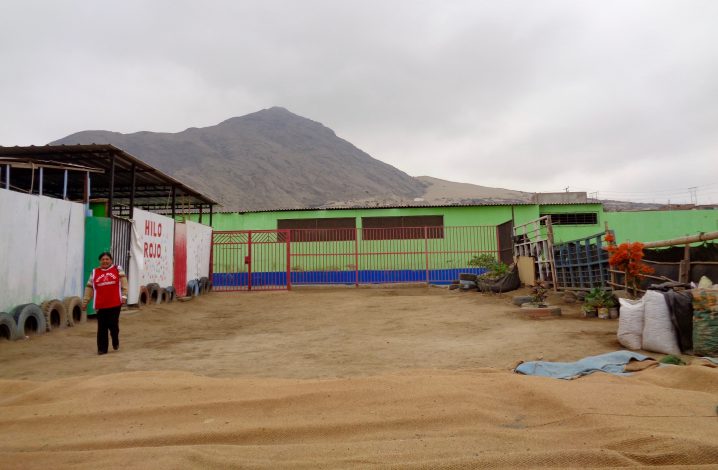 The project was started in 2013 by two women, Rosemary and Carmen, elementary school teachers. They were aware of the violence in the area and wanted to take the children from the street and prepare them for life. They realised that many of the children dropped out of schools so they visited the families to find that many had nothing to eat. Many children were as a result of teenage pregnancies with the father being either unknown or in prison, leaving the mothers unable to deal with their children (some who had as many as four).

Rosemary and Carmen knew the solution would be education so the project was created as one of necessity. It began in an abandoned house with just eight students.

Nowadays the centre contains two classrooms where the children are taught classes before going on to primary school.

The project’s objective is to develop socio-educational assistance and prevention aimed at children, youth and families at risk of social exclusion projects. They work with the most vulnerable groups to implement education in the area. 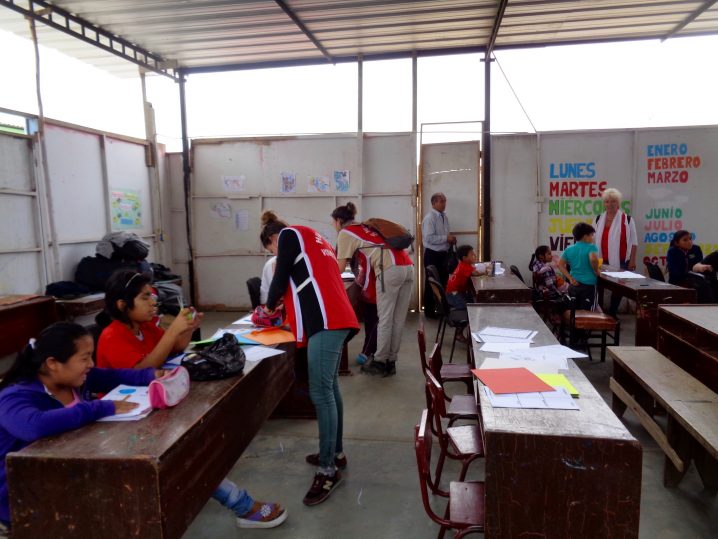 As we visit the project, we are greeted by hugs and kisses from the children with special needs.

A poster displaying “Tu decides ser feliz” (You decide to be happy) hangs on the wall. The kids are learning expressions and draw happy, sad and excited faces. Whilst we are there, one of the girls falls having an epileptic fit. One of the staff immediately comes to her rescue as I find myself not knowing what to do. It becomes apparent that the staff here are more than just teachers to the children. 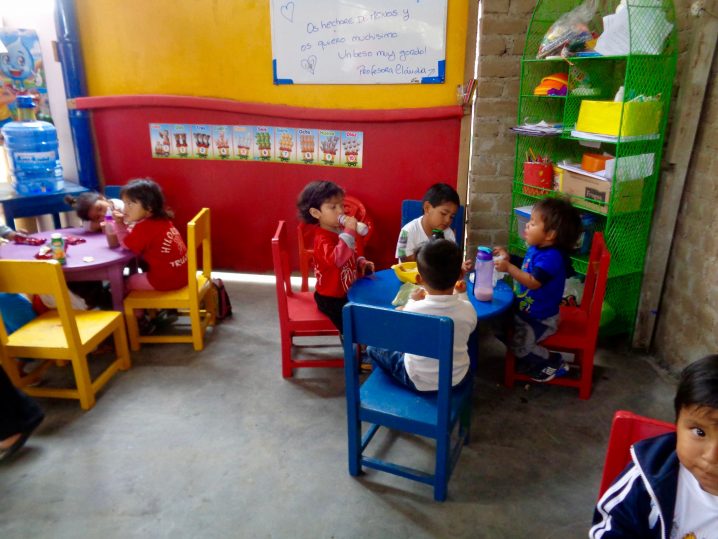 There are currently six volunteers here who teach English and simple Maths. The children are aged 6 to 10. School is between 8.30am – 12.30pm. We go into another room to visit the younger children aged 4 to 5. The children are on a break and eating. Edward tells us that sometimes the children can’t bring any food to school. The ones that do, share with the others.

We move to another room where the children are each sitting in different areas. Here, every day they choose an activity such as painting, building bricks, letters, maths, as well as English which is taught for 45 minutes a day. 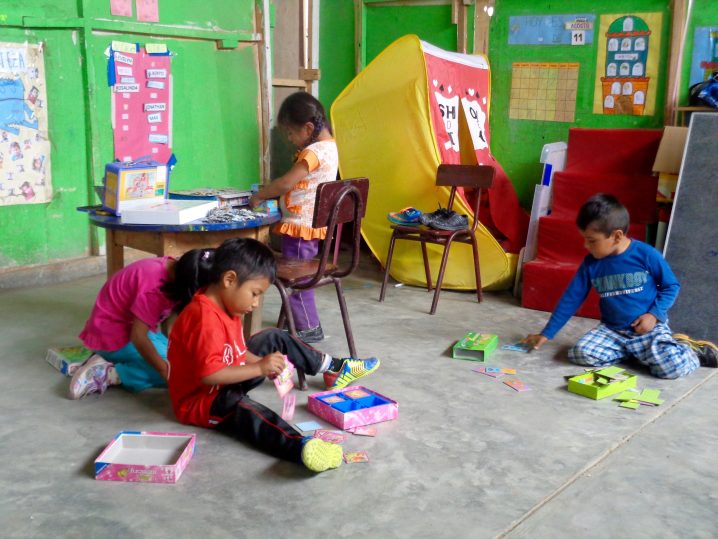 Jelena, a volunteer who is studying international social work looks after this class. She says it takes time to gain the trust and confidence of the kids, of which there are normally 15 in the class. An outbreak of chicken pox means that only 6 are in school today.

“You can see the difference when the kids have a regular teacher,” she says. “There is more order, more routine, and more structure.”

A young boy catches my attention. Max, is 5 years old. He doesn’t know who his father is and he lives with his mum. His older sister who’s six is also at the project. They walk to the school by themselves despite the area being unsafe. Max came to the project in March and didn’t talk.

“Max loves painting. Painting is his favourite thing to do. Sometimes he is in his own world and shuts down,” says Jelena.  “He couldn’t put a sentence together at first. Their mother left him and his sister as she went to work leaving the neighbourhood to look out for them.”

“Mira,” says Max, asking his sister to look at what he has made. There’s a pride in his work and after hearing his story it must be a pleasure to hear him speak.

“It’s said that it takes a village to raise a child, but here literally the village is raising the child,” Jelena adds. 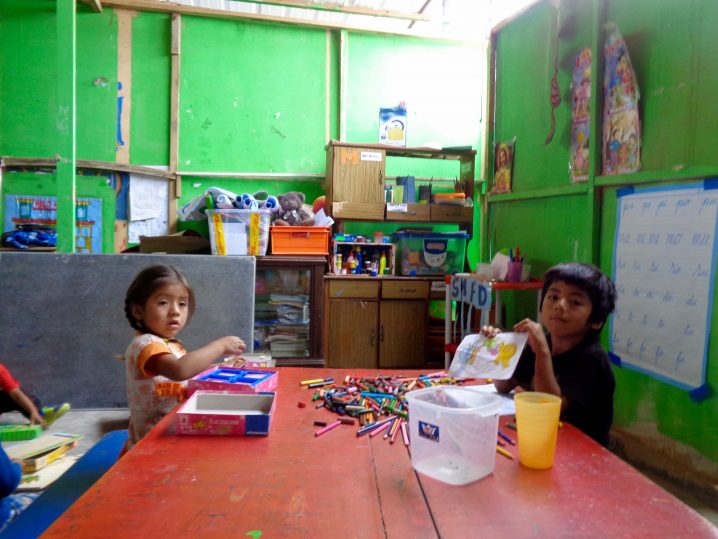 Working closely with the village, the project visits the families once a week to explain why education is so important for their children. Not only does it provide vital ID for the kids who don’t have it, but it prevents them from joining teen gangs. Without education here, the best they can hope for is labour work.

Daniel is one of the children at the project. On a routine visit to Daniel’s house we are invited to visit his father. Daniel’s father receives help from the state after a brain operation caused his sight to deteriorate. He was once a bricklayer but is no longer able to work.

“Before my wife was at home now she is the only one providing. This is the house of my parents. We once had our own house but now can’t afford it,” he says with a sadness in his voice.

Living with their three children, Daniel’s father has to travel to Lima for regular checkups. His last operation was five months ago and he admits he is not doing very well.

He looks as though he has given up. I wonder if the pride that comes with not being able to support his own family on top of his disability is too much to cope with. As the conversation turns back to Daniel, he says hopefully,

“Hilo Rojo is a great help. When Daniel went to the project he wasn’t expressing himself. I’ve seen a positive change in him. It’s great that my son receives a free education. I am happy with the direction and they support us with our children.” 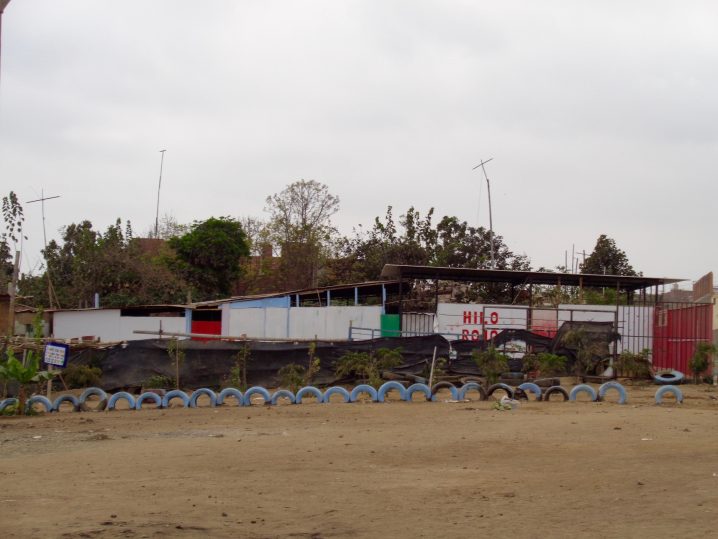 It seems that Hilo Rojo is doing amazing work for people like Daniel and his family but the centre faces challenges. Six teachers are needed here but little funding means that the centre relies on foreign volunteers but it’s not enough. Edward says that Peruvians have no conscious over helping each other here, that’s why foreign volunteers are so important. He does this because he cares but they still need money and support.

Organisations such as universities in the area, and the United Nations have all agreed to help but the help doesn’t seem to come to the people.

As we spend our morning there, we play with the kids who proudly show us their new uniforms, donated by Jelena and the other volunteers who wanted the children to feel part of something, just as the red ribbon (the meaning of ‘Hilo Rojo') ties them together. 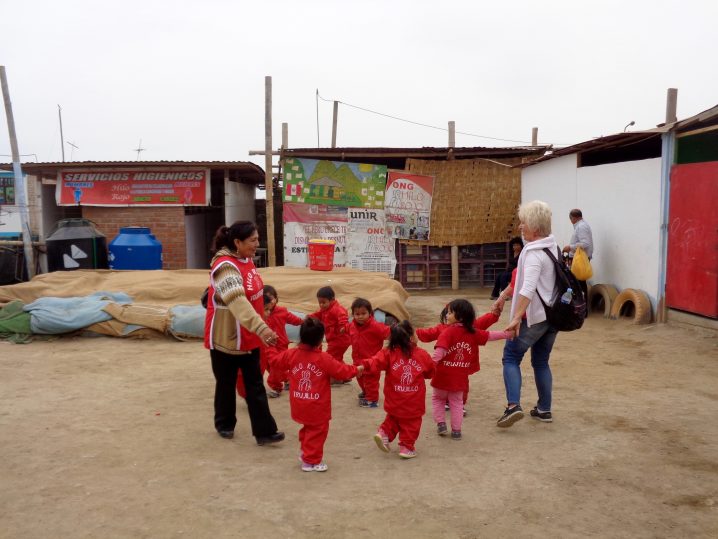 Defined by the Asian origin of ‘Hilo Rojo' with the meaning – “An invisible red thread connects those who are destined to meet. It doesn’t matter, the time, the place or the circumstances. The thread can stretch or contract but will never break.”

As I leave the project and the children, I hope that whoever is destined to come here will continue to strengthen the bond between this wonderful project and their vital, continued service to the local community. 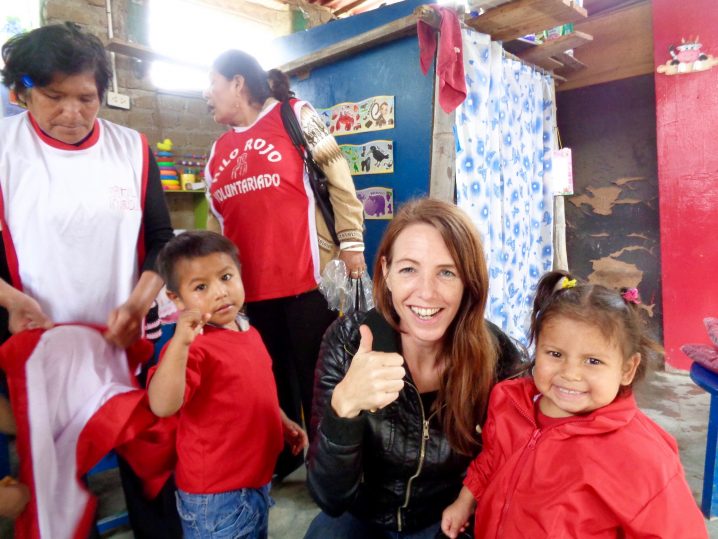 You can visit the project to see first-hand the great work of Hilo Rojo for $13. Tour proceeds directly support the organisation's institution for children in poverty, allowing all kids in Trujillo to have an equal opportunity to learn. What I love about this project is that you learn about the city’s history before visiting the project. Anyone can visit on their trip to Peru. Go to their page on visit.org to book your visit.

You can choose to volunteer here too. Volunteering is for a minimum of 2 weeks and the volunteers sleep in a house 15 minutes away from the school.