They were eyeing each over up, making weird, tribal noises to scare off their rivals. I was caught in a cross fire between two gangs.

The air was tense and as they stepped closer to each other, my instinct was telling me to run. But if I drew attention to myself, would they come for me too?

They grew closer with a pace. It was time.

I stepped slowly away from the rock I had been sitting on, hoping their angry faces wouldn't see. And then they ran towards each other, locking horns and making horrible grunting sounds – a battle of the fittest.

I had only wanted to sit quietly by the river and read my book when a herd of angry cows had appeared from each side.

Can a girl get no peace anywhere? 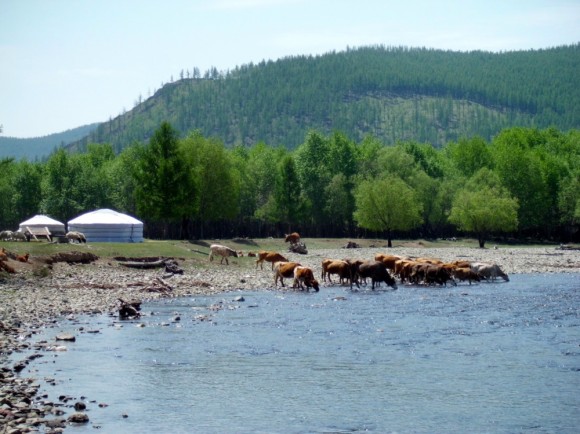 The cows before their stand off

Next up is Spain