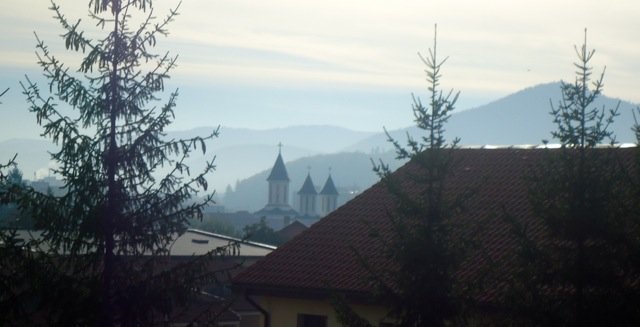 I took a breath and watched as the cool air rose then evaporated into the ether, my chest pounding as I stepped forward; my movement echoing throughout the stone passageway. The light was dimming and my surroundings were closing in as I carefully continued one step at a time, my hands cold as they glided along the ancient walls that were guiding me.

Visions of blood-sucking vampires hiding in the shadows played in my mind and every vampire movie I had ever witnessed danced in my mind's eye, projecting fear into my very core. I was in Castle Dracula, lost and unable to escape.

Then a thought occurred to me; what if it was haunted? A chilling sensation ran through my body as a gasp of freezing air brushed past my cheek. Then, a creaking noise, like a door being prised open and a voice cried in the distance:

‘Found it!‘ it exclaimed, revealing a glimmer of light. And as I ventured into the daylight, my vampire illusion shattered into smithereens.

I seem to have a knack for getting lost in places and Bran Castle was no exception. After arriving late with my personal tour guide with whom I'd spent the previous three days touring around Romania with, we had found ourselves the last ones in Castle Dracula, trying each bolted door for an escape route. Each exit had been locked and a secret passageway had been our only alternative of an escape within this ancient castle, the inspiration for Bram Stoker's Dracula. 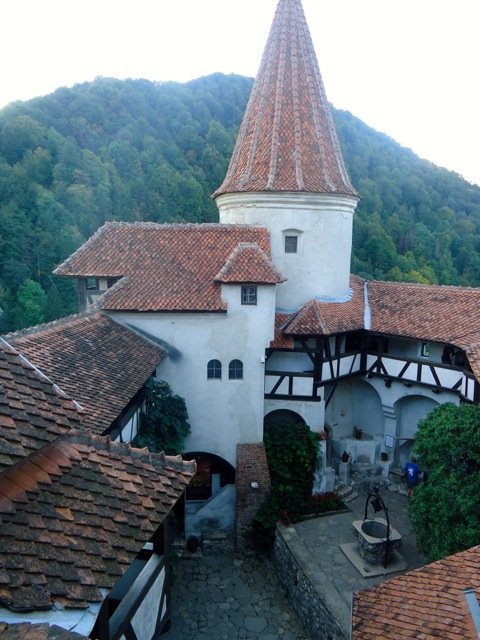 But Bran Castle was not what I had imagined for a vampire icon. Envisaging a grey, leaden, unwelcoming feat of architecture with crows resting on turrets and beady eyes from paintings of ancestors trailing my every move, I was rather disappointed that it was well… not grey at all and actually rather homely. This wasn't the castle I had read about in books or seen in films, instead it was more of a regal home with interior designs of a feminine touch and considering that a Queen once lived here, it all seemed too ‘nice' for a vampire.

Situated between two mountains and on the edge of Bran Pass, Bran Castle was initially built as a wooden defence by Teutonic knights in the thirteenth century until German Saxons rebuilt parts of it at a later date. In 1920 the castle was given to Queen Marie (the granddaughter of our very own Queen Victoria in England), a beloved royal who was married to King Ferdinand of Romania. The castle is a showcase of her regal taste and even the King's bedroom has a distinct feminine flavour.

It's hard to imagine that this was a fictional home of a Transylvanian Count or Vlad Dracul as he was also known and when you realise that Bram Stoker never even visited Romania; it all starts to make sense… 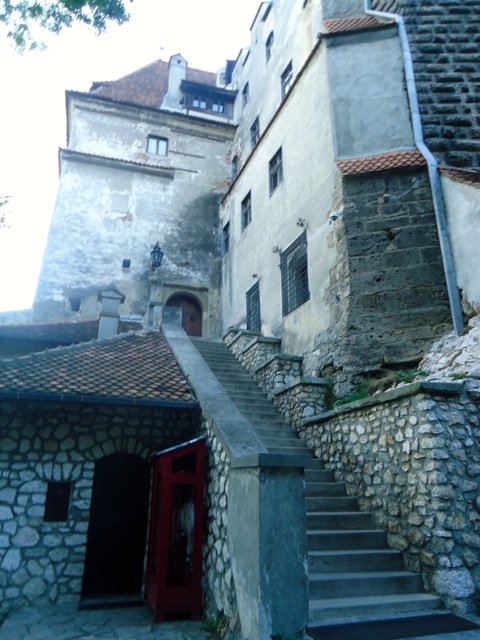 The only connection that Bran Castle has with Dracula is that in 1462 it was technically the home to Vlad The Impaler (Stoker's inspiration for Dracul) where he found himself  locked within the castle walls for two months after being captured.

The fictional castle Stoker imagines is actually hundreds of kilometres north in his book but you can't blame Bran Castle for jumping on the whole Dracula theme, and outside the castle you can pick up your own Dracula merchandise (including Dracula wine!) The story goes that Bran Castle (near Brasov) is the nearest castle in description to that in the book and because of this was chosen as the vampire's home.

But Bran Castle isn't the only castle in Transylvania. In fact there's dozens but if you don't have weeks to spare visiting each one, here are two others that should be on your itinerary. 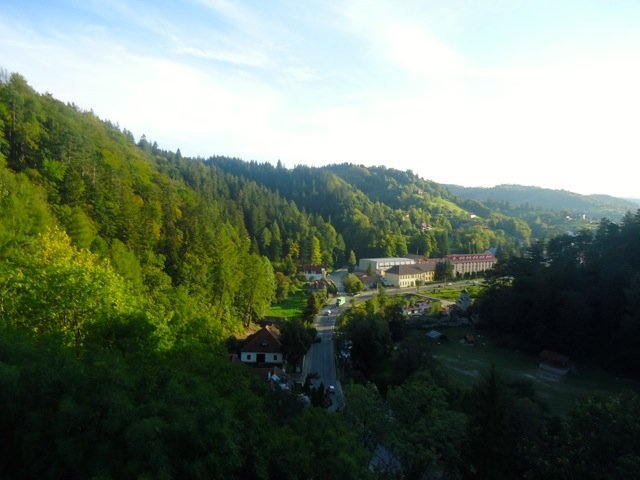 Peles Castle is the prettiest castle in Sinaia set in a peaceful forest and resembles those you can find in Bavaria, Germany. It's actually more impressive than Bran and the castle was the summer residence of King Carol I (in the winter he resided in Bucharest).

In fact, King Carol loved the area so much that he built a residence for his nephew; and the palace was called Pelisor Castle, home to the future King Ferdinand of Romania and his wife Marie (the future Queen of Romania who lived in Bran Castle). It was here that Queen Marie died in 1927 after intervening in a dual between her sons. 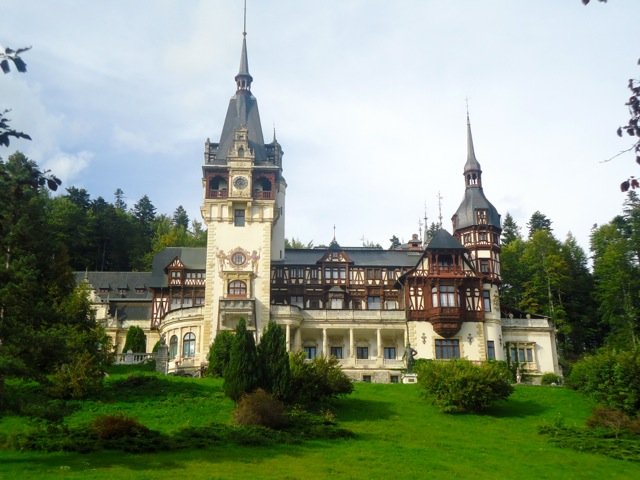 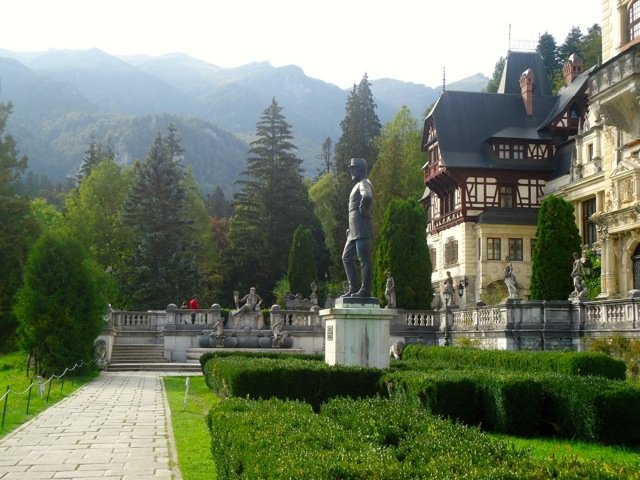 Just don't visit on a Monday or Tuesday on in the winter months as both castles are closed to the public but you can still walk around the grounds. 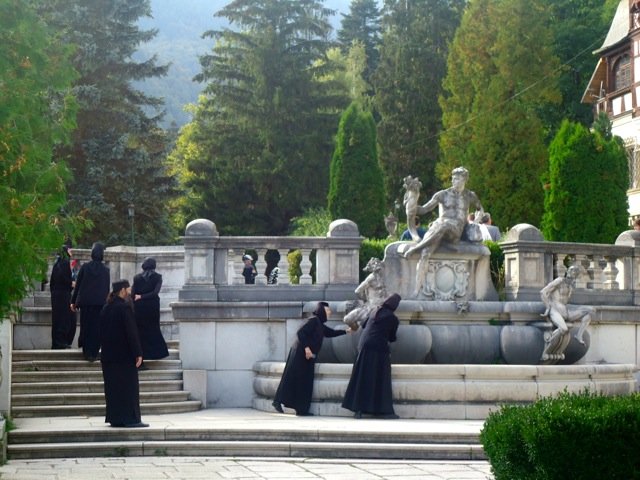 Hunyad Castle has many names and is also known as Hunedoara Castle or Corvin Castle and is one of the most important gothic buildings in Central Europe and if Dracula was to live in any of the castles in Romania, I would definitely have chosen Hunyad Castle as his place of residence.

Originally built as a fortress, it was modified into a gothic castle in the fifteenth century and home to Iancu de Hunedoara, whom the surrounding town is named after. Part of the castle was built by his son – the most popular King of Hungary and used for his summer residence. The castle was passed on through noble families and now is a museum. 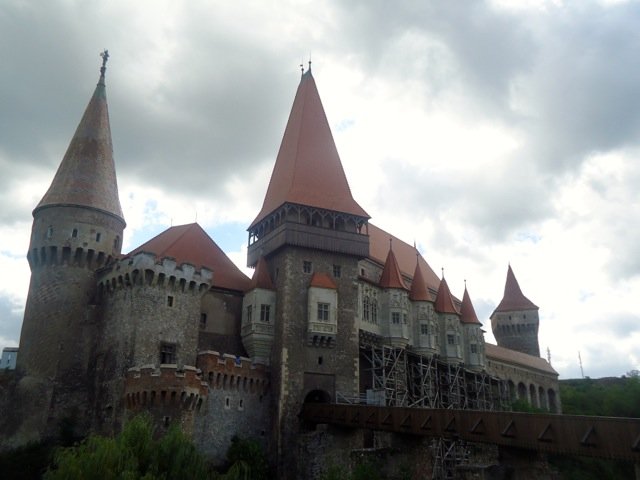 The Knights Hall is by far the most exquisite room here. You can close your eyes to a vision of the past with ladies precariously waiting in the wings as gentlemen would select them to dance as the band played on perhaps unaware of the acts of torture which were taking place below them in the hidden torture rooms, an intriguing part of the castle that should definitely be seen. 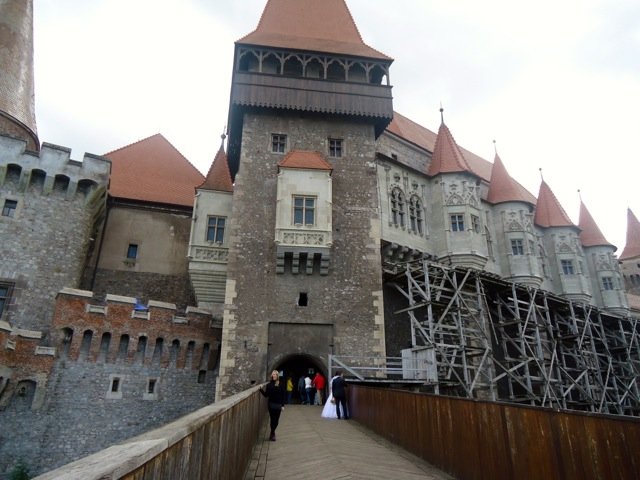 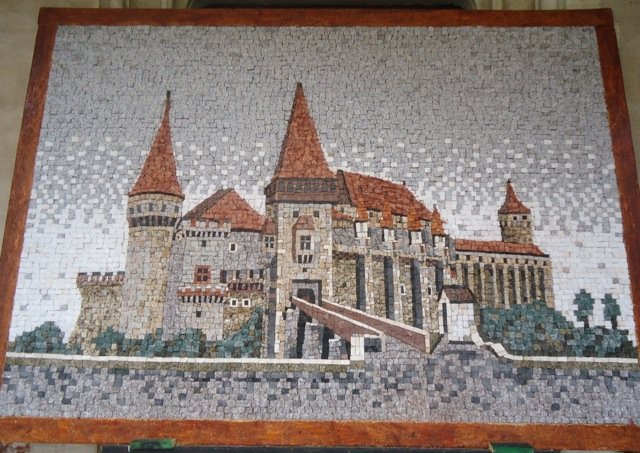 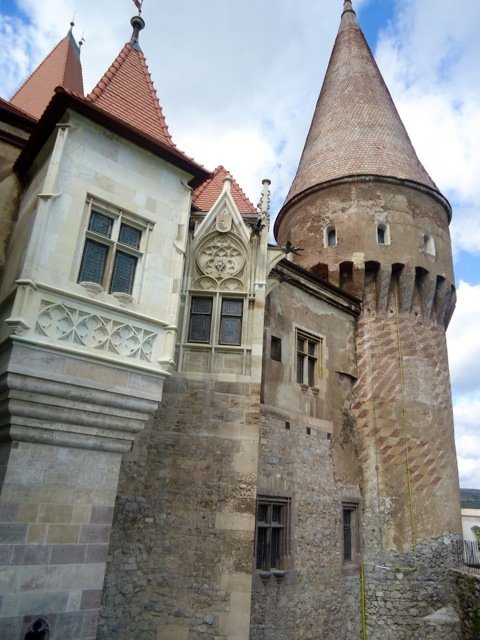 If castles really aren't your thing, you don't have to visit one to see a typical Romanian design. Even the entrances to the fortified towns look like castles and the best thing is – there are no vampires or Counts in sight… 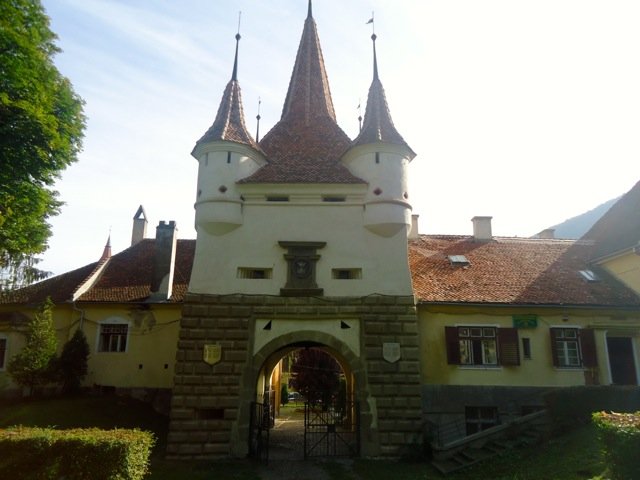 I took my tour with Daniel from Via Transylvania, a Romanian company which contributes to the sustainable development of rural Transylvania and Romania and can tailor make your trip.

Have you been to Romania?

2 thoughts on “Castles in Romania”