Finally, after three long months of surviving another British winter, I am leaving England to visit one of the most beautiful cities in Europe – Budapest.

Okay, so it's only five days and it's still a European winter but it's 3 degrees warmer than here! And it's a very welcome change of scenery from sitting in my office chair, staring out at a bleak dull sky.

Leave on Wednesday and experience my first ever airport lounge (courtesy of No 1 Traveller). Then.. Stay in a party hostel for 2 nights which has its very own nightclub,

(could possibly turn out to be my worst nightmare and I appreciate the irony after my previous post – but it's cheap!)

whilst walking and busing around the city by day to see if it really is as beautiful as it makes out, as well as checking the ease of the city as a solo woman traveller. I pre-booked my hop on hop off bus tour through Ticket Bar as it's cheaper to book beforehand, (always the frugal traveller!) 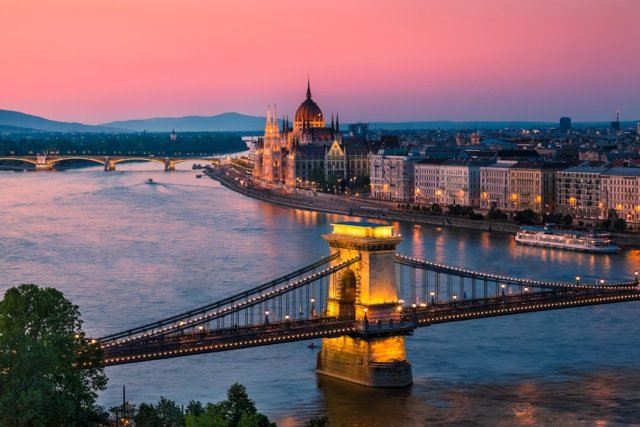 After moving to a more mature hostel on the Friday, the weekend will then be full of relaxation: a Vivaldi concert in the evening and a trip to a thermal spa,

(it's not called ‘The City of Baths' for nothing),

whilst sampling traditional Hungarian food and wine, with some girly company.

Then it's back to being solo to check out Hungary's trekking routes before flying back to Gatwick with the ‘tangoed' airline (that's Easyjet for people who don't know the orange Tango ad).

I can't wait to get back on a plane and start blogging about my adventures. Will five days be enough?

P.s. Mexico and Central America are definitely the next trip in March