I had been warned about the Budapest taxis: about the drivers that try and charge you double the actual price. Even when you arrive in the airport there are signs telling you to book through the official taxi ranks and to decline any that approach you outside.

So, I decided to opt for the airport shuttle. It was dark and finding two metros and a bus when I didn’t know where I was going, did not seem like the best option. I waited patiently for my shuttle that claimed to take me ‘door to door.' But once all other passengers had been dropped off, it was just me left and I gazed at the wide streets of Budapest, marvelling at the range of high street shops in the heart of the city.

Then, we pulled up alongside a cozy looking cafe and it was my turn to depart. The driver got out and checked he was in the right place then gave me a thumbs up to collect my bag. I thanked him in Hungarian and walked through the large doors and into the huge courtyard of the ‘hostel,' thinking that this actually looked more like apartments (nice ones at that). 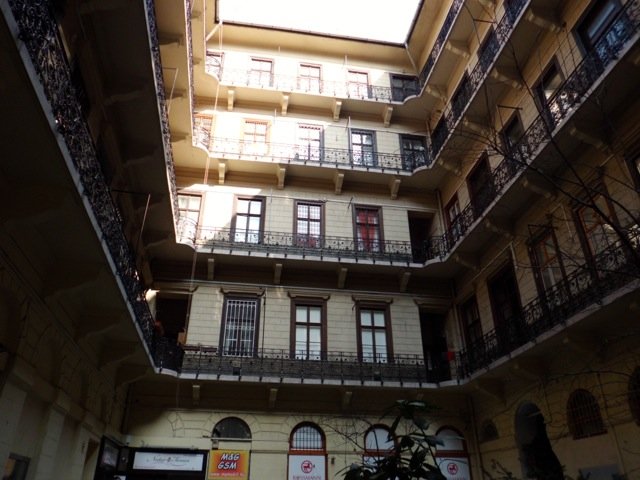 Then, as I walked up three flights of stairs looking for reception, it dawned on me that these actually were apartments with their little post boxes all numbered in the main corridor.

I went back out onto the street and tried to get the attention of passers-by, saying excuse me in the local lingo. But..I was invisible! Some didn't even look at me and others just waved their hands as if they were telling me to ‘shoo.' Then two friendly Portuguese stopped and took pity on me. The shuttle driver had failed to take me ‘door to door' (well not the right door anyway), and had dropped me off in a totally different part of the city! Luckily, the Portuguese guys knew of a reputable taxi firm and waited with me until it arrived.

The extra ride cost me, and when the next driver tried to drop me off on a corner then give me sign language for which way I needed to go, I made him take me directly to the hostel (I was not taking any more chances).

So the moral of the story is…Always make sure your driver knows exactly where he's going and don't get out until you know he does!