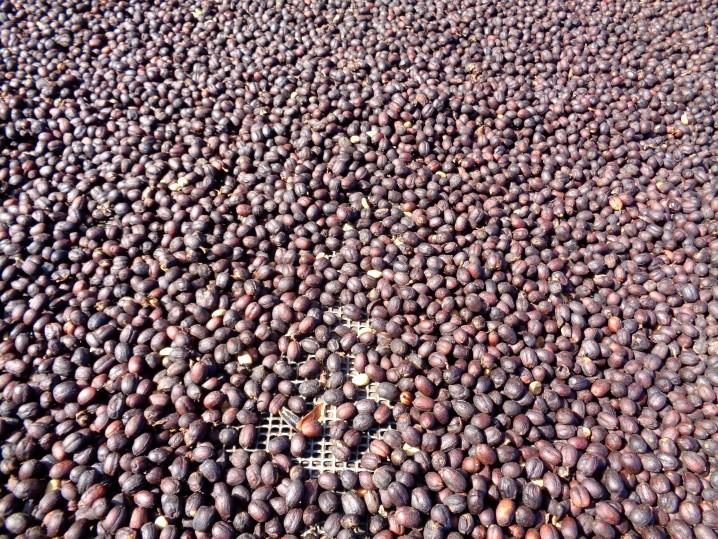 Can you believe that in all my travels, I have never been to a coffee farm! Even after visiting the coffee region of Salento in Colombia. So being in Central America, I decided to pay a visit to another of the larger coffee exporters – Panama.

In fact, according to the Cup Of Excellence coffee competition, Panama has the number one coffee in the world – La Esmeralda special which has set an online action record for selling at $350 per pound!

Although it is the smallest producer, Panama also produces one of the most expensive coffees: Geisha coffee, which is so exclusive that it costs £1600 a kilo. These award-winning coffees come from the small mountain town of Boquete, which produces 60% of the country’s coffee. 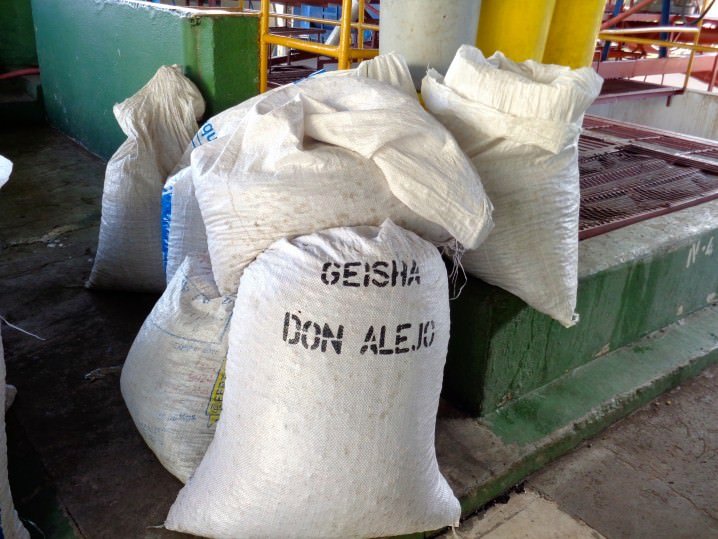 There are more than 35 different brands in Boquete, with over 1000 coffee growers, and each coffee grower independent. Mr Ruiz is just one of the producers here. At 93 years old, he hasn’t quite grasped the meaning of retiring and still comes to his farm every day. Owning 11 of the coffee farms in Boquete, he knows a thing or two about coffee beans.

Carlos, my tour guide has been working for Ruiz Coffee since the age of ten when his father ran away and he was employed as a coffee picker to support his mother and his eight brothers (the minimum age for a child picker is now 14 years old). 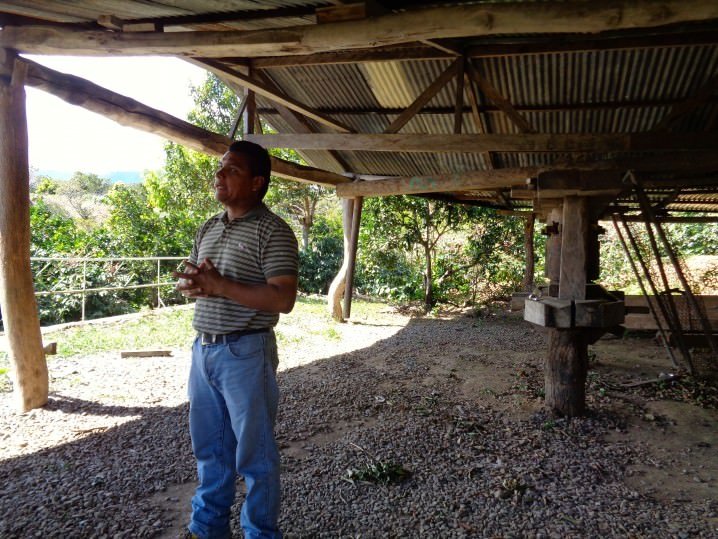 He tells us the story of the coffee farm and the coffee bean’s journey from the farm to the cup at your favourite coffee shop.

Similar to wine, there are different coffee plants for different tastes and the best coffee comes from the oldest coffee trees. Some of the trees on the farm are eighty years old. 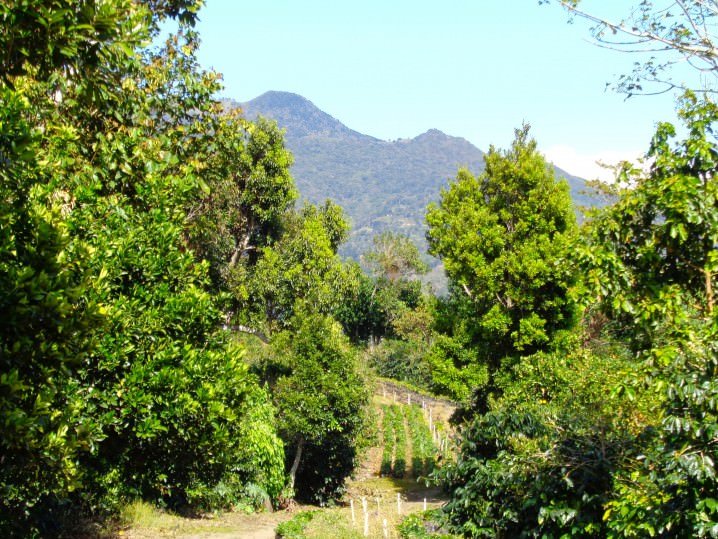 1. Coffee is actually a fruit and from planting the seed in the ground, it takes five years to get the first fruits. Then the picking begins…

Each fruit is hand picked and there are 450 pickers employed on this farm, many of which are indigenous families who live on site in free housing which Mr Ruiz provides.

Workers pick for six days a week and harvest from 7am until 5pm working in groups, earning 25 cents per kilo and picking up to 100 kilos per day (which compared to picking onions for $9 a day is nearly three times the wage). Coffee picking season runs from October to March and afterwards many of the families return home to their tribe. 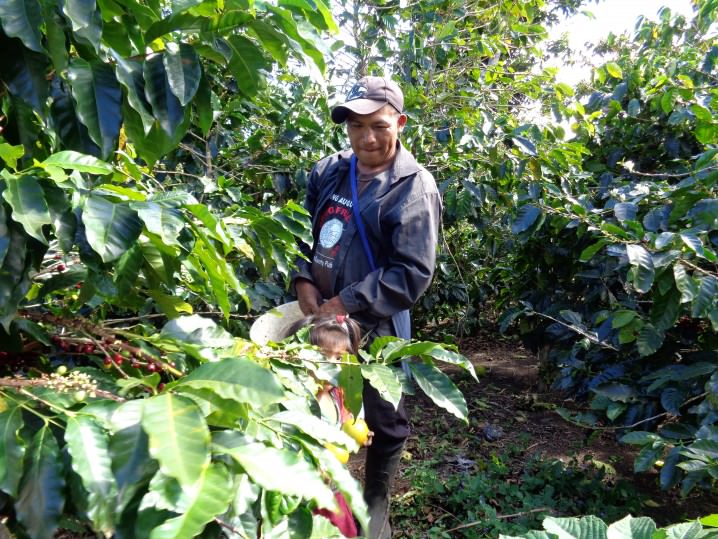 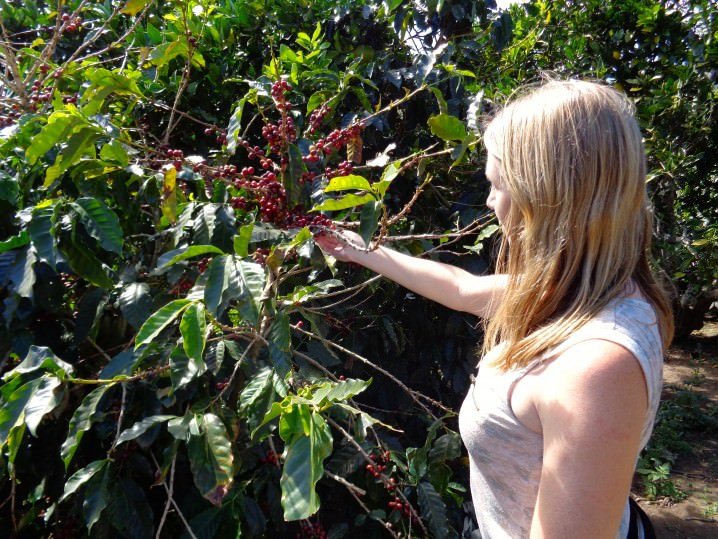 2. Then the floating part of the process begins, and any bean which sinks to the bottom of the water are kept as good ones. According to Carlos, the ones which float are sent to Nescafe.

3. Next is squeezing as there are two coffee beans in each one so this process separates each bean. At this early stage, the beans are sweet and nothing here is wasted as the skin is used to make a tea. 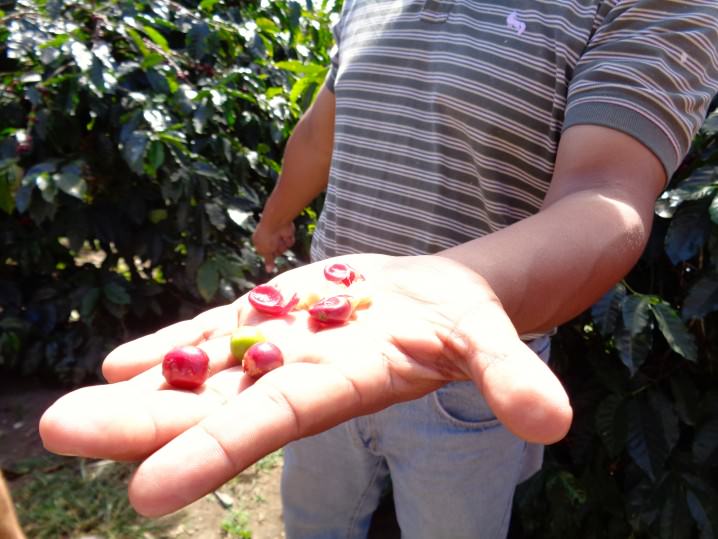 4. Then fermentation which is necessary to break down the sugar within twenty-four hours.

5. When drying each bean, 88% of the water is lost. This part of the farm smells more like a winery, and looking after the beans is a time consuming job with the beans being raked twice an hour over a period of three weeks. 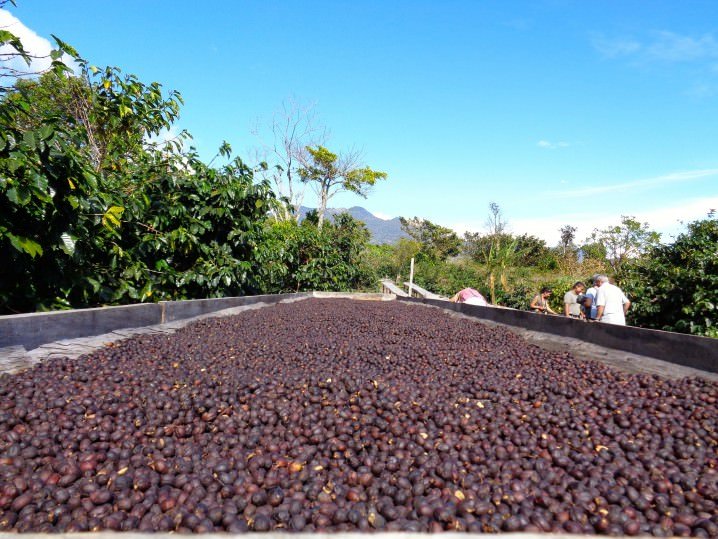 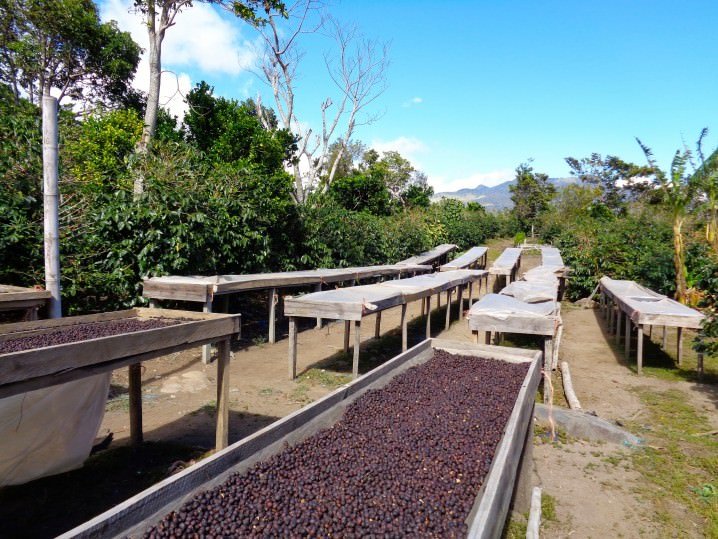 6. Then for the ageing process, where the coffee is put inside a bag for four months before being peeled.

7. Each coffee bean is then peeled using friction. The green coffee bean inside then gets exported after it has been sorted by size, shape, density and colour. 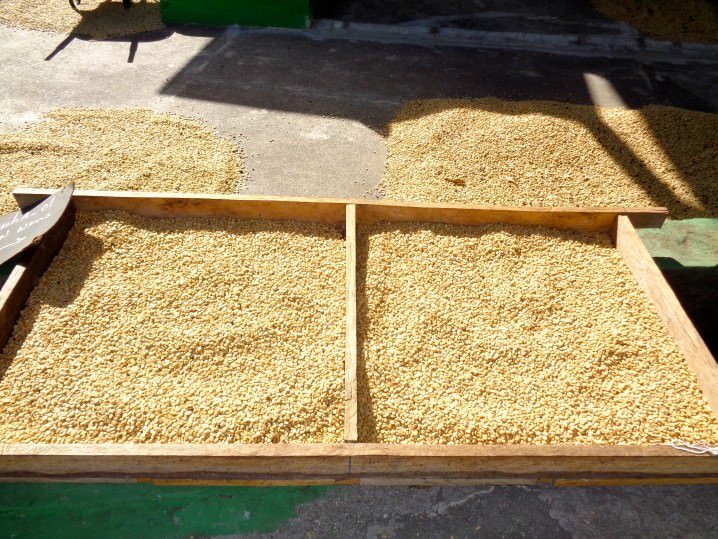 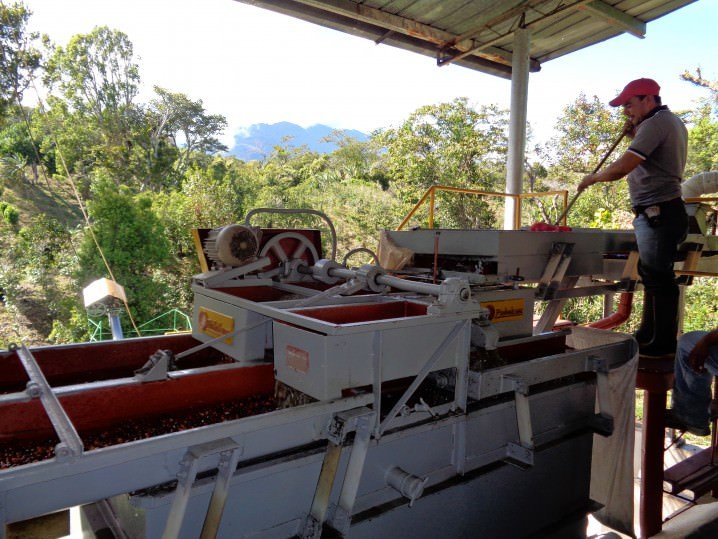 8. After being put in vacuum bags – it’s ready to be shipped.

The whole process from planting the coffee seed in the ground takes 5 years – a long time to wait for a decent cup of coffee! You can buy coffee from here to enjoy a cup when you return from your trip. 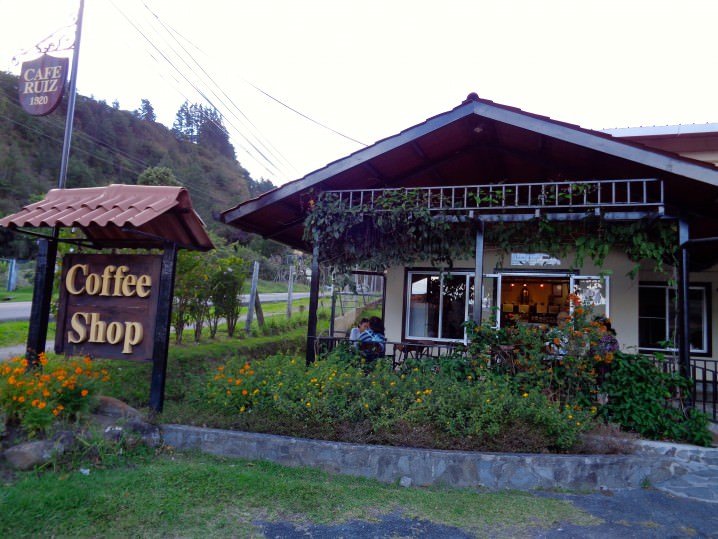 I’ve love to get your thoughts. Have you tasted Kopi Luwak or Black Ivory coffee? 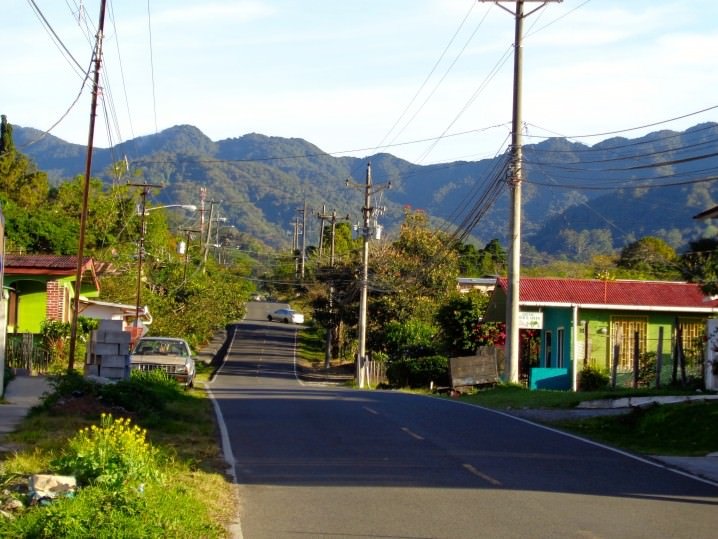 I booked my coffee farm tour through Hostel Gaia in Boquete, which cost $35 for a half-day and you get picked up and brought back to the hostel. Hostel Gaia is so peaceful and has more of a homely feel than a hostel. It seemed to attract the quieter, mature traveller instead of those who wanted to party.

Everywhere in Boquete is walking distance and the area is perfect for solos wanting to escape a city and enjoy some mountainous fresh air and the outdoors. 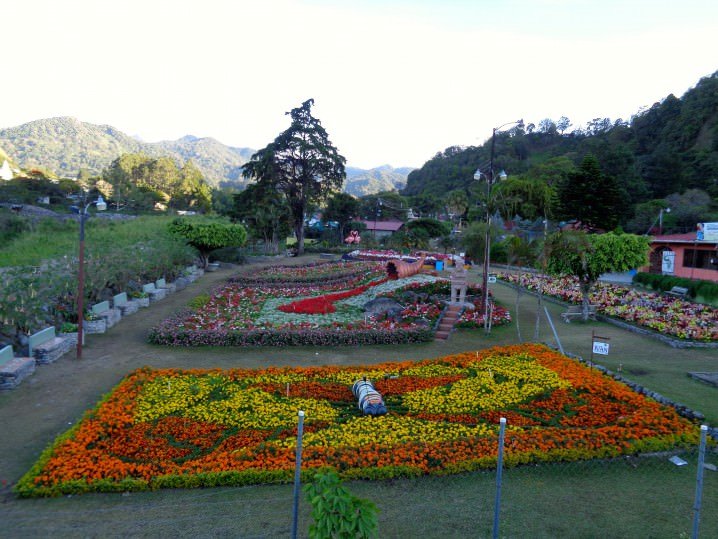 TIP – Boquete does have a Flower Festival each year in January, which attracts people from the nearby city of David, with its pretty floral displays and evening entertainment. At night the music is so loud that it can be difficult to sleep in the early hours so you may want to avoid this time if you want to get a decent night’s rest.

I travelled to Boquete from David on a yellow chicken bus which took one hour. Buses leave frequently every hour and cost $2. 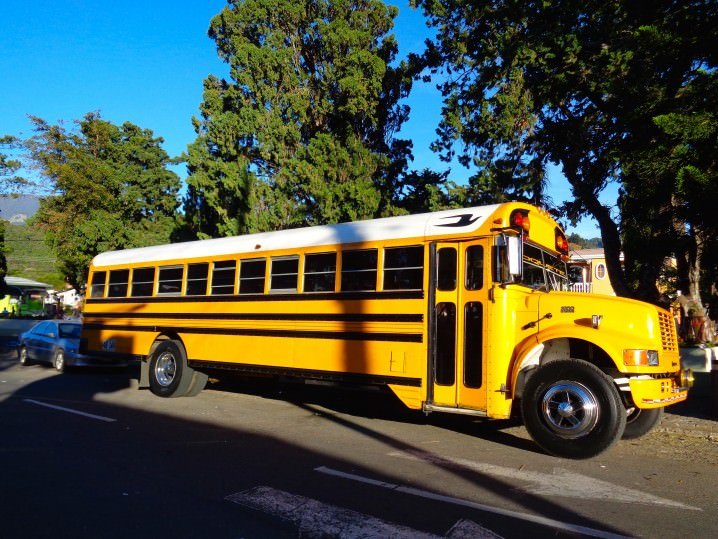 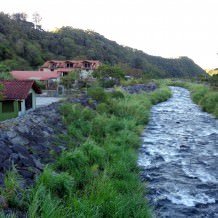 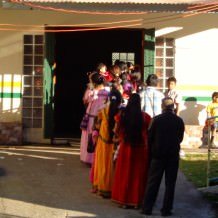 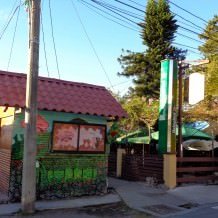 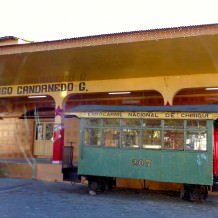 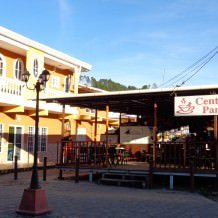