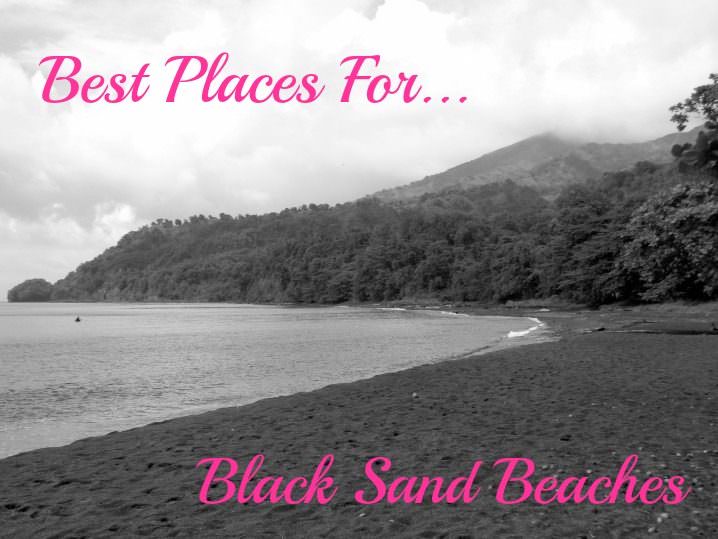 Although we associate a stunning beach with white crystal sand, we can’t forget that black sand is just as impressive. Found on volcanic islands, black sand beaches should definitely be on your solo bucket list. 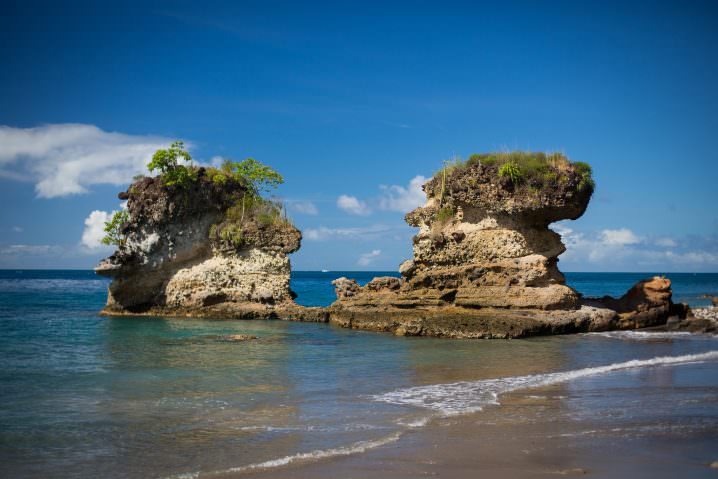 In Saint Lucia the only white sand is imported. Being a volcanic island most of the beaches are black sand. This Caribbean island has stunning scenery and is incredibly lush with a mountainous terrain. Anse Chastanet can be difficult to get to but you’ll avoid the crowds on this black sand beach or visit Anse Couchon perfect for snorkeling. 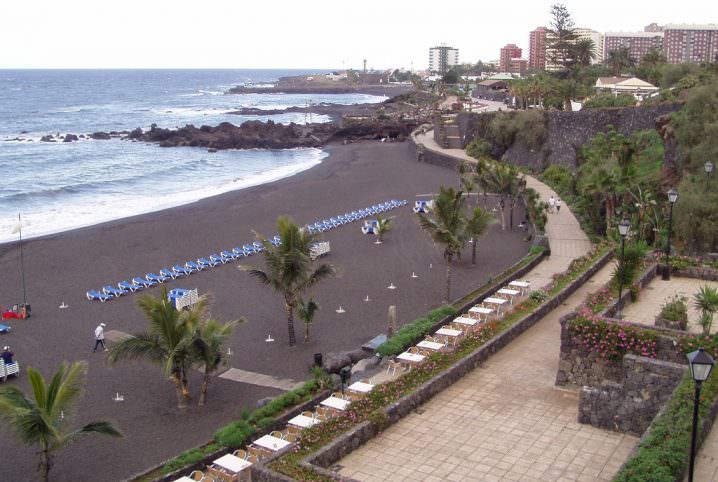 Known as part of Spain, the Canary islands are a chain of volcanic islands off the northwest coast of Africa. You may be visiting just for the nightlife and party atmosphere but head north away from the touristy town of Playa del la Americs and you’ll find plenty of black sand to take stunning pictures. Valle Gran Rey in La Gomera has the longest beach or visit the small beach of Los Cancajos on La Palma for rocky inlets. One of the most picturesque black beaches here is El Golfo beach nestled between the ocean and a green lagoon. 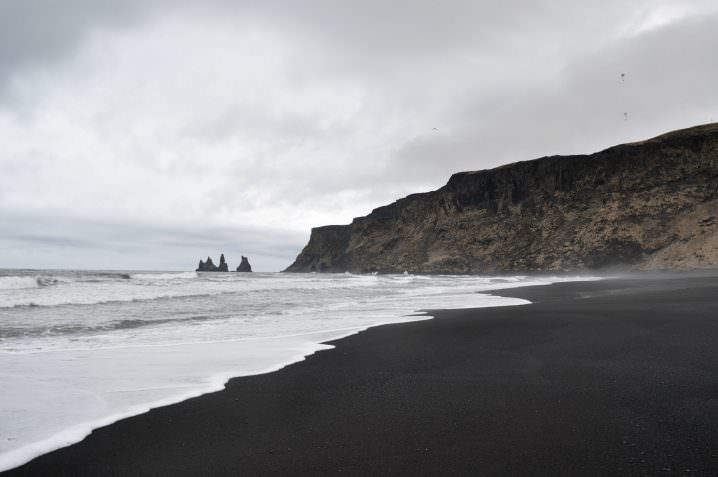 Once nominated for one of the most beautiful beaches, Vik Beach in Iceland is a black sand beach located in the south of Iceland. This beach comes with its adventure being constantly flooded due to its position beneath the Myrdalsjokull glacier. You can’t swim here but it’s definitely worth a photo opportunity next time you’re in Iceland. 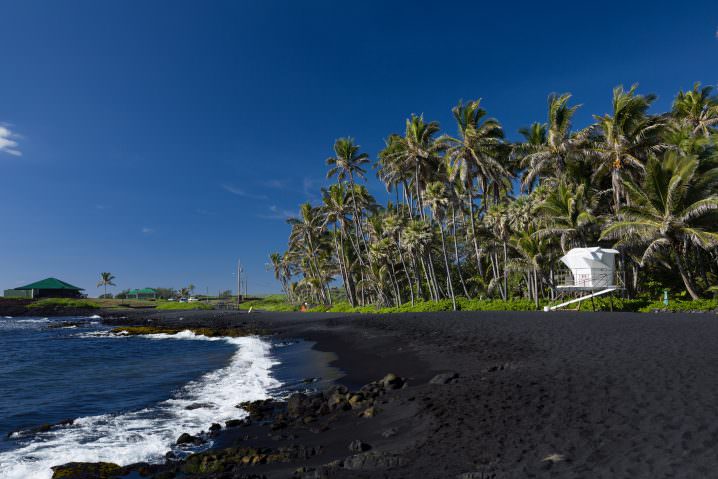 Hawaii has got to be the Queen of black sand beaches. There’s Oneuli Beach where you can hike on Lower Trail and camp on this secluded beach, Honokalani with lava cliffs and caves, and Waianapanapa Beach – one of the most beautiful black sand beaches here. Kehena Beach in Hawaii is allegedly a nudist beach. But it’s not just topless sunbathers that you’ll find here as also known as Dolphin Beach, dolphins are often found here too. 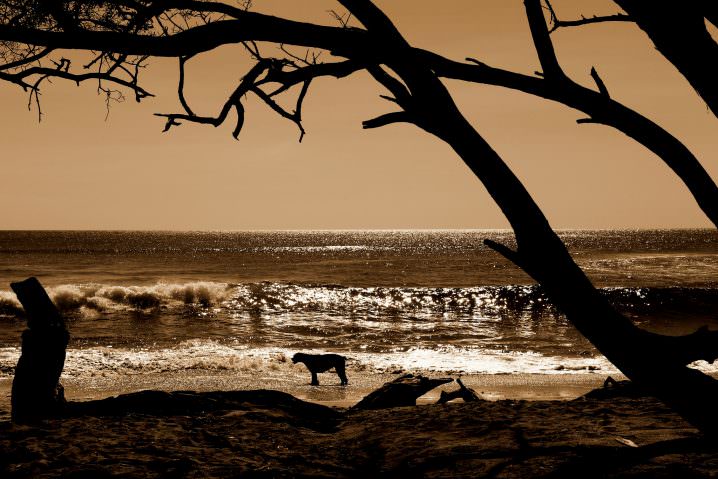 Playa Negra (Spanish for ‘black beach’) can be found on the Caribbean coast near the city of Cahuita. This area is one of the country’s only living reefs and is near to Cahuita National Park with thousands of marine acres. Visit during December to March and you’ll see surfers riding the waves along the black sand. 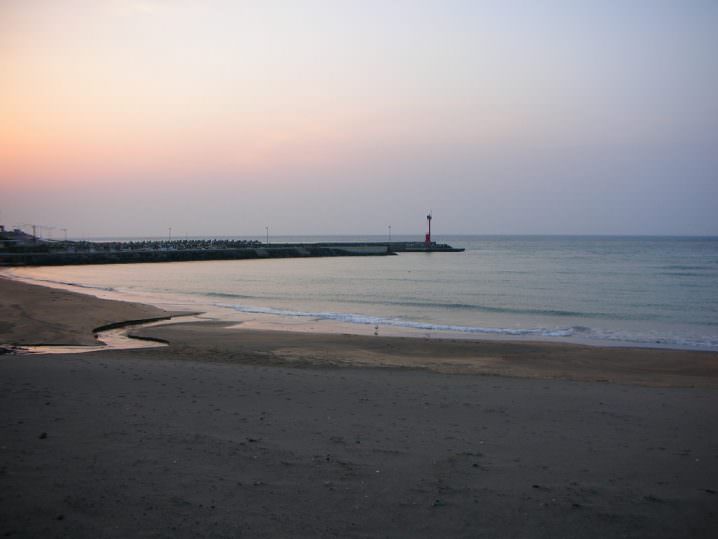 It’s not a country that springs to mind but Samyang Beach in Jeju, Korea is a volcanic island with black sand beach called Samyang Beach, thought to have healing properties. The volcanic soil comes from Halla Mountain which dominates the island. Being so close to the Jeju, the largest city of the island it’s popular with locals. 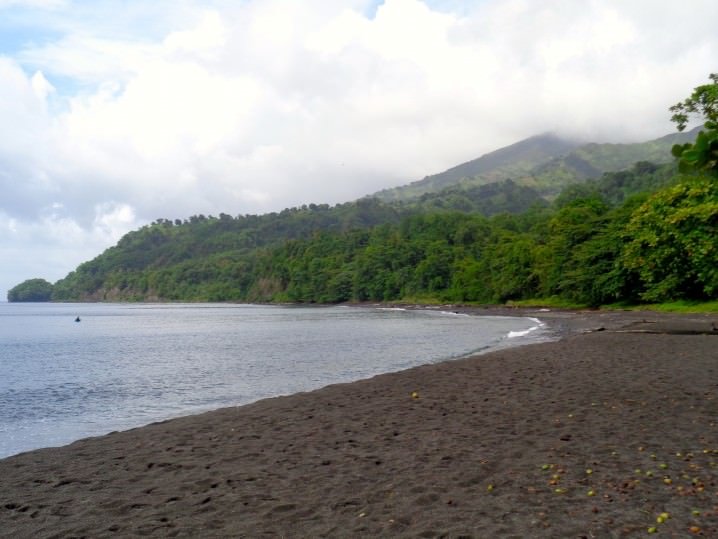 This gorgeous gem in the Caribbean is generally overlooked because it doesn’t hold the same attractions as Barbados for example. Most of the beaches here are black sand except for Indian Bay and Villa. This lush island is steeped in slave history and along the Coast at Chateaubelair you’ll find a stunning black beach with a nearby old mill to explore. For classic white beaches head to its neighbouring islands the Grenadines.