Today I stroked a Toucan, touched a Tapir and held a Boa Constrictor (a baby one admittedly but it's still a snake) and it's all in a day's work for a trip to the Belize zoo. You can even get licked by a leopard if the mood takes you! 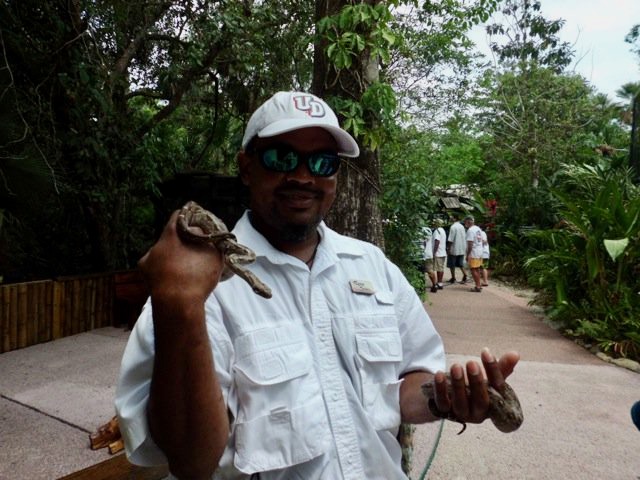 The Beginnings of Belize Zoo

This small zoo and Tropical Education Centre near Belize City originally began as a home for famous wild animals in 1983, who had starred in their own tropical forest documentary. Today, the dynamic little zoo sits upon 29 acres of tropical savanna and is home to over 150 (not all of them famous) native animals who were either orphaned, rescued, donated or born at the zoo, and all have a Belizean passport. 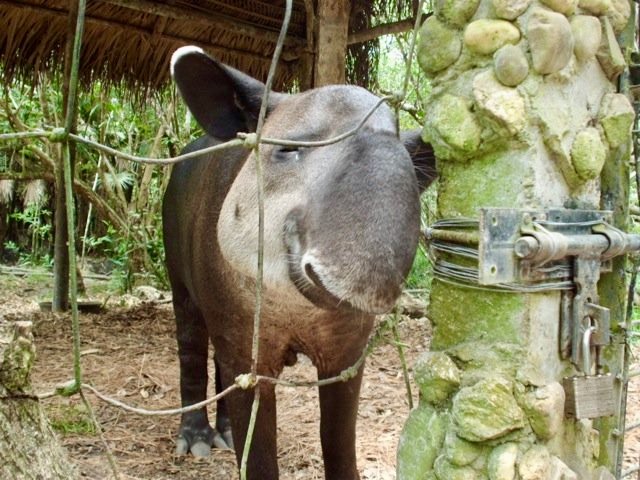 If you visit at the right time of year, you can even attend the birthday party of April the Tapir (I presume it’s in April) and his other friends. Tapirs are so common in Belize that warning signs of them crossing the roads are placed on certain areas of the highway. These giant animals who are half rhino and half horse with an anteater nose, can cause some serious damage upon impact. 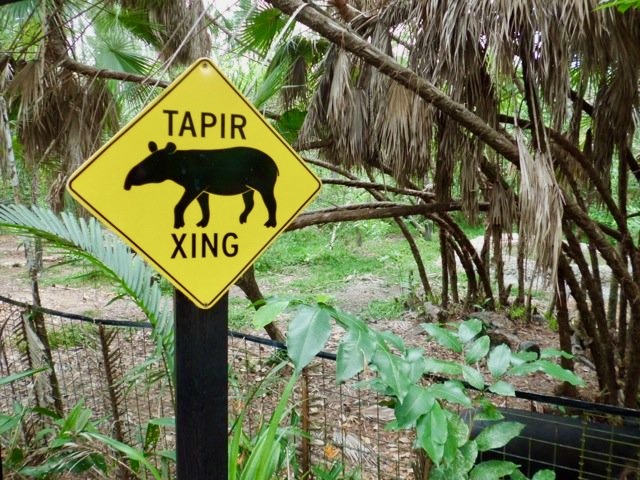 Belize is actually home to five species to cats (of the wild variety): the jaguar, puma, ocelot, margay and the jaguarundi. As cute as it looks, you wouldn’t want to get on the wrong side of this little fella. The Jaguarundi stalks its prey then pounces on it. Hunting both day and night its chosen diet consists of reptiles, birds and small mammals but occasionally it goes vegetarian and eats fish and fruit! 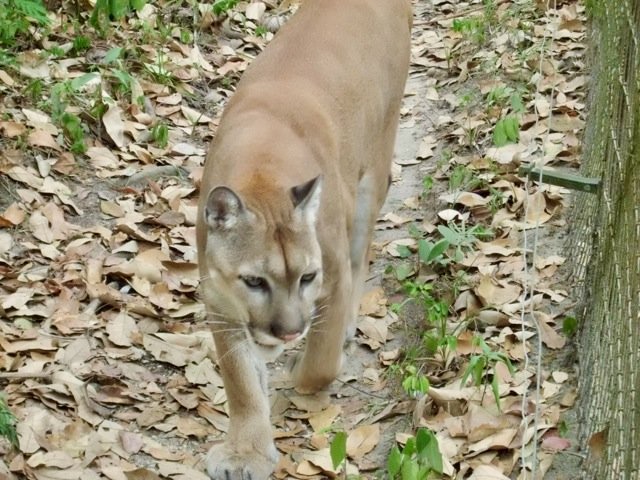 The Margay is the smallest of the cats and hunts at night eating birds, lizards, rodents and even medium-sized monkeys! But my favourite has got to be the mountain lion otherwise known in these parts as the puma or the cougar (a cat after my own heart). Cougars have long slender bodies with perky ears and are known for going after younger cats!

But there's not just cats in this cute zoo, there are lots of birds including this rather scary one: 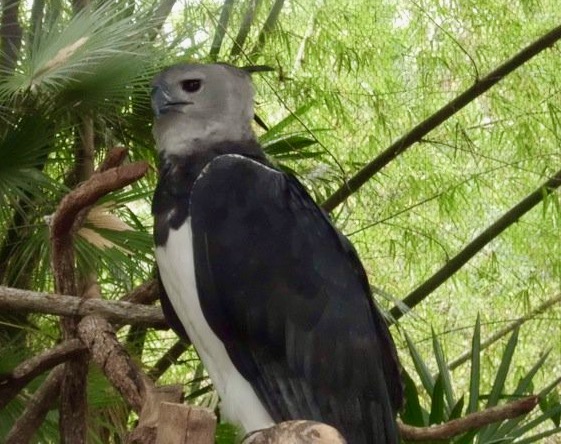 Don't be put off as there are nice-looking ones too such as colourful parrots and the rather friendly toucan. They are so tame that they will just let you stroke their colourful beaks (we are not encouraging you to put your fingers through the cage though).

This little zoo is a great introduction to the animals of Belize. 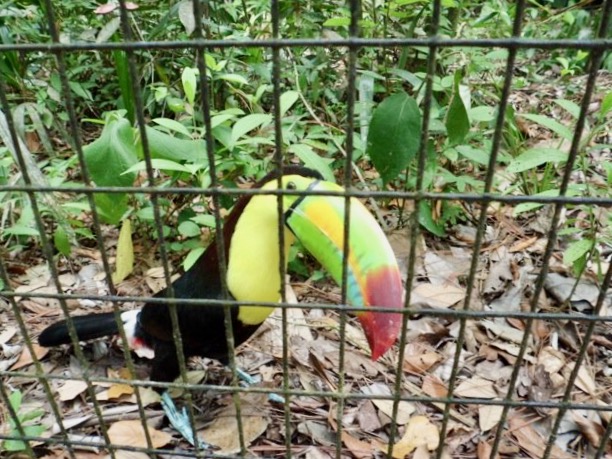 I gulped, hoping not to hear their ‘roar' when I was by myself at night. I had slept in a tent on a safari amongst big cats, hippos and elephants and I'd hardly had the best night's sleep in fear of the noises around me. 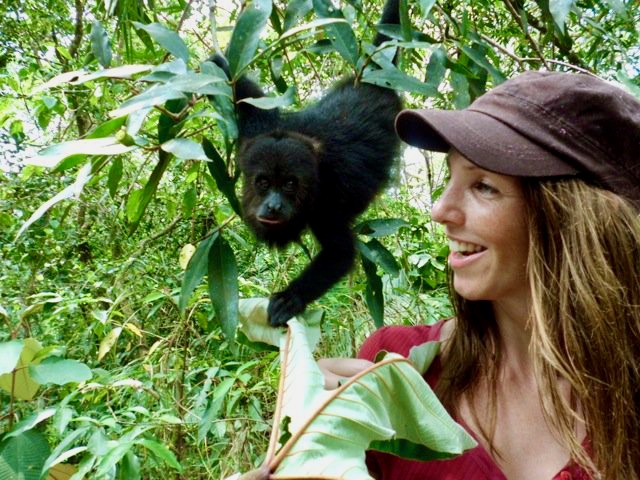 Say cheese! Hanging out with a howler monkey