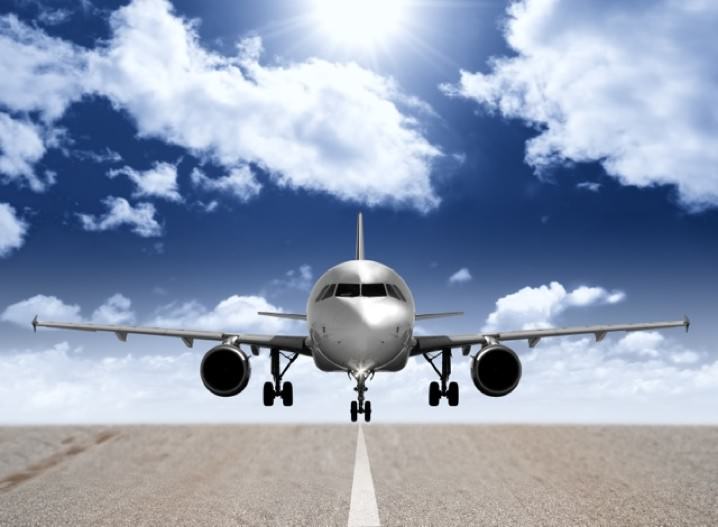 With so many comparison sites out there, it’s never been easier to book a flight. Gone are the days of paying a visit to your local travel agent and asking them to find the best deal. Although this is still an option, it’s just as easy to do it online especially if it’s a straightforward return that you’re after.

There’s no more need for paper tickets as e-tickets are now issued, and some airlines only require your passport to check you in, that’s if you don’t complete the online check in process beforehand which allows you to bypass the check-in desks at the airport and go straight through security instead (with your pre-printed boarding pass of course). If you are unsure how to book a flight for your solo travels, follow our guide below.

As soon as you know when you want to go, sign up for travel alerts for discounted airfares to your chosen destination. It takes the confusion out of searching for many different airlines at the same time and whenever there’s a sale, they’ll let you know and deliver it straight to your inbox. If you’re really on a budget then consider taking non-direct flights which although will take longer, can save you $100’s if you’re prepared to hang around in airports. Planning your trip outside of school holidays and Christmas will also save you money.

In the UK, some airlines sell flights for the same price as flights from London, so you can fly from Manchester to connect at London for your long-haul flight at no additional cost. This also means your baggage gets checked all the way through and the airline is responsible for getting you to your chosen destination should you be delayed.

Low cost airlines are a cost-effective way of getting to your destination but they are exactly what they say they are – low cost, so be prepared to not get any drinks, meals or even check-in luggage included. Although many include hand-luggage, they are extremely strict on the measurements and weight so check their baggage restrictions before you get to the airport or you could find yourself paying a small fortune. Although these “no frills” airlines are good for flying on a budget, it may be worth comparing them with other airlines which don’t charge for luggage.

Some travel websites offer discounts on airfares if you purchase a package, so you may find that adding accommodations and car hire could be cheaper than just the flight itself (this is usually true in all-inclusive packages too).

How To Book Your Flight

The more flexible you are with your dates – the better. Skyscanner has the ability to show flights for a whole month so you can work out the cheapest times to go during your chosen dates. If you’re unsure of your dates or even your destinations, look for tickets where you can pay more to amend your ticket. It may only cost $80 and will give you the flexibility you need. Some even allow you to change this more than once.

The general rule of thumb is that plane ticket prices cost more the longer you leave it. You can still get some last minute fares but this isn’t as common as you may think. Most airlines tend to get more expensive the closer you book to your departure date so make sure you don’t miss out on the best price. In Europe for example, buying your ticket at least a month before you go will guarantee you a better fare.

In fact, studies have shown that booking fifty-four days before you travel is the best time to get that deal on your flight for domestic airfares. Obviously each airline is different and this is a general consensus, but this shows that booking in advance anytime from one hundred-four days to twenty-nine days before travel guarantees the cheapest fare price. The best time to book international flights is generally at least four months before.

When looking at flying into your destination, look at different ways of getting there. Is it cheaper to fly into one destination and out of another by booking separate flights rather than a return ticket? Also check for a neighbouring country which may be cheaper to fly into, e.g. if your destination is Israel then consider flying into Jordan instead. Easyjet operate low cost flights to Amman in Jordan, which is usually cheaper than flying directly into Tel Aviv (although the border is very time consuming and can be tricky to cross).

Find a Flight For Multiple Countries

If you’re travelling to more than one country, consider an open-jaw ticket (flying into one destination and out of another). Say you’re flying into Paris and planning to leave from Berlin, you can either look at one airline which will fly into and out of both destinations or two separate airlines with one-way tickets as an alternative.

A multi-stop ticket is one that allows you to stop in more than one place and they are a great way to see more than one destination instead of booking several separate tickets. You don’t necessarily have to fly around the world for these, or in any particular direction.

If you choose to fly with a national airline, your flight may not be direct and you could find yourself having to change planes at their airline hub. For example, Air New Zealand’s hub is Auckland, so booking a flight with them will stop in Auckland if you’re flying from Australia to North America. Singapore Airlines will stop in Singapore, and Emirates Airlines in Dubai.

You can take advantage of these gateway points by using their hubs as a stopover and a chance to see the city. Most of these stopovers are free with just additional taxes to be paid. Also the airline may offer stopover packages which can be cheaper than booking a hotel independently.

Some airlines even offer additional flights for free as side trips. For example, Malaysian Airlines offers a free side-trip to places in Malaysia if you’re flying to Australasia so you can get an extra flight to Penang or Langkawi for free, provided you book accommodation for the duration of your stay.

Consider having a stopover if you’re travelling for more than twelve hours. Even if it’s just to sleep overnight in an airport hotel, it will make you more refreshed in the morning for your next flight.

Round the World Tickets

If you’re planning on exploring more of the world than just one continent, a round-the-world ticket can be so much cheaper than trying to book the flights separately. This is where travel companies can help as trying to book several flights in one go on the internet isn’t that straightforward, and having someone to advise you where you can travel to can help.

A round-the-world ticket allows you to travel the world covering many different continents and stopping in many destinations, and you can even go overland flying into one country and out of another to maximise your time travelling overland.

You usually either fly from west to east or east to west, and the amount of stops varies depending on the ticket and the airlines. Some fares are based on mileage flown and also include overland known as surface sectors. Prices vary from less than $1600 to over $3000, and the more stops you have the more expensive the ticket.

Flight tickets last for a year with the ability to extend the dates, but you generally have to book each sector (flight) before you go so choose one that’s flexible to change if you’re unsure of your dates. Round-the-world tickets are great value and definitely worth considering for more than one continent.

Examples of Round the World Tickets

If you are going through a hub and have a connecting flight, make sure you allow at least two hours connecting time. It’s also important to check if you need a transit visa even if you’re just connecting and not planning to stay in the country.

If you’re transiting in a country and have at least five hours to spare then you may be able to book a sightseeing tour. Changi Airport in Singapore offer a two hour sightseeing tour so you can see the city whilst you wait for your next flight. You can even swim at Dubai International Airport or use the gym, sauna or jacuzzi. If you’re feeling tired between your flights then see if your airport has a napping room that you can hire for a few hours to get some rest before your next flight.

If you’re likely to be taking a few flights on the same airlines or ones which are part of an airline network such as Star Alliance or One World, consider signing up for their frequent flyer schemes. Frequent flyer points can be collected each time you take a flight on certain airlines which can then be used for priority boarding, business class check-in and even free upgrades and flights.

Unless you are travelling in first class, business class or premium economy, expect your seat to be between thirty to thirty-four inches unless you get an emergency exit seat. If you want to treat yourself to extra legroom, you could consider upgrading your flight.

Many airlines offer Premium Economy which is more comfortable than economy but far cheaper than business class. You get a larger seat, priority check-in and served quicker than if you were in economy class. If you’re flying long-haul and have a night flight, upgrading is a good way to get a better night’s sleep.

British Airways, for example, have World Traveller Plus and offer sector upgrades for shorter distances. Look at upgrading your longest sector to get your money’s worth. Other airlines offering Premium Economy are Qantas, Air New Zealand, EVA Air, Virgin Atlantic, Air France and Japan Airlines to name a few.

You may even be lucky enough to fly on the Boeing 787 Dreamliner used by some of the big airlines such as British Airways, Virgin, United, and Qatar Airways on certain routes. With state-of-the-art seatback TVs, larger windows to see the horizon, charging points and more oxygen, they enhance your whole flying experience.

TIP – If you have more than one flight on your ticket, don’t skip a flight. As soon as you don’t turn up at the airport for that flight, you’re classed as a ‘no show’ and they will cancel subsequent flights, so you could find yourself without a return ticket home.

Before you leave for your trip make sure you allow enough time to get the airport. If you’re flying internationally then the recommended arrival time is two to three hours before your flight. For domestic flights it’s between one to two hours.

Find out how to get to the airport and don’t leave it to the last minute. Allow for any rush hour or unforeseen traffic accidents to ensure you arrive in plenty of time. If you’re travelling in style, you can even arrange to be picked up in a limo for your transfer to the airport.

If you do get there with time to spare, consider booking an airport lounge. They’re actually really affordable (from $30) and are no longer thought off for just rich business men. You get free Wifi, drinks and food and you get to relax in a more comfortable setting than waiting at a departure gate. Plus some even have their own travel spas so you can have a massage or manicure whilst you’re waiting for your flight.

Steps to Booking Your Flight

1. Decide where you want to go.

2. Look at flights for possible routes.

3. Sign up for a travel alert on various websites to get deals delivered to your inbox.

5. Book your flight on a credit card for extra protection should the airline cease operations.

NI Direct – Items you are unable to take onboard a flight

Hoppa – Prebook transfers to and from the airport

Skyscanner – Compare flight prices and set up a price alert