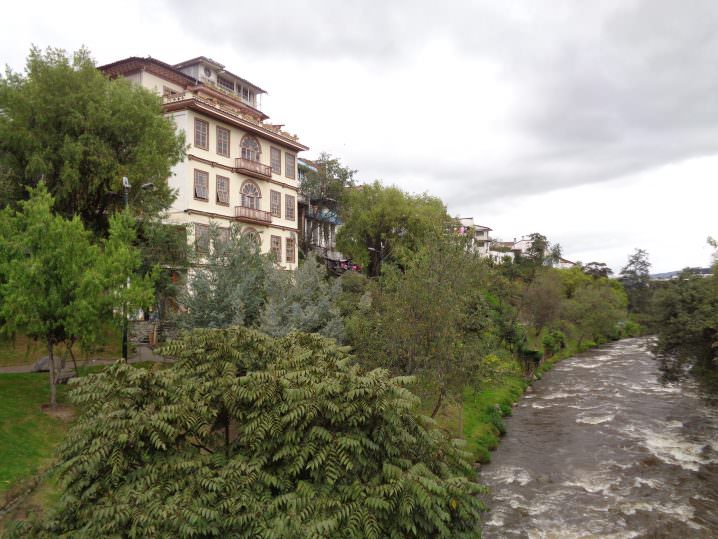 If you're planning a trip to Cuenca, discover my top 7 things to do in Cuenca

According to retirement magazines, Cuenca is a top destination for expats. This UNESCO World Heritage Site is the third largest city in Ecuador (after Guayacil and Quito) and has a population of less than 300,000 people. Cuenca is a stunning colonial city at a lower elevation than Quito with a year-round mild climate.

Having lived in Medellin as an expat, I was tempted to know what one of its rivals was like. Medellin was a vibrant city which attracted 20-40 year old entrepreneurs, Cuenca as I soon found out after attending an Expat evening, was more catered towards to the older crowd. But after spending six days in this beautiful city with gorgeous architecture, I could totally see its appeal. Here are my top things to do in Cuenca as a solo. 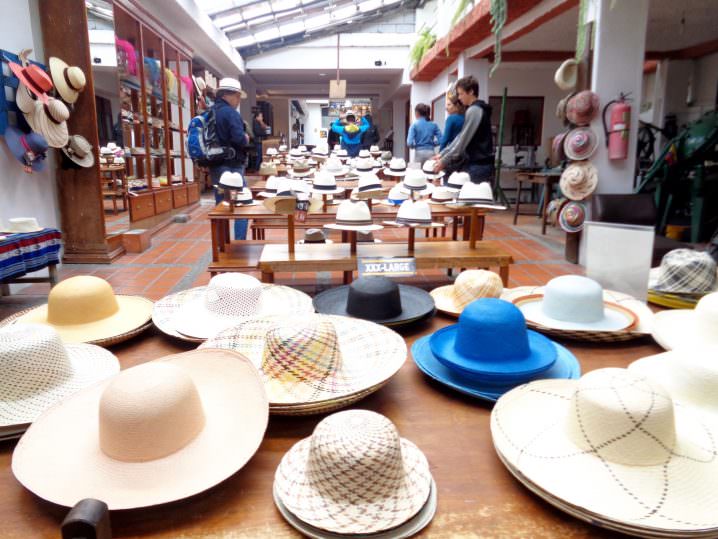 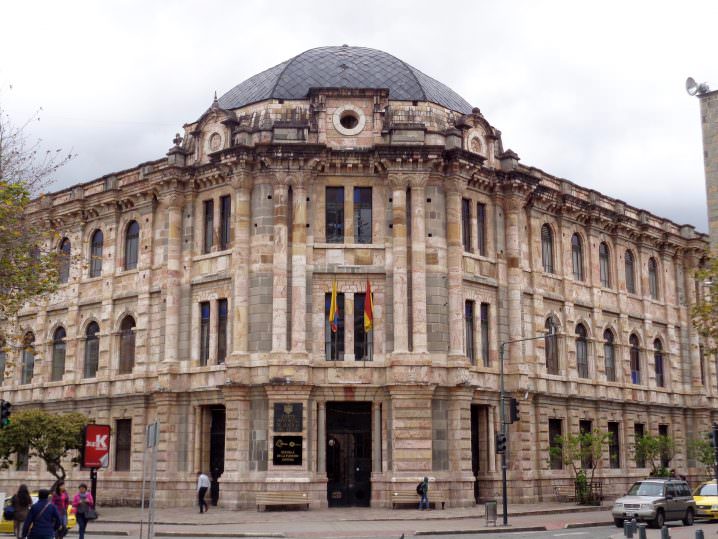 The museums here are meant to be world-class but only having time for one, I visited the Panama Hat Museum. Did you know that the Panama Hat was made here and not in Panama as most people think. Apparently it was initially made in Ecuador but first sold in Panama. The Panama Hat Museum won’t take you long to look around but it has a colourful array of hats to try on. For history of the indigenous people of Ecuador and also of the county visit Museo Banco Central.

2. Walk Around The City 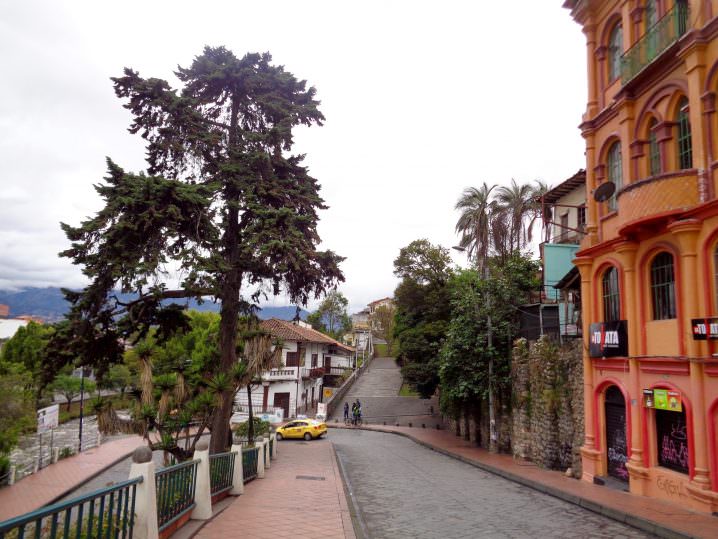 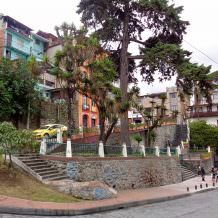 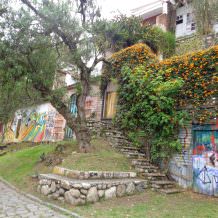 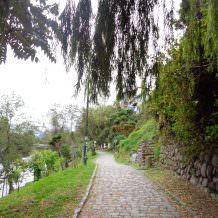 Cuenca is a really pretty city with cobblestone streets and pretty buildings with terracotta roofs and balconies made of iron. It is a perfect city for strolling around on foot. You’ll find a few parks in the city where you can sit on a park bench and just reflect or take a stroll along the river, and absorb the scent of the giant eucalyptus tress which line its path. You’ll find others walking and jogging along the river. 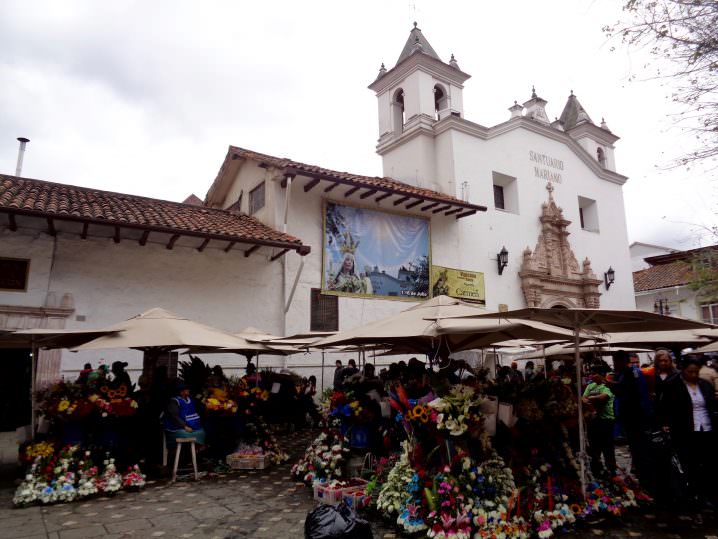 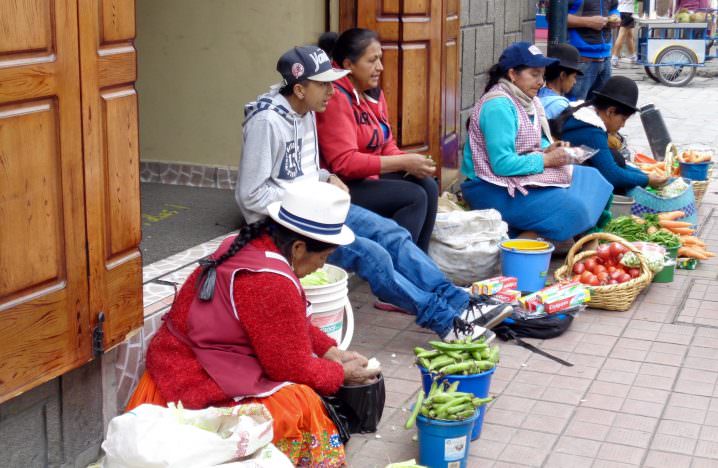 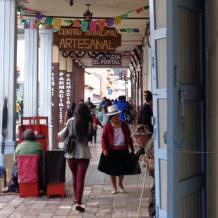 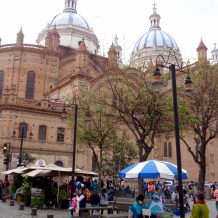 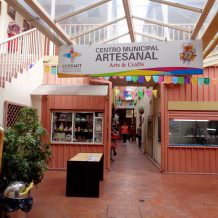 Ecuador is one of the biggest exports of roses and the flower market at Parque Calderon is a colourful display and a great photo opportunity for would-be photographers. You’ll see Ecuadorians in traditional dress selling their produce within the markets, and even just sat on the streets outside.

The Plaza de San Francisco Market is a place to spot locals and you can pick up a souvenir or two. The indigenous markets here are definitely worth a visit even if you don’t want to buy anything. Try to avoid Saturdays which is the busiest day. 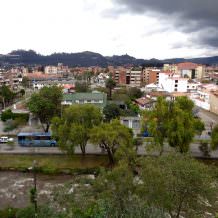 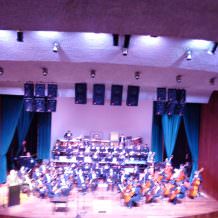 The best thing about this city are the free concerts which you have to pay for in Quito. You can listen to the melodic tones of the Cuenca Symphony Orchestra, and the University of Cuenca Symphony Orchestra, all for free. I visited a classical concert at the Old Cathedral which had great acoustics. You can find out more about live music events at the tourist office in El Centro.

If watching traditional dancing is more your thing head to the upper floor of the Panama Museum where there is a cafe and free displays of traditional dancing. You just put a tip in their hat at the end. The view is great from here too.

5. Visit a Church or Cathedral 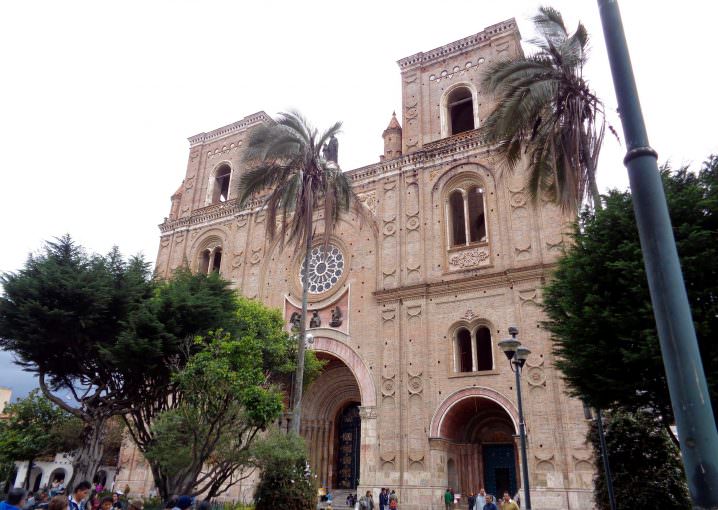 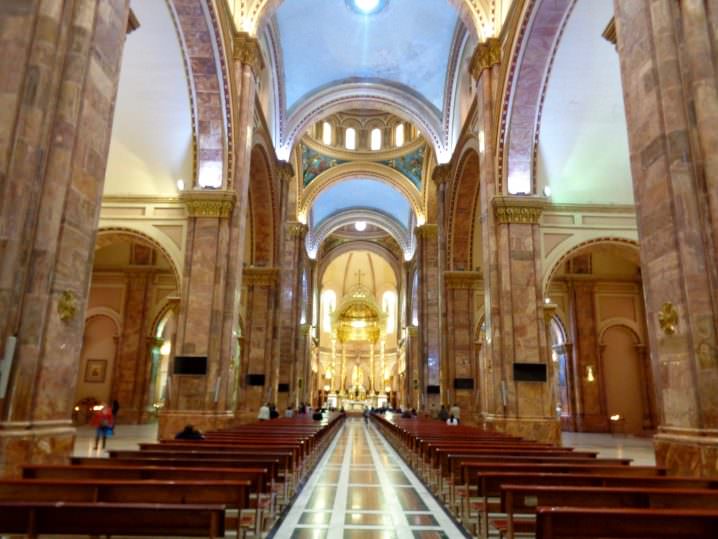 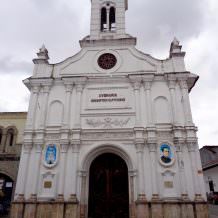 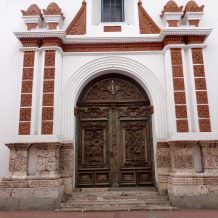 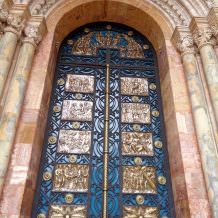 The Cathedral of the Immaculate Conception is my favourite. This pink building is a mix of Italian marble, and Spanish stained-glass, and it’s easy to see why this tall stunning piece of architecture took approx 100 years to build it.

The Old Church was built in 1557 and is now a museum with giant murals as high as the ceiling. If you’ve haven’t yet seen Leonardo de Vinci’s The Last Supper – now’s your chance to see a representation of this Renaissance masterpiece. The Church of El Carmen de Asuncion is known for its monastery or visit the Old Cathedral which was built during the same year that Cuenca was founded. 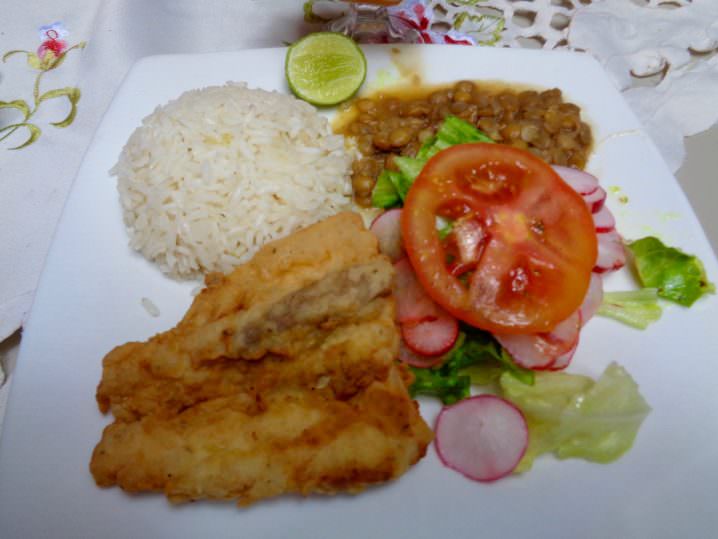 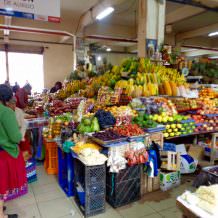 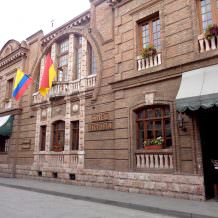 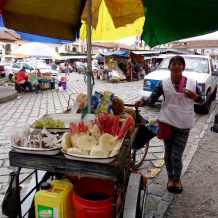 With three-course meals costing as cheap as $4, there is no excuse not to eat out here. The most famous food here is called hornado and fritada which is basically giant barbecued pigs. Go upstairs in the food market hall to be served pieces of pork fresh from the pig. Not one for vegetarians. If you prefer not to eat in a market, there are Italian restaurants and high-class restaurants where you can eat a slap-meal for a reasonable price. If you get peckish late at night the food court is open until 9pm. 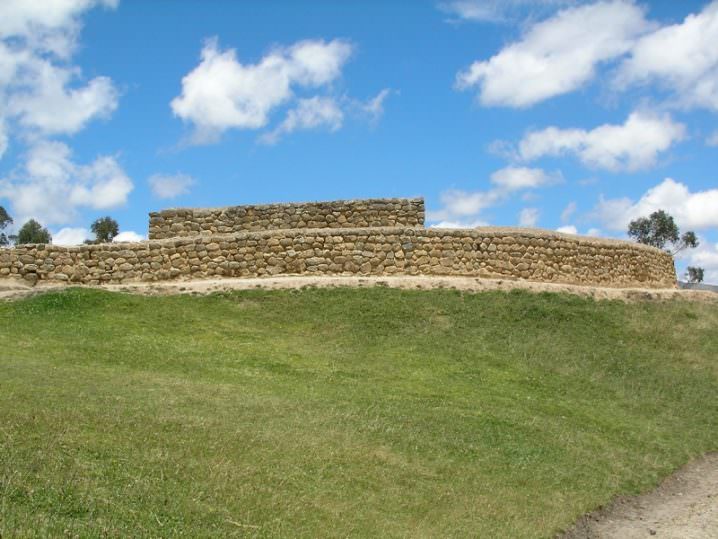 You don’t have to go all the way to Peru to see Inca ruins. Just outside out of the city is Ingapirca built in traditional Inca style using blocks of stone cut to such precision. You can learn about daily life inside the reconstructed home or at the small museum and see how the Cañari and the Incas used to dress. With a temple of the sun, it is said to be the best ruin you’ll find in Ecuador and the largest. Plus you can catch a glimpse of a llama or two.

There are lots more things to do here such as a visit to the hot springs and several day trips. You can find things to do in Cuenca through Gringo Tree, Gringo Post, and Cuenca Highlife.

Preferring the expat life in Colombia, I still think that Cuenca is worth a visit. I just won’t be moving there yet 😉

How good is Cuenca for solos? Cuenca feels incredibly safe but as anywhere just be careful at night. I give it 4 stars.